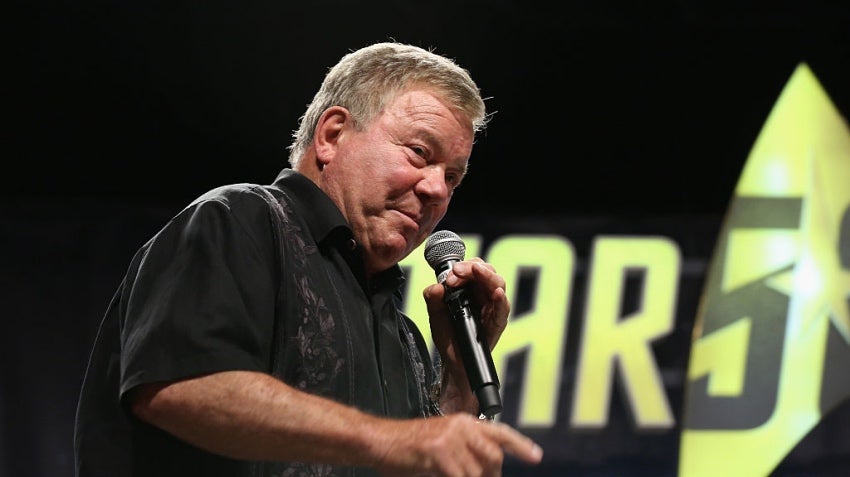 Captain Kirk shocked thousands of Trekkies Saturday by admitting that Star Wars is the reason we have Star Trek today. Now, can there finally be peace between the fandoms?

“Star Wars created Star Trek. You know that?” he said.

Speaking at the Star Trek convention in Las Vegas, William Shatner said the franchise owes its success to the box office dynamo that was George Lucas’ Star Wars Episode IV: A New Hope. While it’s true that Star Trek came out a decade before that (put those keyboards down, Trekkies), it also got cancelled after three seasons, with little hope of it ever returning.

“Every year, there was the threat to be canceled. The third year, we were canceled, and everybody accepted it,” he said.

Shatner said Star Wars got people so interested in scifi that, of course, Star Trek was going to be brought back from the abyss. Star Trek: The Motion Picture was released two years later.

“At Paramount Studios, they were running around bumping into each other. ‘What do we got?! What do we got to equal Star Wars?'” Shatner told the crowd. “There was this thing that we canceled, under another management, it was called Star Trek? Let’s resurrect that!”

While Star Trek: A Motion Picture wasn’t nearly as good or successful as Star Wars (Shatner called it “flawed”), that didn’t stop them. The movie series continued and now Star Trek is one of the top-grossing sci-fi franchises of all time. Star Trek: Beyond has made almost $US200 ($263) million worldwide so far, and the new CBS show, Star Trek: Discovery, is on the way.

So why have captains Kirk, Picard, Sisko, Janeway, and others thrived, despite coming out of Luke Skywalker’s shadow? Shatner thinks it has to do with what kind of stories Star Trek likes to tell.

“Star Trek, at its best, tells human stories,” he said. “Star Wars was grand, like opera. It was huge with great special effects. It was a marvelously entertaining film, but it wasn’t specifically about people the way those Star Treks were.”