This Fire And Tornado Combination Is What Nightmares Are Made Of 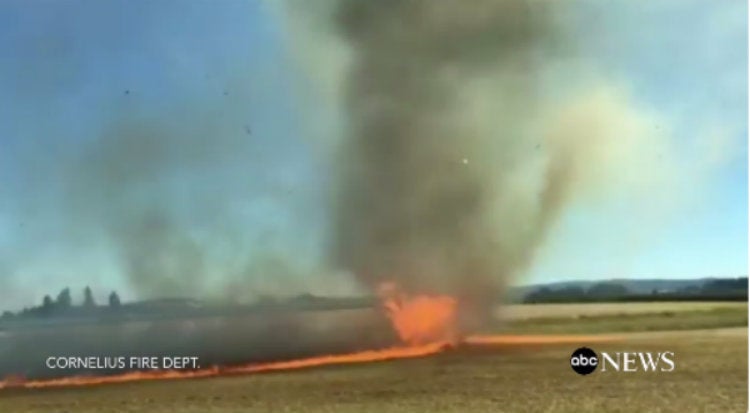 As if tornadoes aren’t destructive and terrifying enough, there’s a ‘firenado’ which scorched five acres this weekend in Oregon.

This isn’t exactly a new phenomenon, but it’s still terrifying. Here’s video of a bigger firenado from 2013 in Australia.

“The core of a typical fire tornado is usually about 1 to 3 feet wide [30 to 90cm] and 50 to 100 feet tall [15m to 30m],” Jason Forthofer, a mechanical engineer at the US Forest Services’s Missoula Fire Sciences Laboratory in Montana told National Geographic in 2010. “But under the right conditions, very large fire tornadoes — several tens of feet wide and more than a thousand feet (300 meters) tall — can form,” Forthofer added that the internal temperature inside a fire tornado can reach 1100C, which would be able to reignite ashes that are swept up by the tornado. According to local news, there were no injuries or structural damage.

Why hasn’t this horrifying phenomenon been turned into a winter blockbuster?