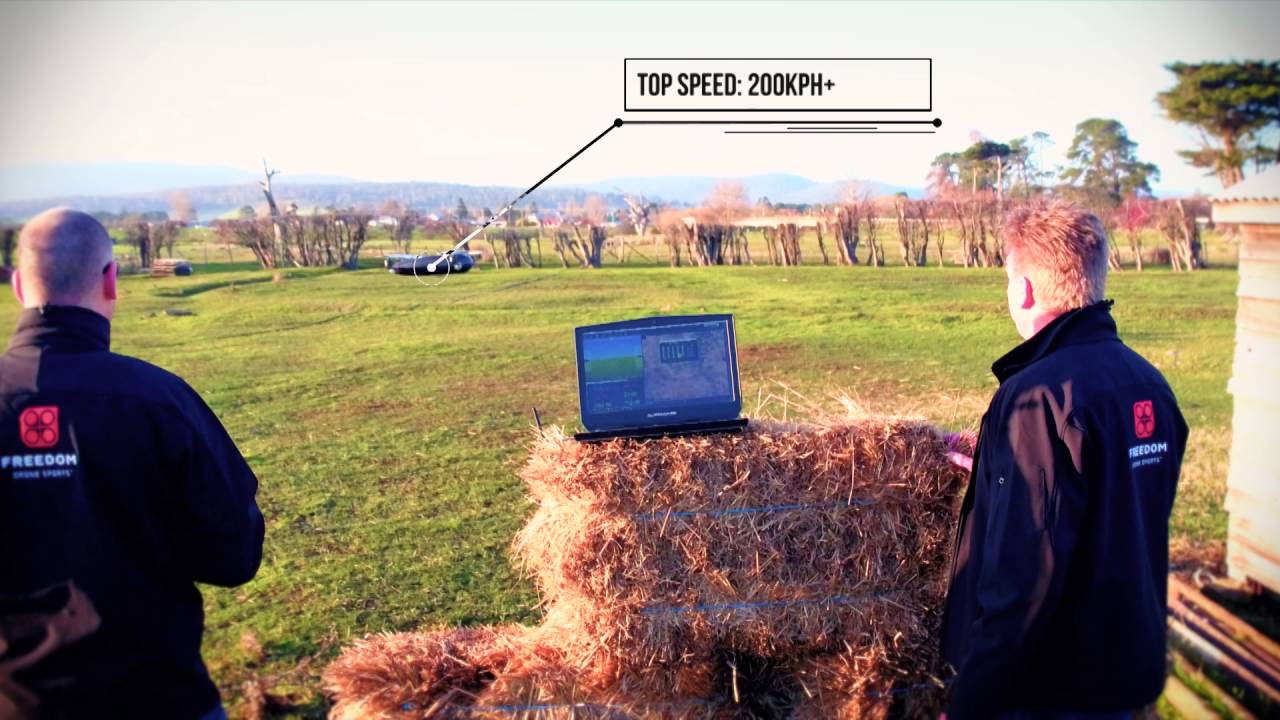 By now, it’s highly likely you’ve heard of drone racing. Tiny drones, hitting speeds of up to 120km/h, flown through underground carparks and abandoned buildings by pilots wearing goggles which give them a hair-raising first person view of the action. Now, in Australia, a group has built a 1.5-metre 30kg racing drone that can hit 200km/h.

The sport has been quietly gaining momentum as drone technology improved over the past several years, but finally hit the mainstream largely due to a group of Australian enthusiasts whose clandestine meets on the east coast resulted in viral images like this one:

Then came the first “Drone Nationals” held in the USA in July, and won by an Aussie, Chad Nowak.

This year, the Drone Racing League was founded and funded by the owner of the US NFL Miami Dolphins league. South Korea now has a 1,395-square-metre arena for people to fly and race drones in: It’s been a rapid rise, but one group of Aussies – and a Kiwi – think they’re staying ahead of the curve.

Freedom Drone Sports are well on the road toward launching “Freedom Class”, a category with a notable point of difference compared to regular racers. This:

That’s their “V1” – a 1.5 metre, 30kg monster they say is capable of carrying a 300kg payload. The team is led by CEO Chris Ballard, who featured in some of those underground videos last year.

They’re working hard to get all the technical details and regulations in place, and have been teasing out pics for months on their Facebook site. And last night, they uploaded the ultimate teaser – a (very) brief proof of concept. In the video above, you can see the first footage of the V1 in action — but blink and you might have missed it.

But did you see the claimed speed it was capable of? 200km/h.

It’s polarising viewers. The haters say it’s not enough, the believers just want it to happen faster. But there’s a lot on the line – last weekend, the inaugural Australian Nationals were run on the Gold Coast. Up for grabs was sponsorship to compete in the World Drone Racing Championships in Hawaii later this year.

One of the winners was 12 years old, in a sport which is being spoken about in terms of “the next F1” and figures of $20 billion a year are bandied about. The winner of the most recent championship in Dubai took home $250,000.

So it makes sense that the Freedom Drone Racing team want to get it right. They’re already promising a “spectacle in the middle of Melbourne over the Yarra off Central Pier, hopefully before the end of 2016”:

If – or, as it looks to be the case, when – it lifts off, “spectacle” sounds like the right word. Watch this space.