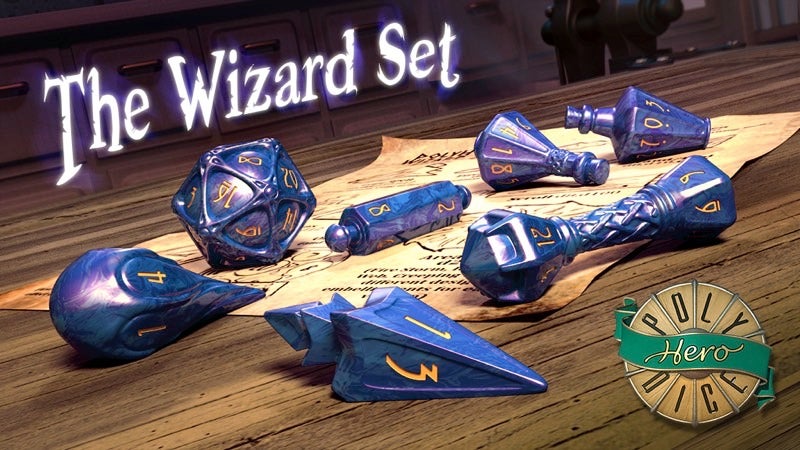 The crafty magicians behind the 3D printed PolyHero Wizard dice set have already obliterated their Kickstarter goal, with a week left in the campaign. Clearly, there's a very specific need being met here. There's still time to pledge to get your own set — and to add even more crazy colours to the collection. Each classic seven-piece set comes with the following: Four-sided bolt, six-sided fireball, eight-sided scroll, 10-sided potion, 10-sided percentile potion, 12-sided wand and 20-sided orb.

Kickstarter backers also get a two-sided dice shaped like a spell book, a nifty conversation piece which will not be available anywhere else, and makes up for the fact that a fake beard is not included among the perks. 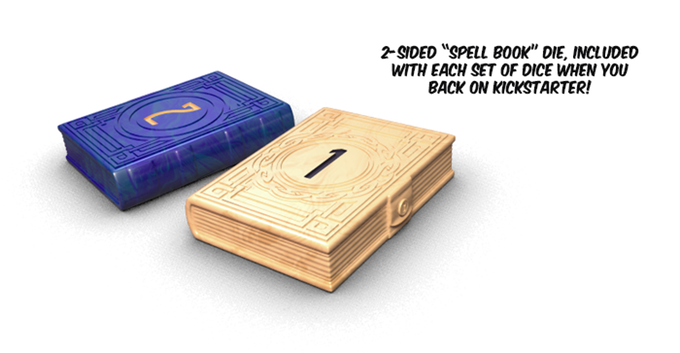 The shapes are very cool, but maybe the best thing about these dice are the creative colours. Currently, backers can choose from six shades: Lapis Lazuli with Glittering Gold, seen in the top image here; the more classic Parchment with Black Ink; the clear Ethereal Ice with Burning Blue; the purple Violet Storm with Lightning; and the two most sinister-looking, which are Dragonfire with Brimstone (transparent red) and Shadow with Demon's Eye (black).

There are also six more potential colours, two of which will be selected via vote on PolyHero's Facebook page if the campaign meets its stretch goal (which is looking very likely at this point). They are all nuts, but this vibrant pink set is particularly eye-blindingly fantastic.