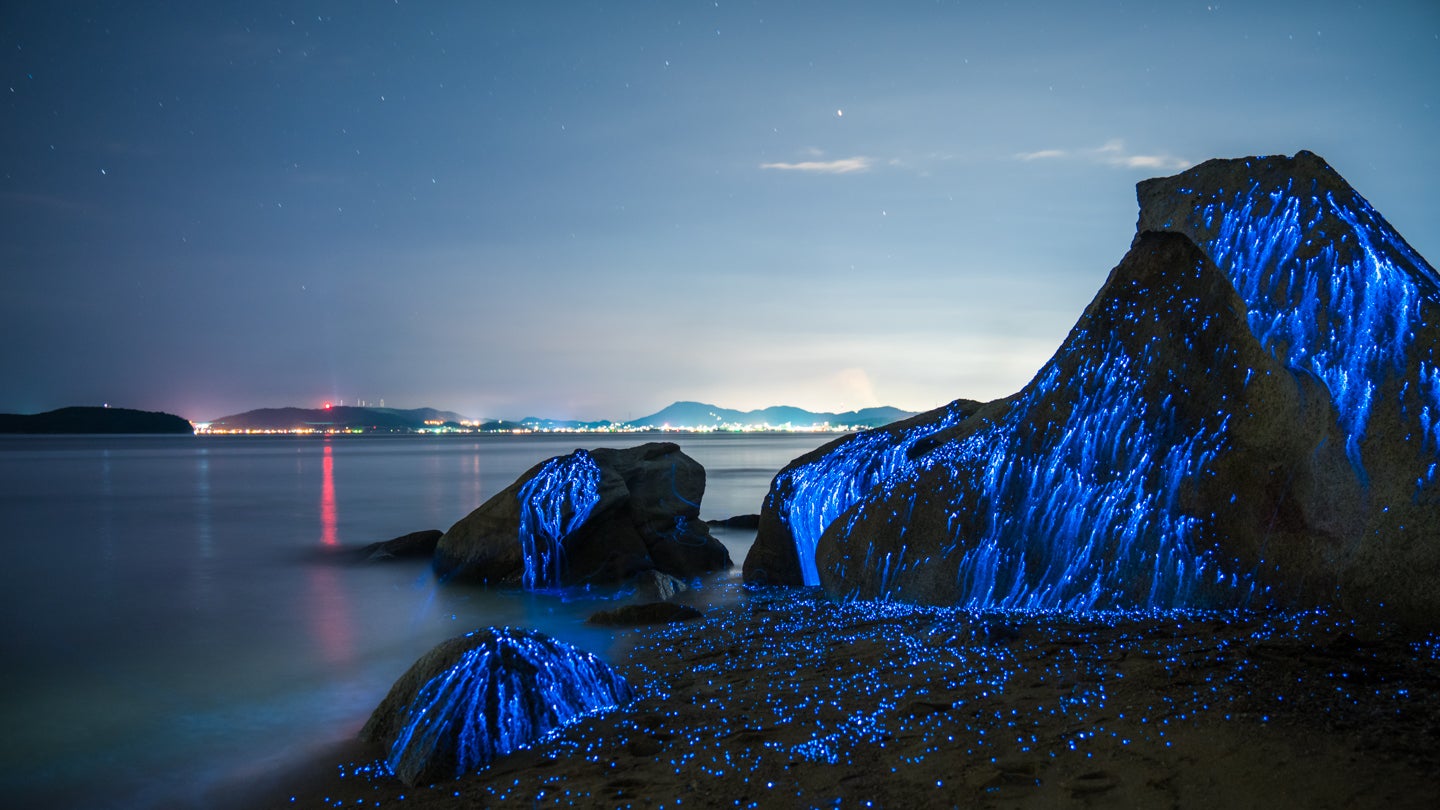 Looks at first like somebody threw a bunch of glowing beads on some rocks, but what you see here is actually alive.

In a series titled “The Weeping Stones”, Tdub Photo, a photo and video company based in Japan, were able to photograph a group of bioluminescent shrimp, which they poured over rocks in the Seto Inland Sea in Okayama, Japan to give the appearance of tears. Bioluminescence is one of our favourite biological tricks in nature, and to see it so beautifully depicted here might make our week.

But it wasn’t as simple as finding the shrimp in their natural state, so they needed to get creative.

The creatures are known as Vargula hilgendorfii, or more commonly, sea fireflies. They’re about 3mm long and indigenous to the coasts off southern Japan. They typically live at the bottom of shallow water and come out at night, where Trevor Williams and Jonathan Galione, the duo behind Tdub, were able to fish them out.

“They generally live in the sand in shallow water so you often see them being washed up on the shore, but in order to get quantities like we use in our photos you have to fish them out,” the duo wrote on their website.

They used preservative jars that had lids with drilled holes, rope and some raw bacon, and then covered the jars with duct tape (to prevent the jars from breaking when submerged in water). They put the bacon inside the jars and sank them in the water for up to an hour, where the shrimp were attracted to the bacon smell (we would probably end up in the same predicament). Then the contents of the jars were poured out over the rocks, after which one of them took the shots. 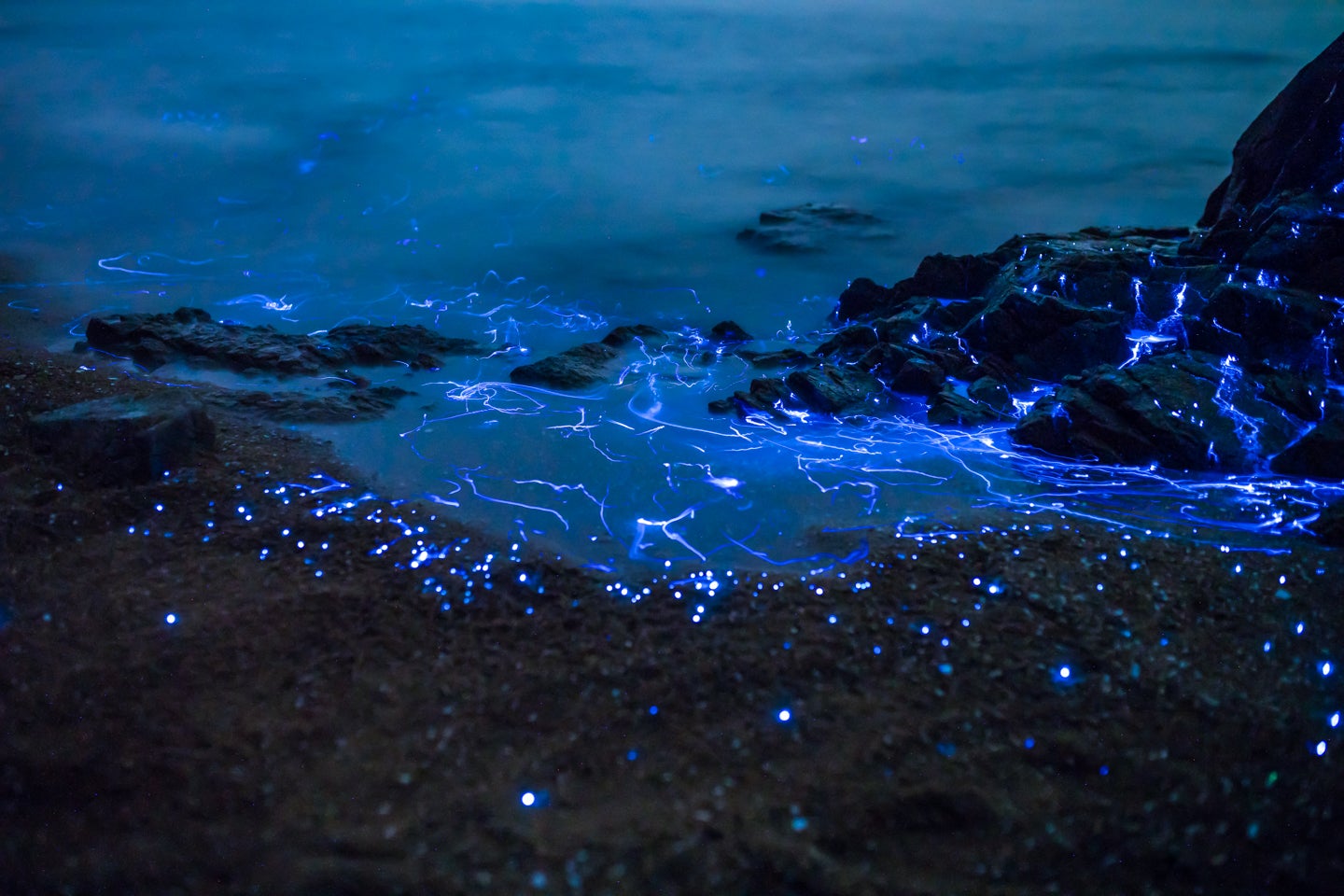 The duo wrote that the shrimp only glow for a short amount of time — around 20 to 30 minutes — but that covering them with water will bring the glow back. 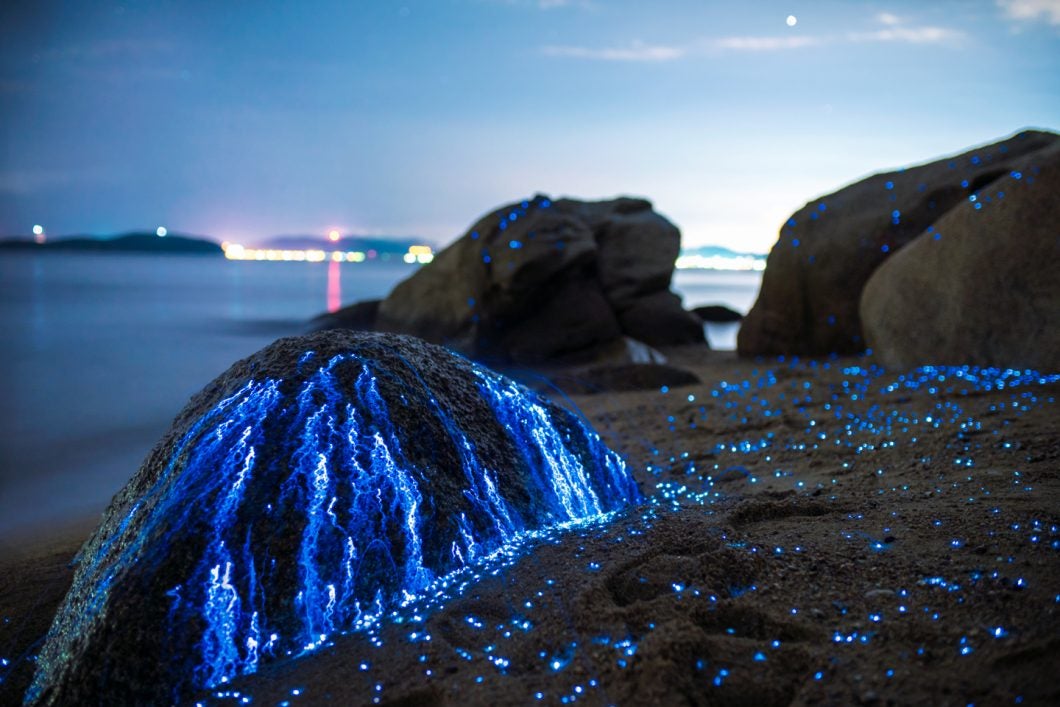 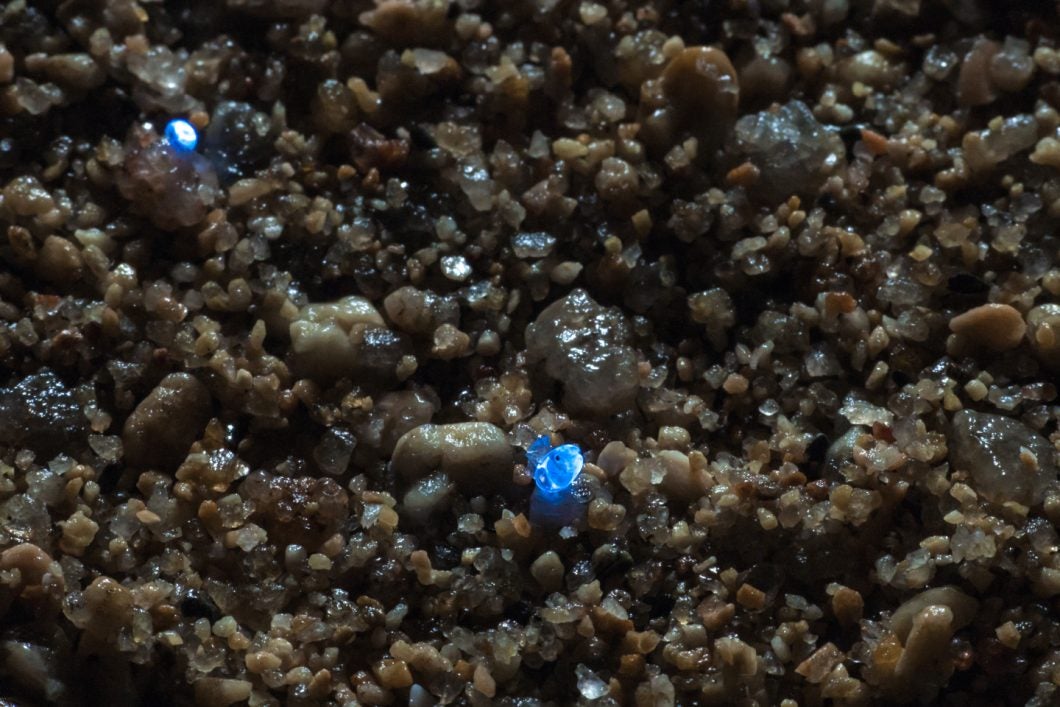