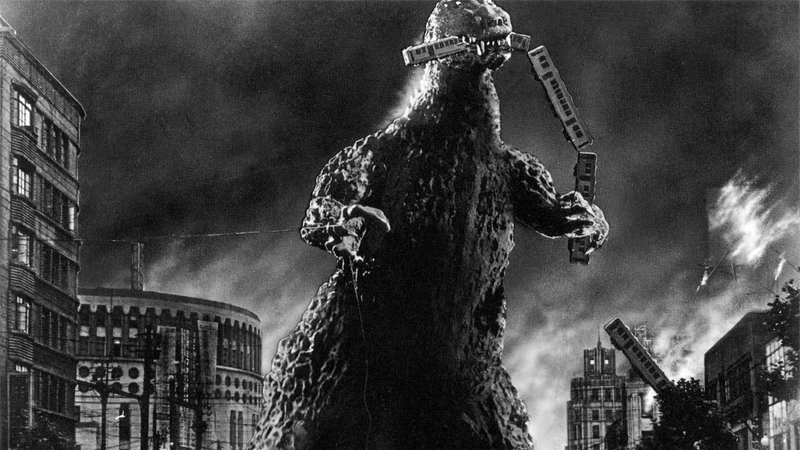 Clocking in at 118.5 meters tall, the latest incarnation of the king of kaiju seen in Shin Godzilla is the largest version ever seen on screen — even coming in above legendary’s monstrous take on Big G in 2014. But the very first Godzilla was less than half that size… and that wouldn’t help him much in modern Japan.

Shin Godzilla re-imagines Godzilla’s first ever appearance as taking place in modern Japan, so it makes sense that he’s deluxe-sized to tower over the modernised Tokyo that has grown significantly since the first Godzilla film released in 1954. In fact, if Godzilla hadn’t grown from his 50-meter height, he’d look a little bit silly attacking Tokyo, as this tweet from Fukublog explains:

That’s what the original Godzilla, superimposed in red, would be like in scale with Tokyo in 2016,. He’s simply dwarfed by the skyscrapers around him. Not quite as impressive as it was 62 years ago, is it? I mean, he’d still be pretty terrifying — after all, he’s a giant monster, and could probably still take most of those buildings down pretty handily — but it’s interesting to see how the king of the monsters has evolved with the city he loves to threaten the most.