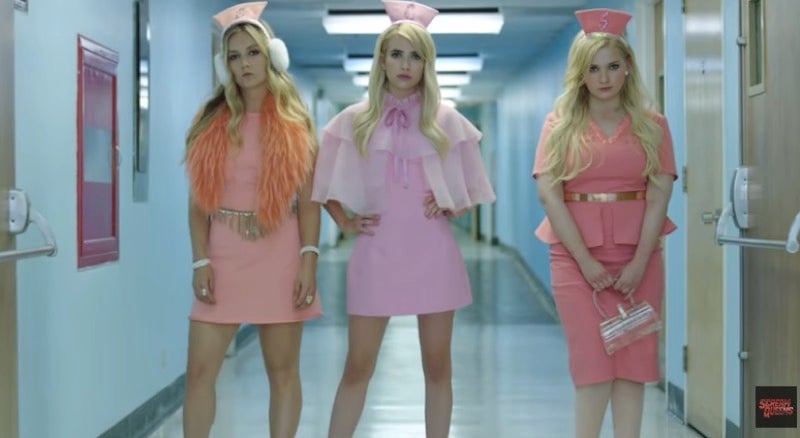 In a promo entitled, “We’re back, idiot hookers,” Scream Queens assures one and all that nuclear-strength mean-girl mojo will still be a major part of the Ryan Murphy horror comedy’s second season — even if circumstances have changed for the catty trio since leaving their killer-plagued sorority house.

The new season, which begins in the US on September 20, is set in a hospital run by Jamie Lee Curtis’ character. In addition to the Chanels (Emma Roberts, Billie Lourd, Abigail Breslin) and a few other returning cast members (Keke Palmer, Lea Michele, Glen Powell and — hallelujah — Niecy Nash), there will be new faces galore, including Jerry O’Connell, John Stamos, Taylor Lautner and Saturday Night Live‘s Cecily Strong.

None of them are in this promo though, which strictly features the Chanels and their enduring passion for accessories.