The 20 Most Earth-Like Exoplanets We’ve Found 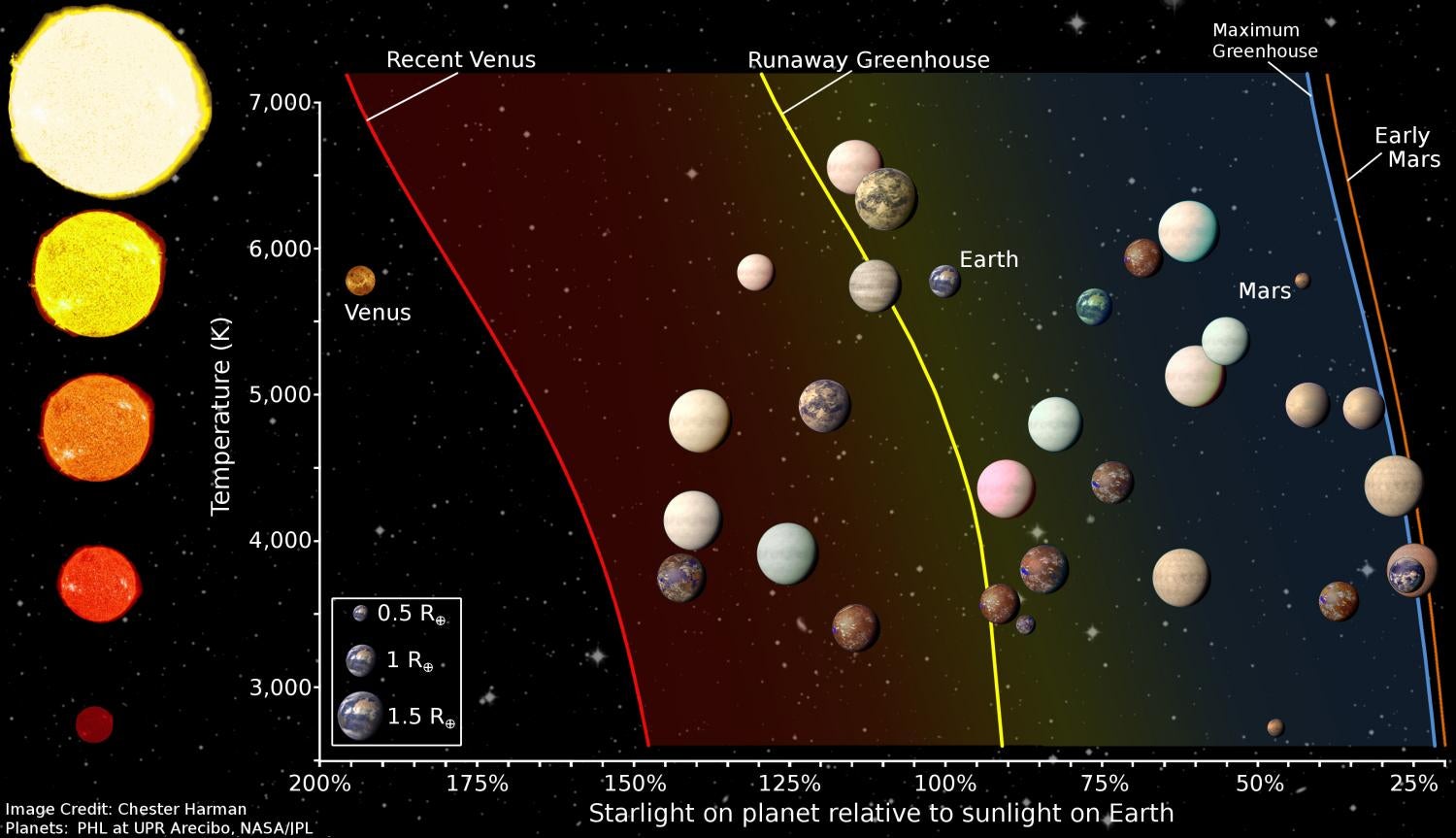 Kepler has given us a stash of thousands of exoplanets. Now, researchers have pulled 20 from that stash that they say are the most likely to be habitable.

A chart of some exoplanet sizes and exposure to sunlight by different star temperatures (Image: Chester Harman via PhysOrg)

To get this handful of planets, researchers first selected from a list of 216 exoplanets out of more than 4000 that Kepler had uncovered. These first couple hundred planets all met the basic conditions to hold liquid water. Of those 216 planets that could have liquid water, 20 of them were also rocky planets, just like our own Earth.

These 20 planets, which researchers detail in a forthcoming paper in the Astrophysical Journal, have a few familiar bodies among their ranks. Particularly notable in the stash is Kepler 186-f, whose potential capability for hosting life has particularly intrigued astronomers over the last few years.

Of course, just because a planet appears habitable, doesn’t mean that we could necessarily survive there. In fact, even Earth wasn’t always a habitable environment for us.

“If we were to look at our Earth three billion years ago, we couldn’t survive on that planet because there wasn’t oxygen,” lead author Stephen Kane of San Francisco State University told Gizmodo. “[These planets] may not be a place where we could just land and take off our helmets, but there are certainly places where there could be all kinds of life living.”

The next step will be to look more closely at each of these candidate planets, to evaluate their potential for life one-by-one. What we learn from these 20 planets could tell us how to look for habitable planets even more quickly when the next stash is revealed.