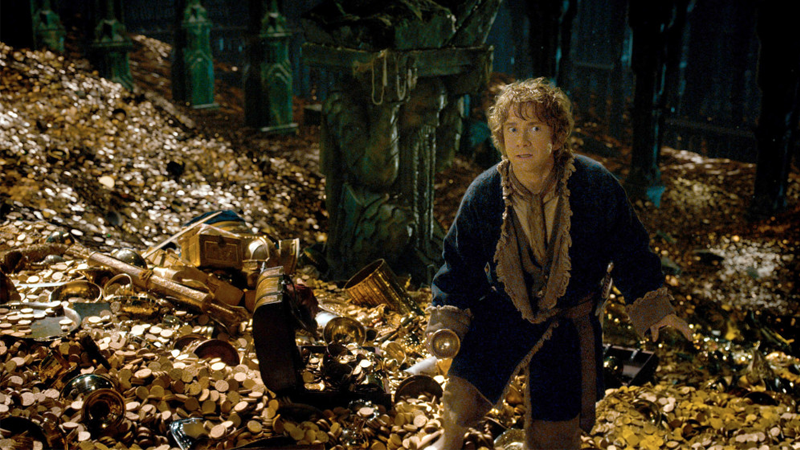 Last week, Amazon accidentally let slip that a new bumper collection including all six extended editions of Peter Jackson's Middle-Earth movies together for the very first time was on its way — and that it apparently had a humongous price tag. We thought it couldn't possibly be true, but apparently we were wrong. Area Hobbit checks savings to see if he can afford the Middle-Earth box set

Warner Bros. has now officially announced the Middle-Earth six film collection, and they have even roped in former Hobbit Dominic Monaghan to do so:

As we mentioned last week, the set contains 30 discs worth of extended versions of the Lord of the Rings and Hobbit trilogies, and their extensive behind-the-scenes materials, housed in casings designed to look like faux-leather books and kept on a wooden shelf. Aside from that, the collection also features a replica of the Red Book of Westmarch, which contains a ton of artwork from the movies, and recreations of concept art from Alan Lee and John Howe.

It really is a rather lovely looking collection, but the $US800 ($1048) price tag is patently absurd — especially since, right now on Amazon, you can get the Lord of the Rings and Hobbit extended trilogies on Blu-ray for the combined total of just $US125 ($164).

That means you're basically paying nine hundred dollars for the replica art book and a shelf. The book is nice, sure, but $900 for a shelf (albeit one with a design selected by Peter Jackson himself, according to the press material) is silly. Who knew Peter Jackson's shelf design consultancy fee could be so high?

The Middle-Earth six-film collection will be out November 1, arriving a month earlier on October 4 exclusively through Amazon. A theatrical cut collection of all six films is also landing on November 1, for $US69 ($90) on Blu-ray and $US36 ($47) on DVD (shelf not included). No word yet on Australian pricing and availability, but if it does make it down under you can bet it won't be much cheaper.