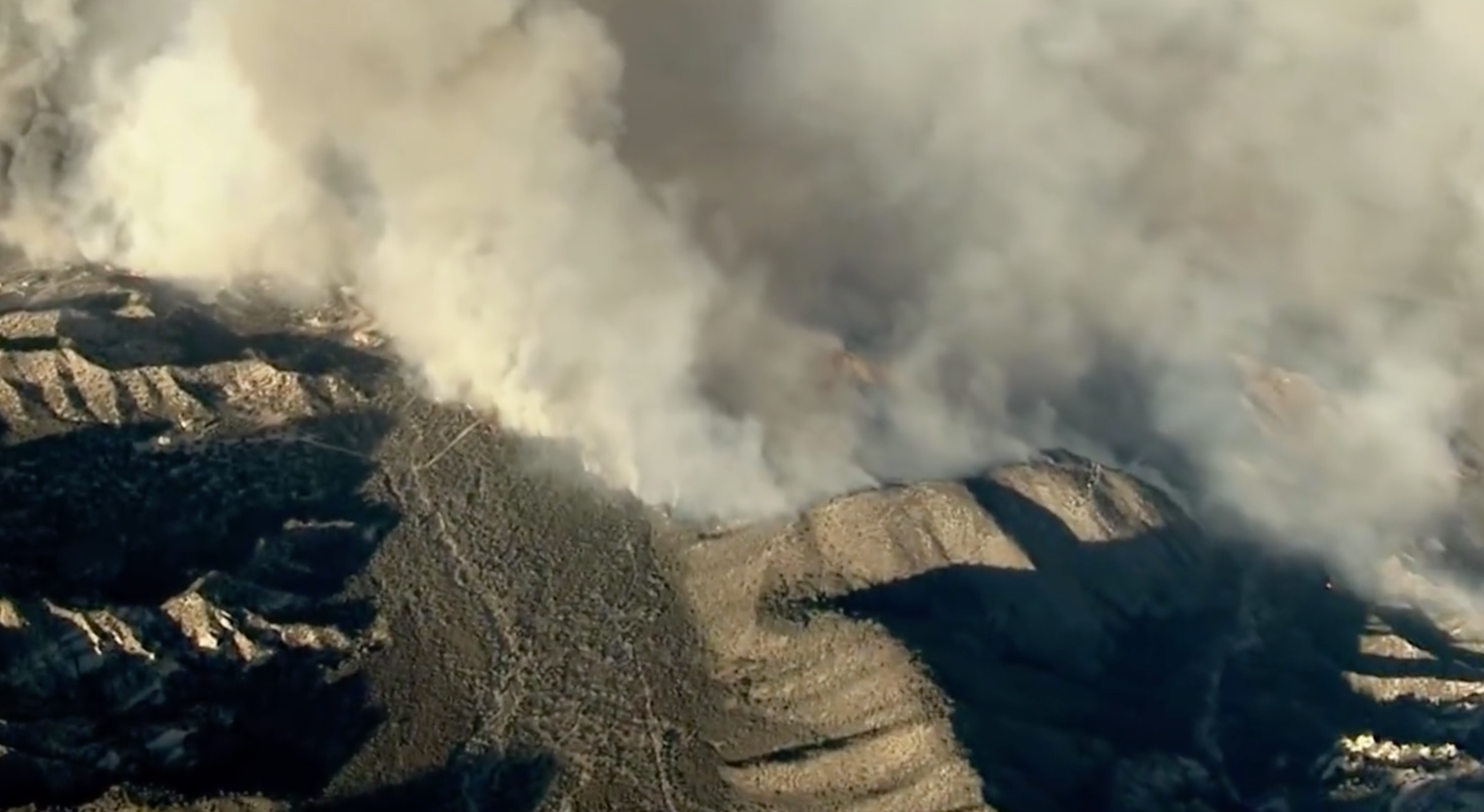 A ferocious bushfire erupted in the San Bernardino mountains yesterday, ripping through more than 30,000 acres of brush in less than 24 hours. As of this morning, the Blue Cut Fire has forced more than 82,000 residents to evacuate.

The fire, which threatens several rural San Bernardino communities, is the latest in a spate of fast-moving, hard-to-contain blazes to strike central and southern California this summer, fuelled by strong winds, bone-dry brush and 37-plus degree days. That list includes the Soberanes fire which, after raging for more than three weeks and consuming 76,000 acres in the Carmel valley, remains only 60 per cent contained, and the Sand Fire, which scorched nearly 40,000 acres in Angeles National Forest before it was brought under control.

Cadaver dogs are being brought in to search for victims caught in the #BlueCutFire #abc7 pic.twitter.com/YkgZJLo1Vt

The Blue Cut Fire is an evolving situation. A full list of mandatory evacuation areas and road closures can be found on the Forest Service’s Incident Information System. The fire is considered to be zero per cent contained.