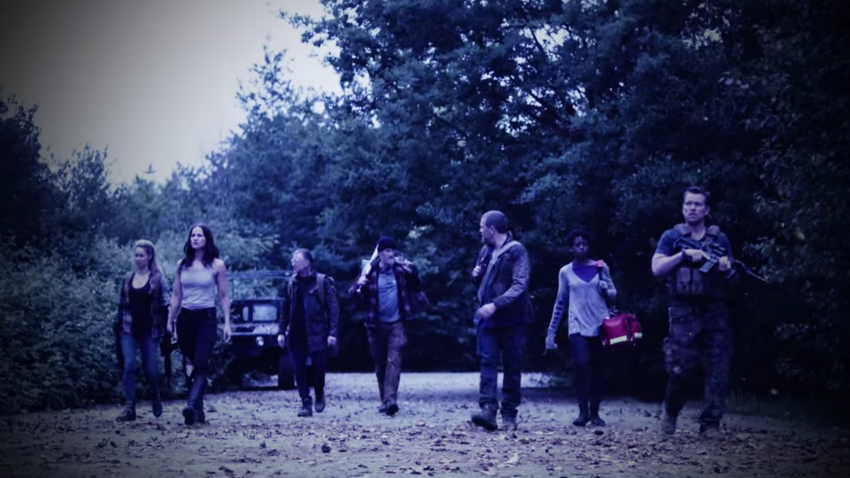 Take The Walking Dead and swap out rotting zombies for blood-soaked vampires and you get Van Helsing, which is basically a Mad Lib of monster television, but with a couple unique twists.

Syfy has released the first trailer for Van Helsing, its upcoming 13-episode series. In this version, our titular vampire hunter isn’t Hugh Jackman (and Transylvania’d Kate Beckinsale is thankfully nowhere to be found). This time, Van is Vanessa, the resurrected daughter of Abraham Van Helsing who awakens in a world where she isn’t tasked to stop the vampire uprising … because it’s already here.

“The series is unique in exploring a world completely dominated by vampires, while the human characters have to learn the importance of working together to ensure their survival,” Chad Oakes, co-chairman of Nomadic Pictures, said in a statement.

Luckily, Vanessa (Kelly Overton of True Blood) is the one girl in all the world who can stop the vampires. Not with a stake, although she does get one during the trailer, but with her blood. According to the show description, Vanessa has “a unique blood composition that makes her not only immune to vampires,” but also gives her the ability to turn vampires back into humans.

It’s sort of like that one episode of Buffy The Vampire Slayer, “The Wish,” only with less Charisma Carpenter. Or, you know, The Walking Dead with vampires. Still, I like that the show gives us a supernatural element to keep the plot moving, instead of the”survive or die, then die” narrative that doesn’t always work.

Also, wait a minute, if she’s the daughter of Abraham Van Helsing, wouldn’t her full name be Vanessa Van Helsing? Ouch my brain.