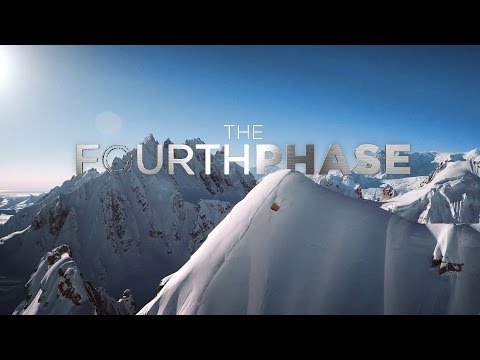 Video: There’s a lot of money in energy drinks. Red Bull pours a lot of that money back into its sponsorship of Formula 1 and extreme sports, though, and its latest enterprise in partnership with GoPro is The Fourth Phase, a snowboarding adventure documentary in the vein of the also excellent, also Red Bull-ish The Art Of Flight.

Like The Art Of Flight, The Fourth Phase follows Travis Rice’s snowboarding travels around the world — from North America to the Japanese Alps and anywhere in between — and it looks incredible. Seriously, just sit back and watch this 150 second trailer in all its beauty.

I’ve long been a massive fan of Red Bull’s large-scale documentary films; I think The Art Of Flight is one of the best-looking Blu-ray discs I own, and Where The Trail Ends looks almost as good. The point-of-view footage that GoPro’s tiny Hero4 cameras make possible just looks awesome, and this trailer just makes me want to learn to snowboard properly.

The Fourth Phase is out on October 2.

At its core, The Fourth Phase features incredible snowboarding, but also tells an emotional human story. Because GoPro cameras were utilised throughout the filming of the movie, GoPro will be releasing more content closer to the world premiere. This content will lend an insider perspective into Travis’ mind as he follows the North Pacific’s storm cycle to epic terrain.

While exploring the untapped backcountry of his native Wyoming, Rice plots a 16,000 mile course to follow the hydrological cycle around the North Pacific, where snow and ice create dreamlike landscapes on the towering mountains above. From the Japanese Alps to the volcanoes of Russia, and a spectacularly remote area of Alaska, Rice is joined by several of snowboarding’s most innovative riders including Mark Landvik, Eric Jackson, Bryan Iguchi, Pat Moore, Mikkel Bang, Jeremy Jones, Victor de Le Rue, Ben Ferguson, and more.