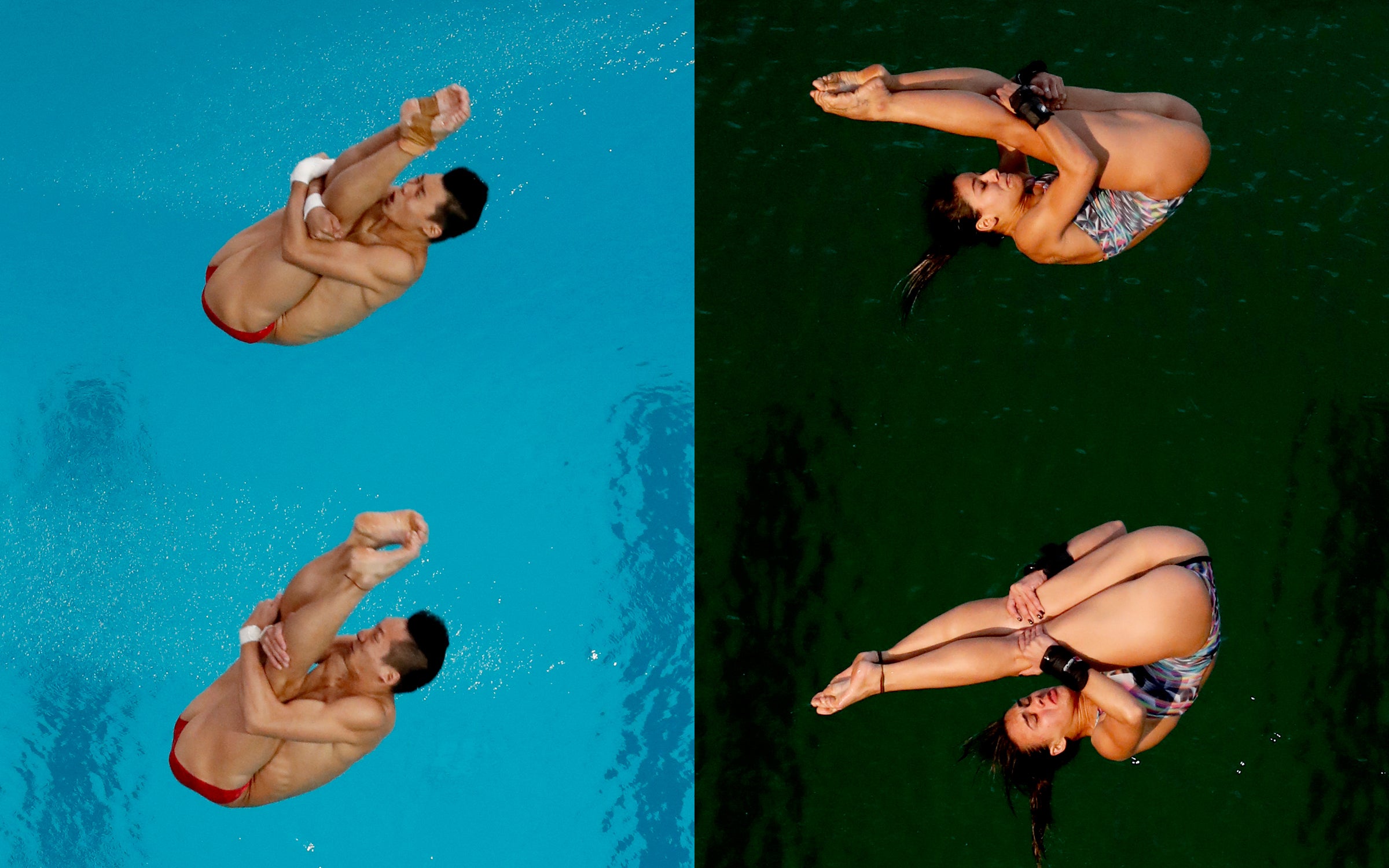 As the women’s synchronised diving teams took to the pool in Rio de Janeiro today, they were greeted by a strange sight. The diving pool had turned green overnight, while the neighbouring water polo pool remained a crystal clear blue. This confused the Olympic organisers, media, and the internet profusely. Long story short: It’s most likely an algae bloom.

Some of the more far-fetched and disgusting reasons as to why the Olympic pool changed to a puke-green hue include Brazil’s national pride, a possible Ghostbusters advertising tie-in and, yes, urine. But there’s likely a much more scientifically sound answer. As chemist Raychelle Burks said on Twitter, “Algae or oxidized copper is typically the thing — No alien goo or ectoplasmas.”

Olympic divers report that the water is so cloudy, they can’t see their diving partners. This side-by-side view from Deadspin supports the claim that the pool’s water is pretty damn murky. According to a handbook on pool chemistry (yes, that actually exists), oxidised copper usually leaves behind a pool with clear green water, rather than cloudy water. Cloudy water usually indicates that an algae bloom is to blame.

Algae blooms can be sparked by changes in a pool’s chlorine level, and a common way to avoid this is to use chlorine shock overnight to kill any algae in the pool. If that’s the case, someone is going to get fired. The International Olympic Committee will reportedly releasing an official statement on the green pool later today although officials are apparently stumped at the moment.

“Water tests at Maria Lenk’s Aquatic Park were conducted and there was found to be no risk to the athletes’ health,” an official reportedly said on Thursday afternoon. “We’re investigating what the cause of the situation was, but we are happy to report that the competition was successfully completed.”

In the meantime — green water or not — Olympic athletes are still diving into the pool, so they must not be too worried about the safety. It’s still a very bad look for the Rio Olympics, which has already seen a torrent and anxiety over sewage in its natural bodies of water. Now it looks like even the pools aren’t 100 per cent clean, either.