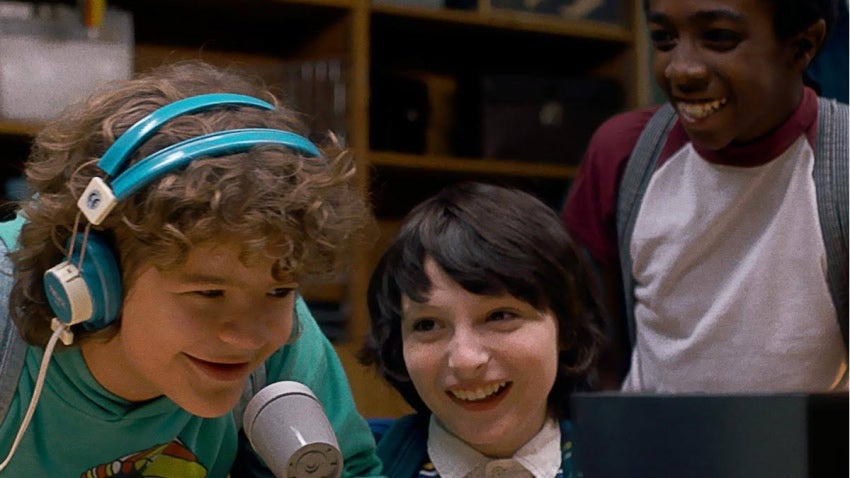 Netflix’s new 80s sci-fi tribute series Stranger Things is excellent. It’s got the love and adulation of critics and fans alike, including “The Flippist” artist Ben Zurawski. In fact, after binge-watching all eight episodes of the Netflix show last week, Zurawski created a cute flipbook all about the young heroes.

The book has some serious E.T. vibes, with what is basically a recreation of the scene where the kids fly E.T. (in this case, Eleven) over the moon to safety. This isn’t surprising, considering not only how the kids practically live on their bikes, but that the show draws heavy influence from several of Steven Spielberg’s classic 80s works.

Zurawski has made flipbooks about a number of fun characters and scenarios, including actor Leonardo DiCaprio’s Oscar win, The Simpsons‘ X-Files parody and the old-school Nickelodeon cartoon commercials. He also does custom flipbooks. Still, I’m pretty drawn to the Stranger Things one. Get it, drawn? Yeah I’ll just show myself out.