Jared Leto Loves Atlas Shrugged, Because Of Course He Does 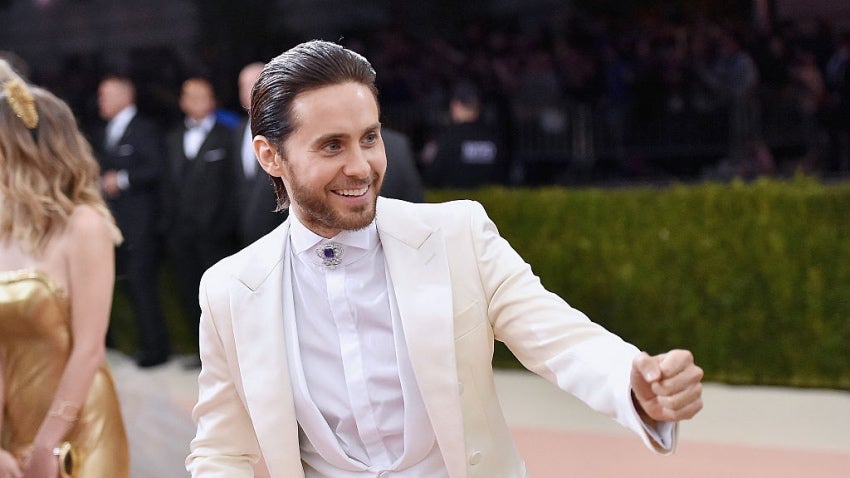 Getty Images
In the latest “surprise no surprise” revelation about Suicide Squad‘s Joker, turns out the actor behind him has the most predictably unpredictable taste in books.

In an interview with Scribd, actor Jared Leto shared some of his favourite books of the moment. Titles included Siddhartha, a book by Herman Hesse about some dude trying to find enlightenment, Finn, about the dude dad of Huckleberry Finn, and a biography about tech dude Steve Jobs. And of course, Ayn Rand’s not-technically-libertarian classic about the ultimate dude on a mission, Atlas Shrugged.

What is it with guys and Atlas Shrugged? I’ve dated at least two who’ve snuck copies into my bookshelf swearing “it will change your life.” It’s become such a trope that The Atlantic has a recurring column about the “Ayn Rand Guy,” who’s sent dozens of emails over the years about the sad state of the world.

I guess we can’t really blame Leto for becoming 2016’s reincarnation of The Atlantic’s favourite Ayn Randian, overloading us with so much artistic/pseudo-intellectual noise it’s impossible to keep track. This is the guy who sent opened condoms, dead pigs and live rats to his castmates and told an interviewer at Rolling Stone that, as the Joker, he’d have castrated the writer and made him eat his own testicles.

Dammit Leto, no wonder Viola Davis wanted to pepper spray you. You must’ve kept leaving copies of Atlas Shrugged on her coffee table.