In the latest edition of What Did The Good Earth Do to Deserve Humanity, some arsehats in Florida have been turning the shells of threatened gopher tortoises into their personal easels. According to Florida’s Fish and Wildlife Conservation Commission (FWC), this needs to stop.

Would you like it if somebody painted you without asking permission? Probably not, especially if the paint job exposed you to unhealthy fumes, caused toxins to seep into your bloodstream and made it seem as though you’d been assaulted by primary school students. This would not be cool. So why, Florida, is it cool to inflict the same indignity on a fellow living creature?

“This is a threatened species with protections against harassing it, which painting it definitely is,” Deborah Burr, gopher tortoise program coordinator at FWC told The Guardian. “The best thing to do is admire its natural beauty. If you want to paint something, paint a rock.” 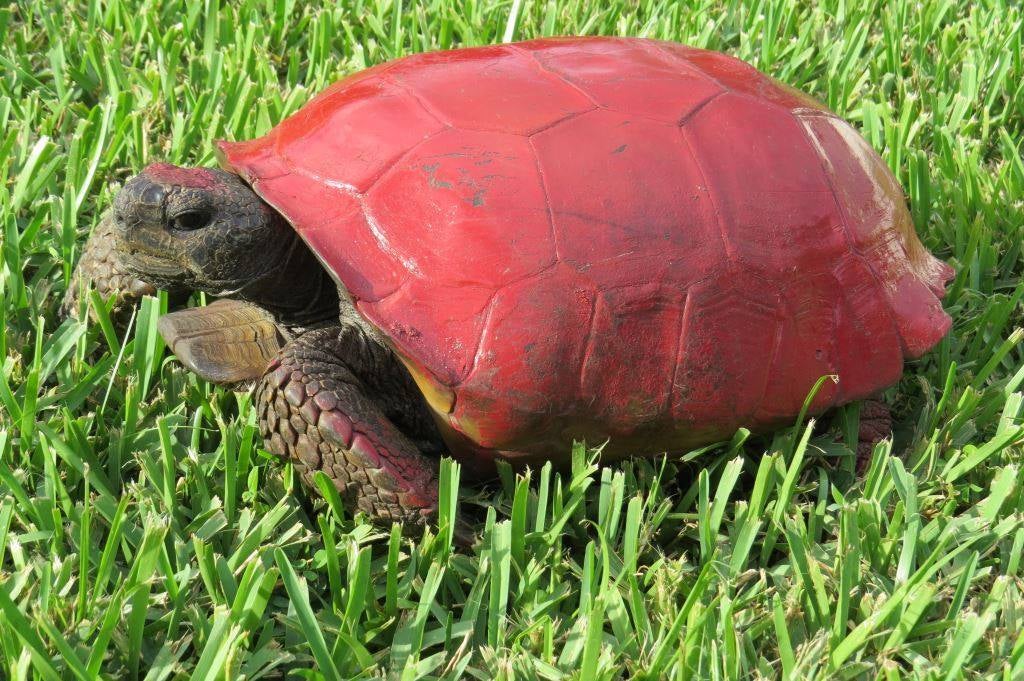 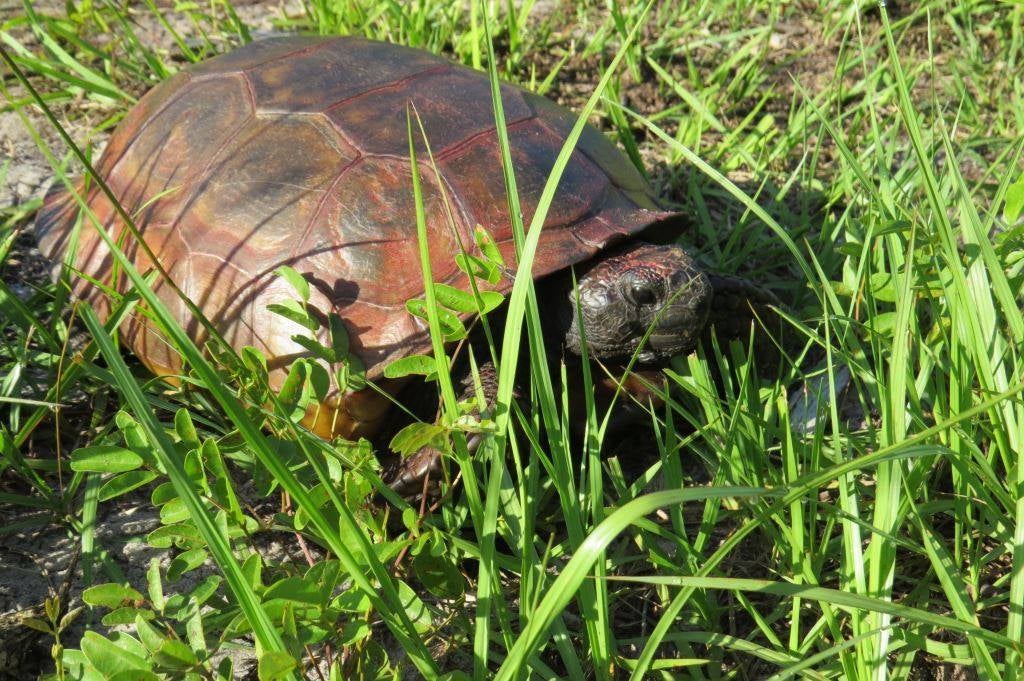 The same gopher tortoise, still a little red around the edges after a thorough cleaning.

Just look at the disgraced tortoise above. Even after many hours of stressful cleaning, its shell shell was still off-colour. Would you like if strangers had to scrub you down for hours against your will, and when they were through you still looked like a diseased meatloaf? I doubt it.

It’s very simple. Don’t paint wild animals. Don’t ride on wild animals when they are trying to lay eggs. Don’t take selfies with wild animals. Don’t put baby wild animals in the back of your SUV and don’t drive wild animals hundreds of kilometres away from their natural habitats. Don’t say “fuck the alligator” before jumping into water that contains a wild, dangerous animal. And if common sense can’t add a few more items to this list, then maybe don’t go outside at all, you two-legged flesh monster.

There is one silver lining to this story, which is that while searching for photos of grotesquely painted tortoises, I stumbled upon this mustachioed gentlemen calmly releasing a turtle back into the sea where it belongs. Redemption, my friends, wears a baby blue suit. 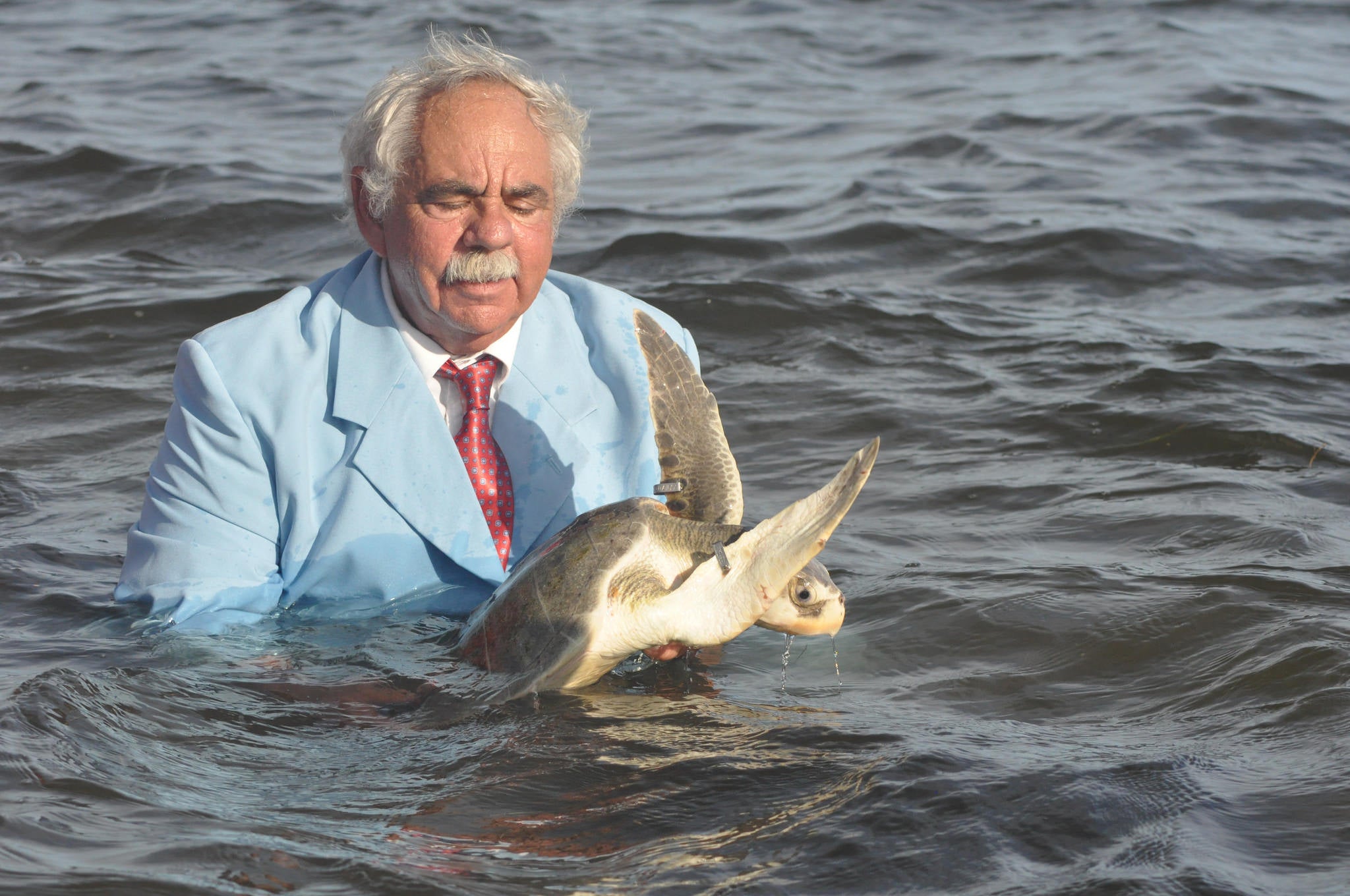