Gotham Exec Says Harley Quinn Might Have Already Appeared On The Show, Whatever Could They Mean 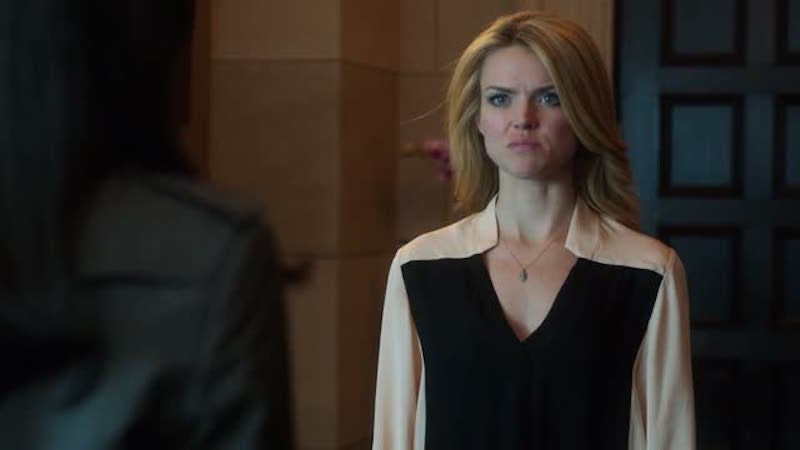 After announcing that Suicide Squad stars Harley Quinn and Killer Croc would be making their way to Gotham‘s third season, executive producer Ken Woodruff says Quinn might turn out to be someone who has already been on the show. Hmm. It’s going to take the brilliant analytical mind of the Riddler to figure this mystery out.

You may have already seen Harley as a person that you thought you had met and known for a long time. So we always reserve the right to sort of do that as well.

Call me crazy, but I wonder if it might just be the blonde female character that is 1) crazy, 2) already hung around with Gotham‘s proto-Joker Jerome, and 3) has no narrative purpose on the show other than wandering around and being emblematic of the show’s utter unwillingness to give the tiniest crap to setting up an even barely recognisable Batman universe.

I’m not complaining. The idea of having a Harley Quinn character in a city where the Joker doesn’t even really exist yet is such a gloriously goofy, insane, Gotham-y thing to do. Although I had sort of wanted for Gotham to go ahead and make Barbara the Joker herself — just go for the gusto. I mean, this is a show where Alfred punched a 12-year-old girl in the face and that’s just about to take another 12-year-old girl, the young Poison Ivy, and have her meet a monster that’s basically going to send her into puberty overdrive. This is not a show that plays by the rules of… well, anything, but least of all established Bat-canon.