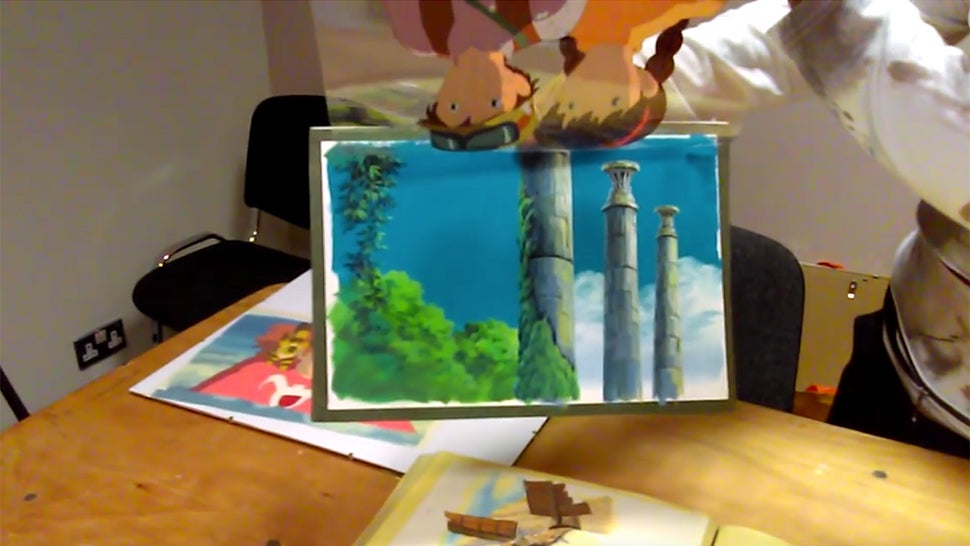 Studio Ghibli’s films are legendary for multiple reasons, one of course being the gorgeous animation, much of it hand drawn. Even in the 21st century, when most studios were using CGI to create feature-length films, Hayao Miyazaki, for example. went back to traditional styles for his 2008 film Ponyo.

It’s beyond impressive, even from an audience standpoint, but to get some of the minutiae of how it’s all done makes it stand out even more.

Hirokatsu Kihara, a former producer for Studio Ghibli who worked at the studio between 1985 and 1989 and on features such as Castle in the Sky, recently showed off some of his work to bloggers at Najinsan.com and detailed some of the experience behind the scenes, including his use of colour, and how a scene is mapped out.

One of the more fascinating aspects is how the animators use colour to express time and meaning. The shades of the coat shown in the video below, for example, get darker as the day gets later.

“It is often said using different colours is something that Japanese people are good at,” Kihara told the website. “We use different colours for the same things: colours for morning, sunset and twilight. We create time by changing the colours for different times of the day. It sounds obvious, but it has almost never been explained with the actual frames.”

In this video, Kihara details how the animators used compositing. Like many traditional animators, Ghibli used a layering process for all frames.

Finally, we come to one of the most important and technical parts: frame rate and consistency. Every single scene draft, down to each frame, has to be checked by Miyazaki himself. Then each draft, when approved, is given to the animation director, who puts in facial expressions and other details.

According to Kihara, it’s about as time-consuming as you’d expect. He said that during a crunch, he would only get a few hours a sleep per night and nobody would get any days off.

Of course, all that work paid off because we’ve gotten classic and beautiful films like My Neighbour Totoro, Princess Mononoke, and Spirited Away, just to name a small selection of the studio’s wide filmography.