As Demanded By Common Sense, Supergirl And Flash Are Going To Have A Musical Crossover 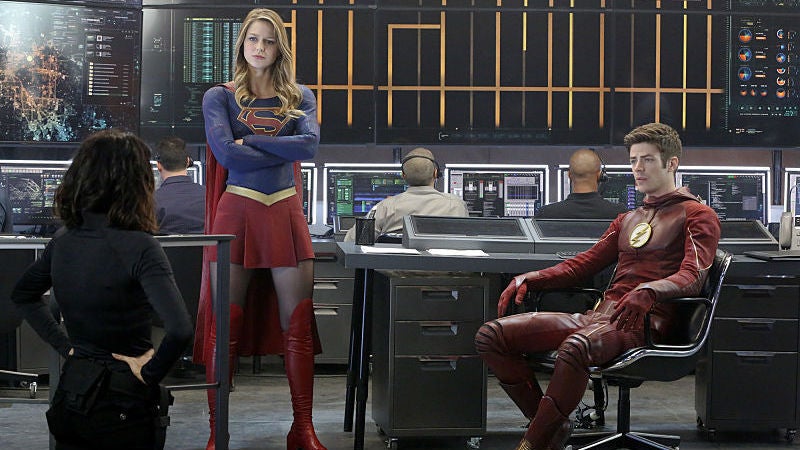 The news came from the CW’s TCA presentation, where executive producer Greg Berlanti announced a two-part musical coming late in the season. And that’s not all the excitement in store of DC’s CW-verse next year.

“Yes, there will be a musical crossover,”said Berlanti, via TV Line.”There’s going to be a musical pair of episodes in the back half of the year between Supergirl and The Flash.” He added that they will mostly be singing existing songs, but the writers have been kicking around trying to write “at least” one original tune for each episode.

A musical number makes sense, considering the high number of singers in the DC/CW shows’ casts. Berlanti also said he wanted to bring in characters from Arrow and Legends of Tomorrow into the show. A comment he capped with this:

The panel also revealed that the Chris Wood’s pod-person, from the Supergirl cliffhanger, is Mon-El — who isn’t actually a Kryptonian in the comics. Also on deck? Sharon Leal as Miss Martian. Honestly, despite the decreased Cat Grant screen time, the CW is pulling out all the stops to prove it’s the right home for Supergirl.