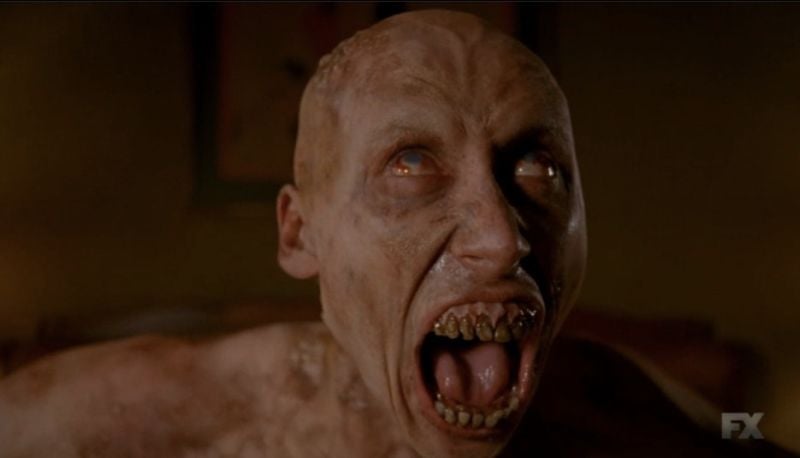 The theme of American Horror Story‘s sixth season has remained a closely-guarded secret, with only a few enigmatic promos to go on. If you read certain tabloid websites, you might have a few more clues. But even so. What is going on here?

An image from American Horror Story: Hotel; also an accurate depiction of what it feels like waiting for season six to be revealed.

Most likely, that’s just a gorgeous, yet creepy-arse image Ryan Murphy and company have come up with solely to give us nightmares — not any kind of solid clue about season six. But we won’t know until September 14, or whenever FX deigns to let us know the title is not, in fact, American Horror Story: Spider Eyes.