A Brief History Of Suicide Squad Being The Worst Place To Work, Ever (Part Two) 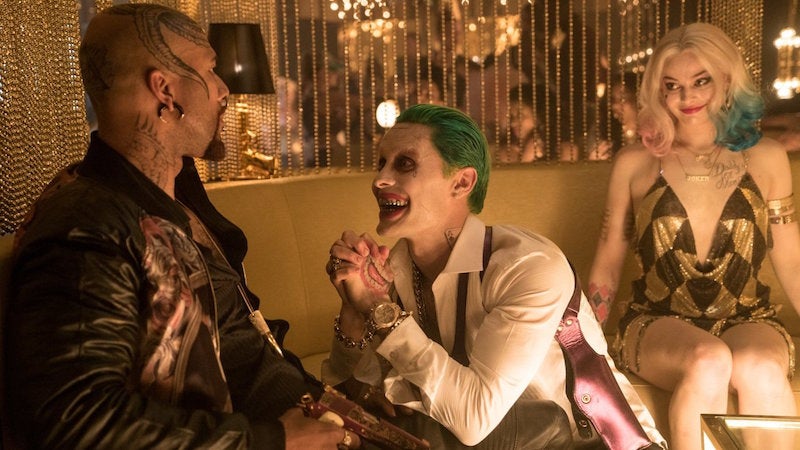 Back in June, I wrote about the weird, horrible things that had happened during the filming of Suicide Squad, mostly due to star Jared Leto and director David Ayer being weirdos. I was certain that I had chronicled all of the madness that was inflicted upon the cast. But I was wrong. So, so wrong. All images: Warner Bros.

Here are more tales of the abuse that the cast and crew of suicide Squad heaped upon themselves and others. Who could have known that rats, dead pigs, tattoos and punching each other was only the tip of a very scary iceberg?

The first time around, we heard that David Ayer manipulated the cast to get what he wanted, including forcing the cast to answer questions about fears, painful moments and embarrassing memories. Since then, we've learned some details.

Part of his manipulation was to change what was happening in a scene without telling one party. Viola Davis called Joel Kinnaman a "pussy" and a "bitch" to get the reaction he wanted. "Some of the stuff she said really pissed me off. And I felt really betrayed," Kinnaman told Entertainment Weekly. "And that's exactly what David wanted me to feel… and now it's in the movie. That's some pretty high-level direction through manipulation." 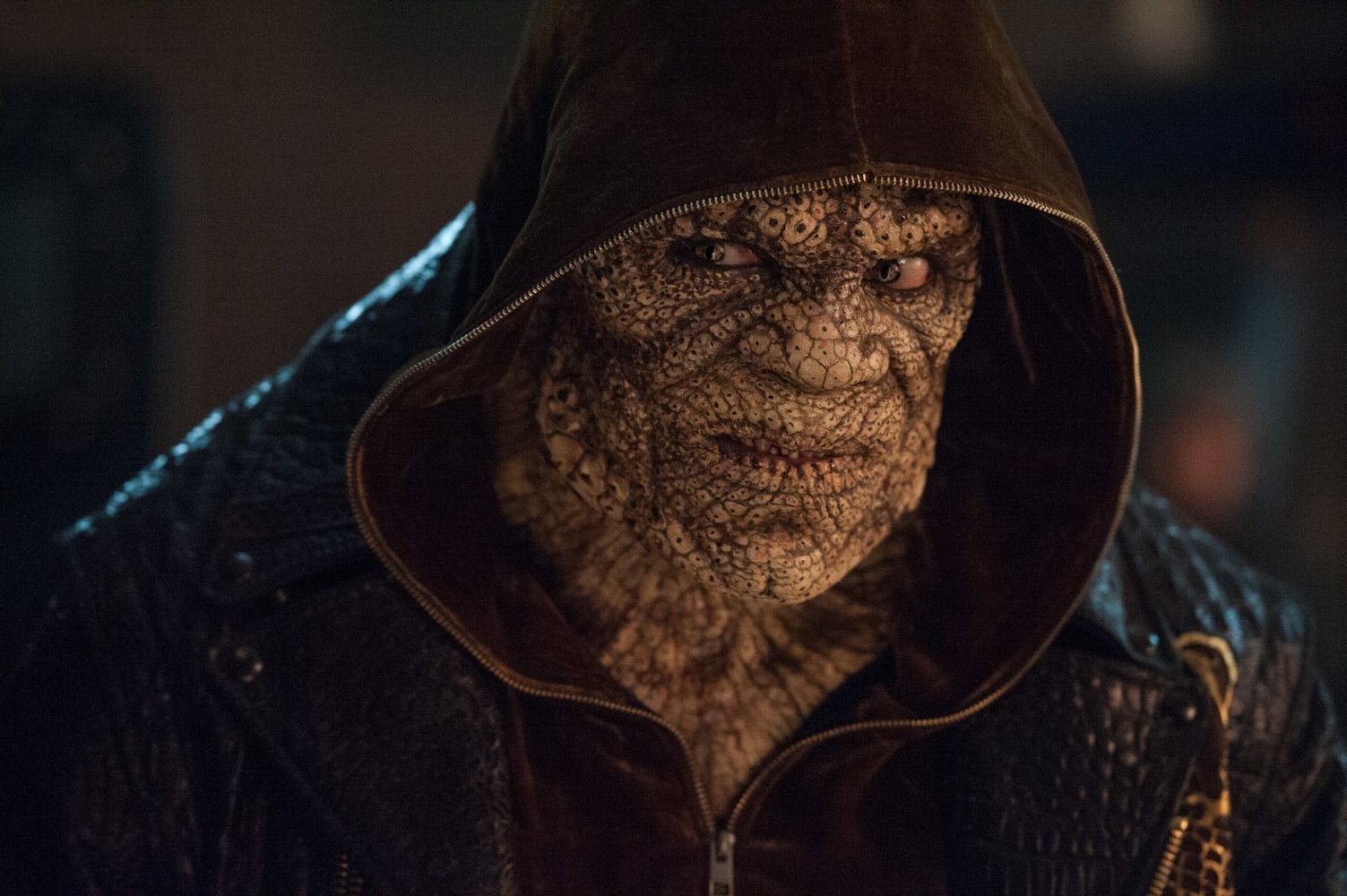 Again, we had already heard that Ayer had the cast physically fight each other. But here are the consequences of that rehearsal technique: The director of the movie ends up punching one of the stars in the nose. Adam Beach (Slipknot) said, "There was this moment when he was sparring with Karen [Fukuhara], and she got it in the nose."

"After he punched me in the face, he said, 'You gotta block your face, Karen,'" said Fukuhara. The report says she laughed, but you've got to imagine it wasn't as funny on set.

And that still wasn't all Ayer had in store for her. Adewale Akinnuoye-Agbaje said he worked out hard to get to the bigger size required for his character, Killer Croc. And then Ayer told him, "Now you gotta fight Karen." Despite being only 157cm to Akinnuoye-Agbaje's 188cm, and goodness only knows how many kilograms lighter, she reportedly beat the crap out of Croc.

Margot Robbie also had to learn to hold her breath for five minutes underwater in order to film a scene in the film. Robbie was so competitive that her stunt double — the person actually paid to do the dangerous stuff — told her she could go five and a half minutes, Robbie tried to beat her. Thankfully, the crew stepped in to say that no one needed to drown for this movie. Suicide Squad is the kind of movie where that needs to be said.

The World's Most Twisted Preparation

On the one hand, we have Akinnuoye-Agbaje listening to recordings of real life cannibals to get into character during every day's five-hour make-up job. On the other, we have Leto watching violent crime videos on YouTube to get in the Joker's headspace. On the third hand (which, if that were something one of the characters in this movie had, I assume they'd just sew a real one onto me), there's Jai Courtney being shaved, with no warning, by Ayer. Before that, he said there was a Skype call with Ayer where "That night I happened to eat some mushrooms, and I did self-inflict some burns."

Courtney is a strong contender for the winner of this round of "Holy crap, what happened to you people?" But Kinnaman really wants to at least get the silver. Kinnaman — who, by the way, plays the least screwed up character in this movie — was put through hell by the film's military advisers. He told Variety:

Two of them were former Navy SEALS who went on to become CIA operators. These guys were real life Rick Flags. We went through intense training. We'd go out in the woods and backpack with 23kg. They wanted to drain me physically and deprive me of sleep. For 60 hours we'd be doing these workouts.

So far, so par for the Suicide Squad course.

They'd show me videos of cartel beheadings and torture. The most awful things I've ever seen.

The whole thing culminated with this six-hour exercise where they'd take over this abandoned meat locker — like this underground maze. They enlisted 15 to 20 Canadian military guys. We did these scenarios. Like hostage situations. We'd use blanks, but it was still crazy.

No, go back to the video thing. Why would you do that? What was the reason for that? This is a comic book movie.

Even More Gifts From Jared Leto

It's strange, right, that Leto sending sex toys to Joel Kinnaman is the least disturbing present we've heard about him giving someone?

That's the game you refuse to play? But the one with the meat locker and the torture videos, that one was fine?

(David Ayer says that, for whatever it's worth, they weren't really used condoms.)

Someone needs to force Will Smith to give up the details on this one, because all we have is this quote via Comic Book.com:

We have no idea what that means exactly but it sounds like you would not want to see the set of Suicide Squad under a black light. And also that "viral" and "horniness" should not be combined. 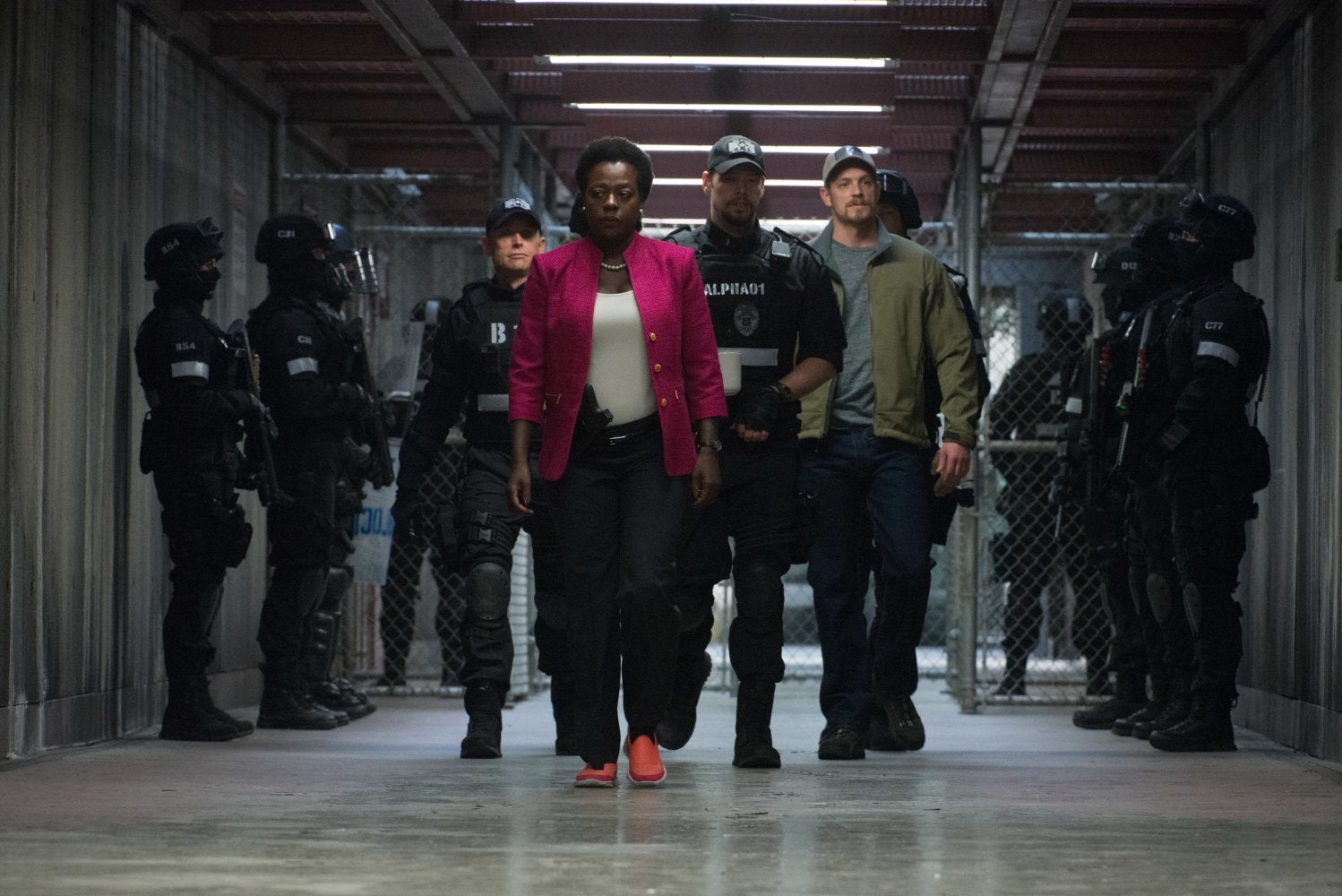 Feeling Bad for Will Smith and Viola Davis

Will Smith and Viola Davis have continually come across as the closest thing this movie had to adults. As his quote about onset horniness shows, Smith seemed to be able to detach from the bacchanalian nightmare that was this set. He also tattooed the cast, but didn't get one himself. Smart move.

Davis' reactions to Jared Leto's... whole... everything has rightfully been held up as a beautiful thing. She also said she wanted to take out the pepper spray when she was finally face-to-face with him.

Suicide Squad is, at best, mediocre. The cast does do a fine job with what they were given. They certainly all seem to think all of this was not only worth it, but that they all became best friends out of it. But the film isn't better than these stories. The movie about making this movie? It would be so much better.