Why Halley's Comet Has Such A Wacky Orbit 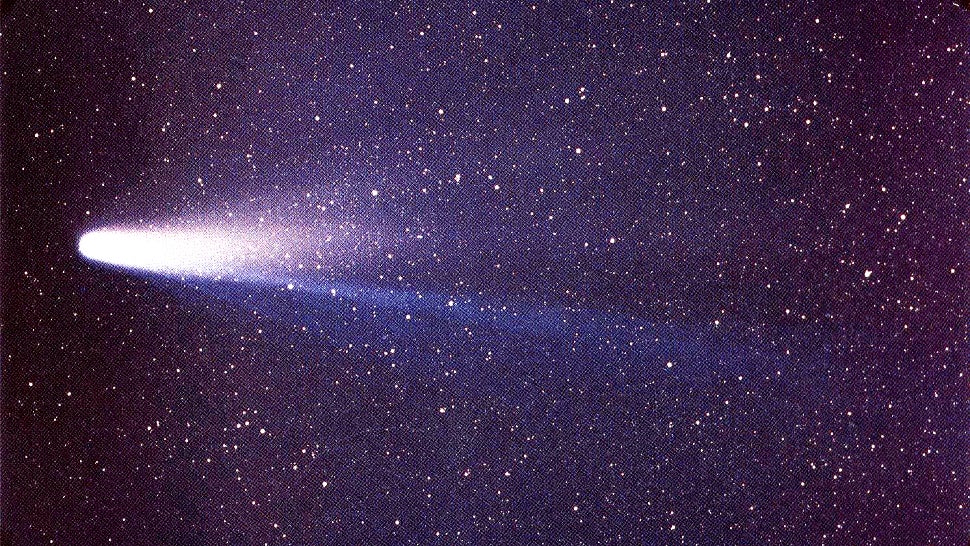 Halley's Comet pays us a visit every 76 years or so, but its exact arrival date cannot be predicted. A team of European astronomers has finally come up with an explanation for this comet's erratic behaviour. Halley's Comet as seen on 8 March 1986 (NASA)

The last time Halley's Comet swung by was in 1986, and it's scheduled to make a return at some point during 2061. We know it will be visible to the naked eye around the midpoint of that year, but astronomers can't be more precise than that.

Astronomers figured that this comet's orbit becomes chaotic on a timescale of about 70 years, making accurate calculations impossible. However, a new study published in Monthly Notices of the Royal Astronomical Society suggests this prevailing view is wrong, and that the comet's orbit is stable for more than 300 years at a time.

The paper also reveals more of what causes this strange orbit. This celestial body's orbit is influenced by a bunch of things, including its ever-changing physical properties and the gravitational influence of planets and minor bodies in the solar system. Together, these cause the comet to have a largely unpredictable orbit. What's more, it's actually Venus — and not Jupiter — that's causing Halley's chaotic orbit.

Above video: Simulation of the orbits of eight planets and Halley's Comet over the next 10,000 years.

"We did the most accurate calculations of Halley and the planets ever," noted astronomer Tjarda Boekholt of Leiden University. "To our surprise Halley's orbit was most strongly influenced by the planet Venus and not by Jupiter, the planet that was always pointed to as the biggest spoiler."

Venus's role as Comet Halley's prime perturber won't last. In about 3000 years, the comet will get really close to Jupiter and get a big push. From that point onward, Jupiter will replace Venus as its main perturber.

"After that predictions of the orbit become less accurate, because the precise effect of Jupiter's gravity introduces a relatively large error in our calculations," added fellow researcher Inti Pelupessy.

The comet's exact fate is unknown, but it will be around for at least the next 10,000 years, and possibly as long as 10 million years. Eventually, it could evaporate like a melting ball of ice, or split in two. It might even be flung from the Solar System a few hundred thousand years from now.

Perhaps some future space mission will allow us to observe this comet up close. NASA, what do you think?