Why Didn't Gene Roddenberry Get To Make The 'Kirk Fights Jesus' Star Trek Movie We All Deserved? 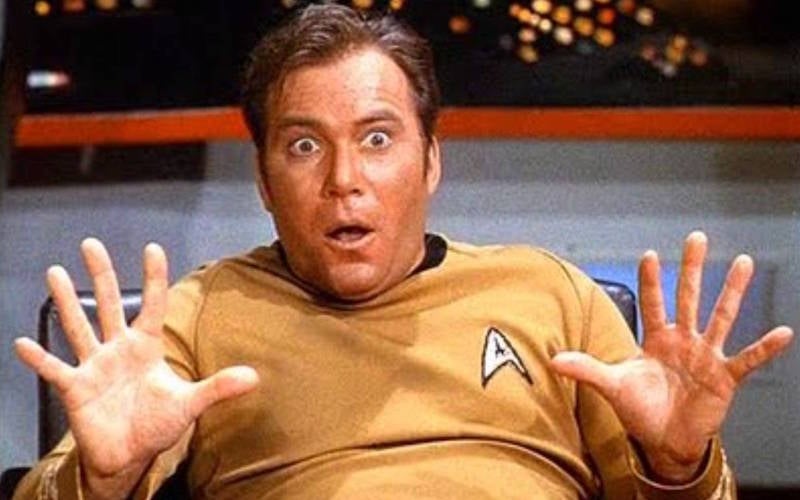 This is a serious question. Star Trek V asked, "What does God need with a starship?" The Motion Picture could have given us "How hard can Kirk punch an alien pretending to be Jesus?" Image: Star Trek, CBS

This is all according to the unauthorised oral history of the first 25 years of Star Trek, The Fifty-Year Mission by Edward Gross and Mark A. Altman, which hit shelves last week. In it, there's a bit about some of the rejected ideas for the first Star Trek movie, all of which sound at least much more hilarious than what we ended up getting. Although, not hilarious on purpose.

The Jesus story was known as "The God Thing", and it had the usual Star Trek conceit of some sort of living computer which is taking on the persona of God, because of course that's what it is. And, at the end of the movie, the Godputer would have de-aged the crew and they would have continued on their original five-year mission. It's so bananas, I'm heartbroken we never saw it.

Even more than that, I'm devastated we never saw the climax. According to Michael Jan Friedman, who at one point was given the task of turning the unmade script into a book, "In the climactic scene, Kirk had a fistfight with an alien who had assumed the image of Jesus Christ. So Kirk was slugging it out on the bridge. With Jesus."

[The Hollywood Reporter via The Guardian]