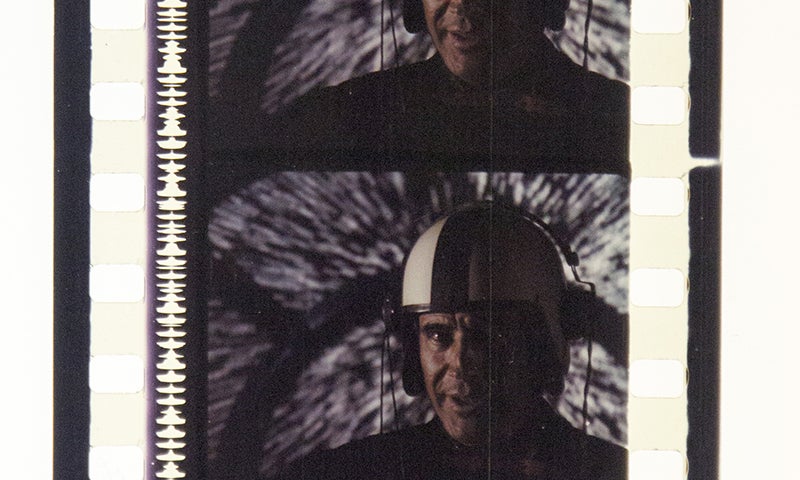 Star Wars fans who are also cult-movie junkies: Today is the equivalent of your birthday and Life Day rolled into one. The last remaining 35mm print of 1982’s The Man Who Saves the World, AKA “the Turkish Star Wars“, has been found. Toss aside your crappy bootleg, because you’ll finally be able to see this legendary rip-off in its full, wonderfully terrible glory.

The hero in this tale: Neon Harbour Entertainment’s Ed Glaser, whose previous acts of film preservation include shepherding the English-language DVD release of the Turkish remake of Rambo. Glaser reached out to share his find, and according to a Neon Harbour press release, the Star Wars print survived all these years due to some Han Solo-style subterfuge:

The 35mm print was discovered in the collection of a retired movie projectionist in northwestern Turkey. After its original exhibition he kept it rather than returning it to the production company, lying that it had been damaged during projection.

Glaser plans to restore the print (since no negatives apparently exist) — which he describes as “the Holy Grail”, so you know it’s in good hands — then release it on DVD, and perhaps even take it on a theatrical tour.

Much like 1973 cult classic 3 Dev Adam, otherwise known as Captain America and Santo vs Spider-Man, the Turkish Star Wars is evidence that fan films existed well before YouTube, Vimeo and the like came to be. Its original footage is interwoven with chunks that are shamelessly “borrowed” from the source material, A New Hope, as well as music from other movies (Raiders of the Lost Ark, Moonraker). The end result is a curious mashup of Turkish mythology as interrupted via Hollywood imagery.

Yep, it’s as weird as it sounds. Actually, incredibly, it’s weirder, and that’s why Turkish Star Wars become one of the most sought-after cult movies ever — the fact that it only existed in seventh-generation VHS dubs has only added to its allure over the years. But imagine seeing its most transcendently bizarre moments on the big screen, as breathlessly described by Neon Entertainment’s press release:

Memorable sequences involve the heroes battling robots inspired by “Battlestar Galactica” and “Forbidden Planet” — plus mummies, skeletons, and multi-coloured yetis. Another sees them in starfighter “cockpits,” wearing motorcycle helmets, as footage from the “Star Wars” Death Star battle is projected behind them — edits and all.

And that’s not even the half of it; the movie also features an evil wizard, galloping horses, limb-chopping kung fu fights and an array of insane costumes and “special effects”. Why not see for yourself?