The Killing Joke Movie Is A Disaster, Right Down To Its Comic-Con Panel 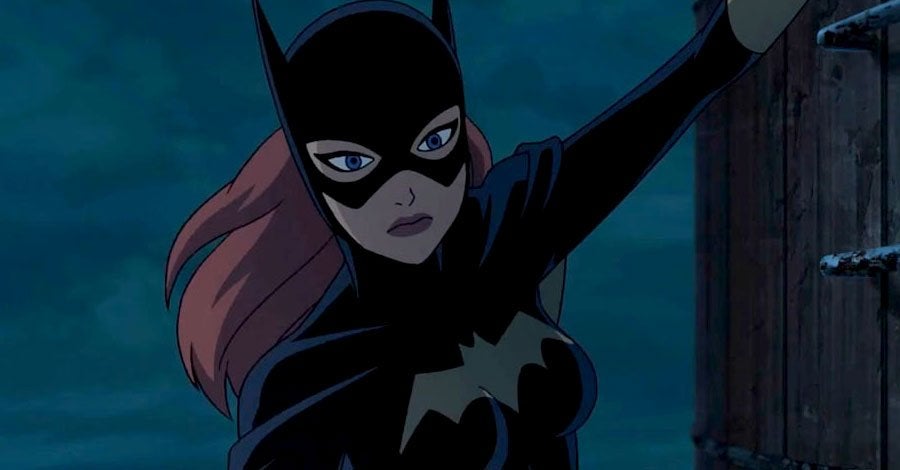 The Killing Joke is a 30-year-old Batman graphic novel that goes to ugly places, especially in what it does Batgirl. And when folks expressed anger at Barbara Gordon's portrayal in a new, controversial scene in the upcoming film adaptation during a DC panel, things got ugly in real life.

Batman: The Killing Joke is most infamous for the moment where the Joker shoots and paralyzes Barbara Gordon, a gruesome scene that serves as a mere adornment to a Batman-Joker fight. We already knew that, almost impressively, DC's animated adaptation of this comic was going to make a bad Batgirl story much, much worse. And then, at the movie's Comic-Con panel on Saturday, things managed to turn into a complete shitshow.

Here's the deal: Fans knew from the beginning that additional narrative would need to be added to a movie version of The Killing Joke; the comic is iconic, but it's also very short. Producer Bruce Timm has said that he wanted to use that time to improve Batgirl's role in the story, to make her a true character and not a footnote. Here's what he told Empire:

We thought if we were going to expand this to feature length, we didn't want to just pad out the original story... So we took that opportunity to basically tell a Batgirl story, which we don't often get a chance to do these days. And it was great, because we could spend more time with her as a character and get to understand what she's all about and how she's similar to Batman in some ways, and really different in others. .... The good side of that is we get to spend more time with her and learn that she's an interesting character. The bad side of that is that we get to like her so much that when The Killing Joke part of the story happens, it's, like, "Oh, no!", because we really like her.

That certainly sounds good on paper, but fans first learned something might be amiss when this scene began circulating online:

idk how to feel about this pic.twitter.com/gsBGHsYet5

If for some reason you can't see it, it's Batgirl and Batman, i.e. Barbara Gordon and Bruce Wayne, making out and having sex. It's a very unusual pairing in that Barbara is usually shown to be the same age as the first Robin — and is frequently romantically paired with him. In almost all media, Batman has had a primarily parental relationship with Barbara, which makes this scene problematic for many fans on its most basic level.

(It should be noted that Bruce and Barbara have hooked up in animated Bat-fiction before. The Batman Beyond cartoon that aired from 1999-2001 is set in a future where Terry McGinnis becomes the Dark Knight when Bruce is too old to fight crime. When he meets Police Commissioner Barbara Gordon, she tells him about the ill-fated romance.)

Unfortunately, it's what comes before and after the sex scene in The Killing Joke movie that makes it so much worse. Reports from fans who saw the movie at Comic-Con indicate that the first 30 minutes are an all-new prologue, before the remaining 45 minutes address the storyline of the original graphic novel. In that opening, we meet Barbara Gordon as a young librarian who has started donning the Batgirl costume in order to attract the attention of Batman — not just in crime-fighting prowess, but sexually, telling co-workers that she has "a man in her life" (throughout, Batman is apparently portrayed as emotionally distant from Barbara).

This culminates in the sex scene moment mentioned above. After the encounter, Batman keeps away from Barbara, refusing to speak with her, leaving the young woman spurned (the film shows Barbara waiting for Batman to call her on the phone). Then, of course, the rest of The Killing Joke happens — and any fan of Batgirl knows how that plays out. Barbara is paralysed in front of her own father after being shot in the stomach by the Joker, an infamous moment widely considered to be one of the lowest points in Batgirl's 40+ year history.

The Killing Joke movie has indeed added more Batgirl — now, she's a jilted romantic interest who only exists in the story to justify Batman's ongoing conflict with The Joker.

As such, it should have come as no surprise to DC Comics that some people would voice concerns at The Killing Joke panel at this year's Comic-Con. The panel, for the most part, started without a hitch. Voice actors Tara Strong and Kevin Conroy talked about reprising their roles of Batgirl and Batman for the film. Mark Hamill, one of the most iconic Jokers ever onscreen, even phoned in to say how excited he was to be returning to the role.

It was during the Q&A that things got dicey. A Joker cosplayer asked the writers why they would downplay Barbara Gordon, such a strong female character, and make her story more about the men in her life. According to Bleeding Cool reporter Jeremy Konrad, the writers insisted she was still a strong female character. Konrad, who'd already seen the film and didn't agree, himself sarcastically shouted, "Yeah, by using sex and then pining for Bruce."

That's when co-screenwriter Brian Azzarello seemed to put it all out there. "Wanna say that again? Pussy?" he asked.

A report by The Hollywood Reporter adds some context to the heated discussion:

"I actually like that in that opening story both Batman and Batgirl make a series of mistakes and then it kind of escalates, because Batman kind of overreacts and then she overreacts to her overreaction," said Timm. That's a very human thing."

Azzarello has a reputation for being contrarian and cantankerous at times. It's entirely possible that he was reacting to the way the comment was made — shouted from the crowd by a writer who describes himself as frustrated with the film — and not just the content of the remark itself. But, whether he felt he was being heckled or not, his response is crummy. Even if Azzarello disagrees with fans' reaction or feels attacked, to be so dismissive sours the relationship that fans have with Batgirl, the filmmakers, and DC as a company. The creators can stand by their creative decisions, sure, but they don't have to be arseholes about it.