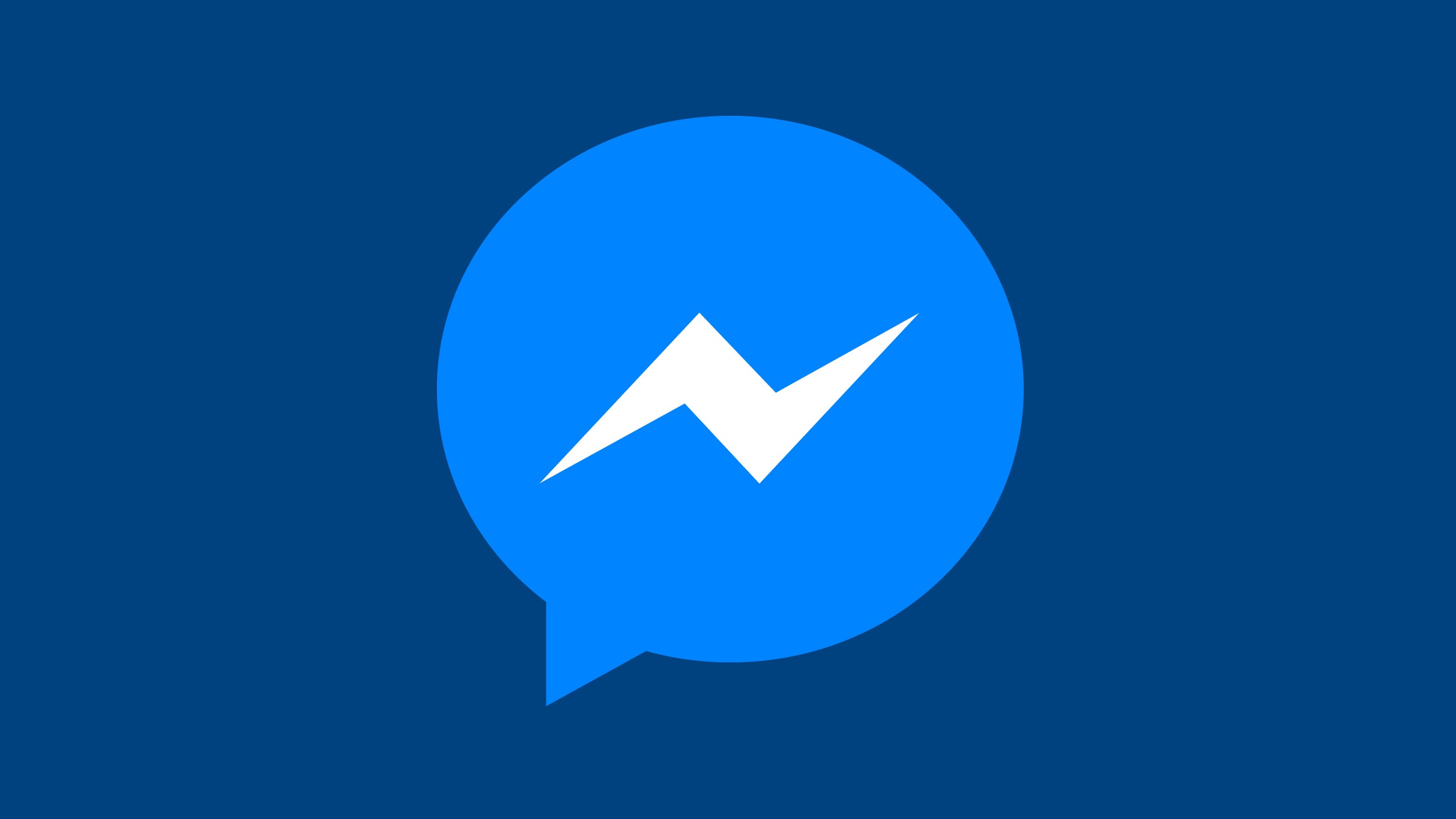 Facebook Messenger has roughly 900 million users, which is enough bodies to fill 39 Australias. So chances are good that you’ve used the app at some point, even if it means checking that weird hidden folder every once in a while to see what kind of awful spam strangers or bots have sent you.

If you use it for more than that, however, you may be interested to know there’s a lot more you can do besides typing “u up?” to anyone who happens to be online at two in the morning. Facebook Messenger is full of games, Easter eggs and useful bots, and we’re here to bring you all the best tips and tricks.

[Note: Unfortunately, Facebook Messenger doesn’t function identically across all devices. If you find that some of these tricks don’t work, we’re deeply sorry and wouldn’t necessarily discourage you from writing angry letters to Mark Zuckerberg.]

Haven’t you heard? Bots are the future. You can order flowers, call an Uber or have food delivered to your door, all from the comfort of a Facebook Messenger window. But that’s not all the bot world has to offer — you can also play Messenger’s version of Chat Roulette, read some Bible verses, find something for dinner, sort of talk to Drake or pretend that Harry Styles is your boyfriend. Isn’t the future amazing?

Instead of sending a boring message comprised solely of text, try sending a short video instead. In the mobile app, tap the camera button and hold down the middle circle for video. Bonus points if you make it weird, like this video I made in my office and sent to a friend with zero context!

3. Pretend you’re good at sports with this hidden basketball game

In March, Facebook Messenger unveiled a nifty little gimmick: A playable basketball game that can be accessed by sending a basketball emoji and tapping it.

Euro 2016 is currently underway, and Messenger is in on the action. Much like the basketball version, the playable soccer game reveals itself if you send a soccer ball emoji and tap it. It should be noted, however, that both the basketball and soccer games are also much harder to play than they look.

5. Send someone your location

This is best deployed with a bit of creativity and a complete lack of shame. Sure, Facebook thinks you’ll use this feature — accessible by tapping the three dots on the bottom right of the chat window, and then choosing “location” — to faithfully let your friends and family know where you are. Instead, however, you could use it to passive-aggressively let an ex know you’re on a date with someone else (“Remember that date spot we always wanted to try? I’m there now!”), creep out your timid coworkers (“Really into this guided Museum of Sex tour. You should go!”) or irritate your friends (“Hour four of this car ride is going great!”)

If sports aren’t really your thing, you can type “@fbchess” into a chat window and play a game of chess against a friend. You can also somehow play chess against yourself, which makes for an amusing activity if you’re really bored. 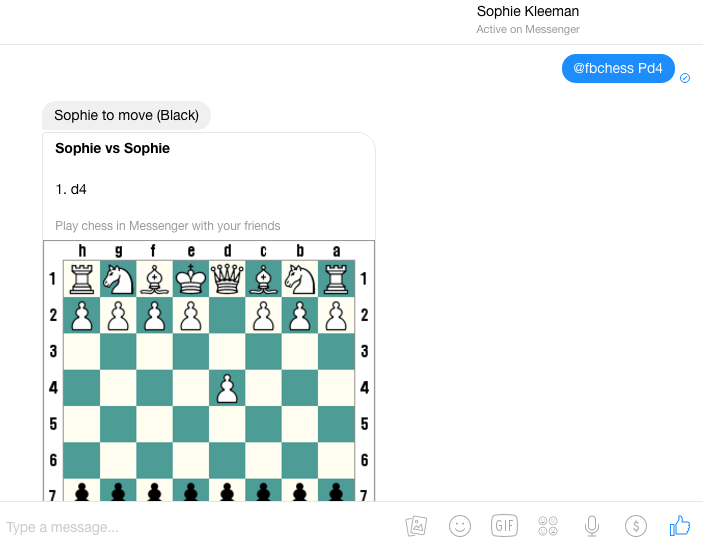 You’ve had a bad day. You need a pick-me-up. Type @dailycute into a chat window and see what happens.

8. Shower someone you love (or don’t) in hearts

Perfect for showing your beloved (or perhaps a random friend) that you love them. Send a heart emoji, and a fluttering of red hearts will pop up: 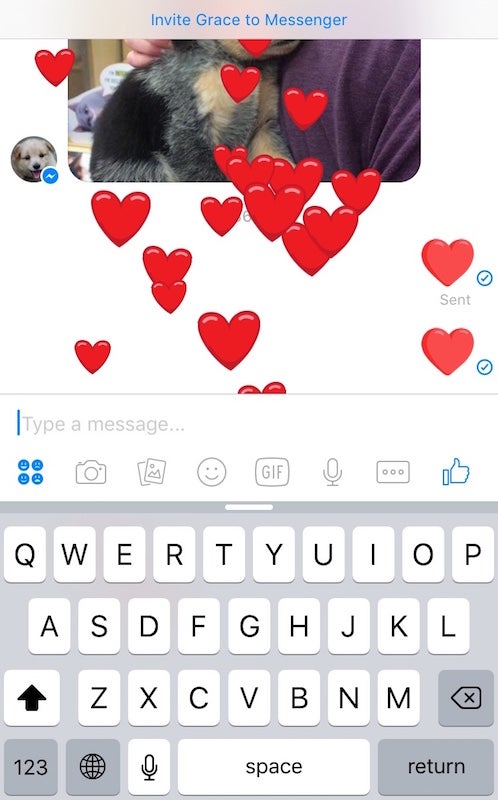 You know what to do with the feature that lets you draw on photos in your camera roll before you send them, right? Of course you do. (Dicks. I’m talking about drawing dicks all over your photos.)