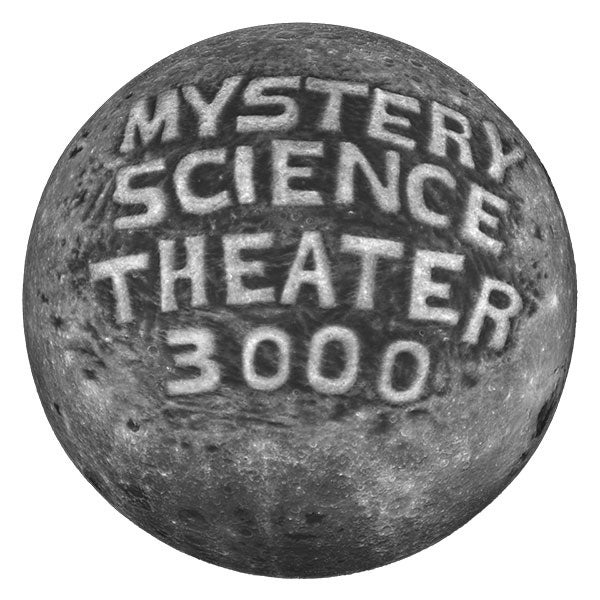 MST3K has unveiled what will likely be the look for its new moon. Show creator Joel Hodgson revealed the logo on Kickstarter, as part of the series' ongoing outreach to supporters who spent $US5.7 million ($7.5 million) making the show a reality. The cult film commentary series was funded on Kickstarter last year and is currently in development. The new show will star Jonah Ray and Felicia Day, and feature the classic robots we know, although they will have different voice actors. There might also be appearances from the likes of Patton Oswalt, Neil Patrick Harris and Mark Hamill.

Some of the show's main appeal came from how DIY everything looked, and that's because they made most of it themselves. Most of the stuff created for the show was made with found objects, hot glue guns, a form machine and Krylon paint. This hand-me-down style was reflected even in the logo. Hodgson said the original moon, which was inspired by films like A Trip to the Moon and Eraserhead, was made by covering a large plastic ball with styrofoam letters and "Great Stuff" foam-in-a-can. 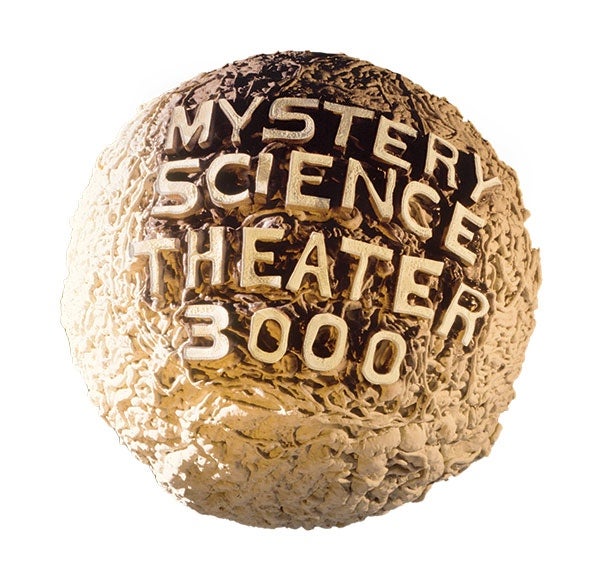 Hodgson admitted the original moon wasn't the most realistic, with some fans calling it "the spaghetti ball". So for the updated version, they got a bit more technical. Hodgson said MST3K worked with House Industries to create a 3D model that they're going to replicate on a 3D printer. He promised the styrofoam lettering looks the same, but the moon looks a little more, well, moon-like.

The new moon logo is not official, yet, but it's already available as a coffee mug.