Groot Is Still Tiny In The First Guardians Of The Galaxy Vol. 2 Image 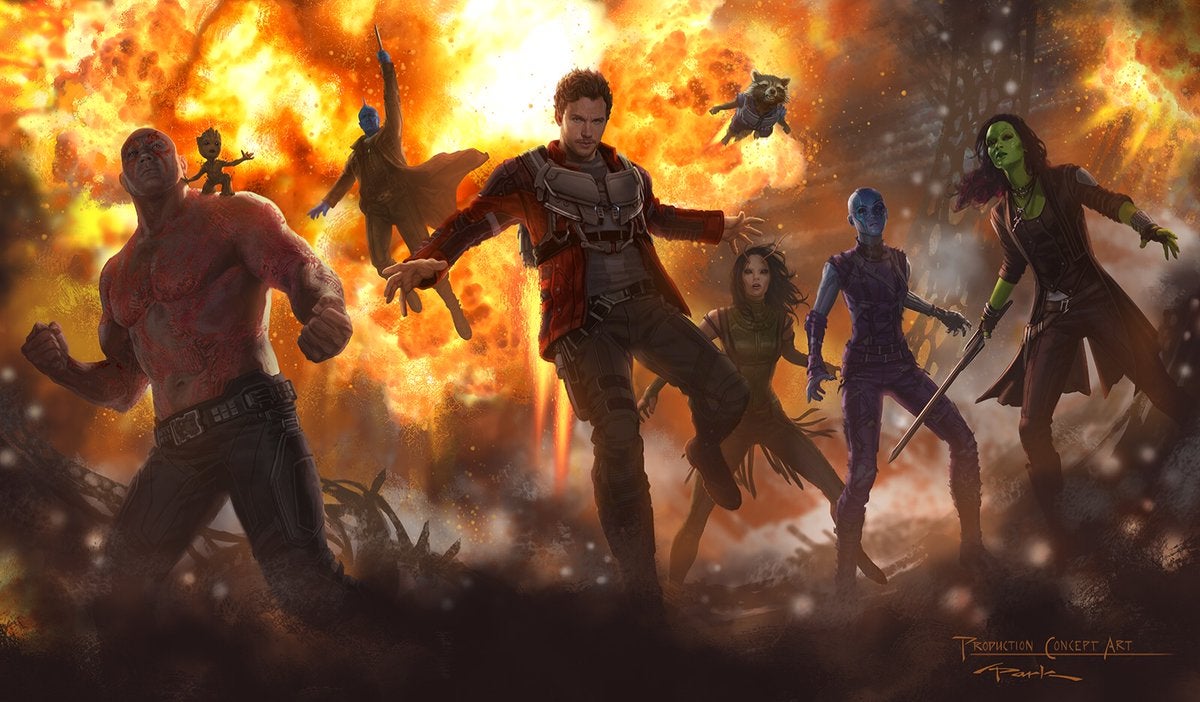 There are some interesting details in the very first piece of Guardians of the Galaxy Vol. 2 concept art. For one thing, Groot hasn't grown big yet. For another, there's a brand new character standing there behind our team. Image via James Gunn on Twitter

The image, tweeted by director James Gunn, shows not only Rocket, Groot, Gamora, Peter Quill and Drax, but also shows Nebula, Yondu and a new (to the MCU) character named "Mantis".

1st bit of concept art of our new @Guardians for #GotGVol2, revealed by our friends at @EW. Art by @andyparkart pic.twitter.com/Zg3wjf5TOk

Entertainment Weekly revealed that the movie version of Mantis is "an acquaintance of the Guardians" who has learned everything she knows about interacting with others from them. She'll be played in the by Pom Klementieff (Oldboy).

As for baby Groot, executive producer Jonathan Schwartz says that there's a question about whether this is the same Groot we all know and loved — just shrunk down a bit — or a brand new Groot. Regardless, he'll have a different personality. "He doesn't have the wisdom and experience of that Groot. He's a younger Groot and a more rambunctious Groot," Shwartz told Entertainment Weekly.

We're going to be stuck pondering the nature of Groots until the movie comes out in 2017, aren't we?