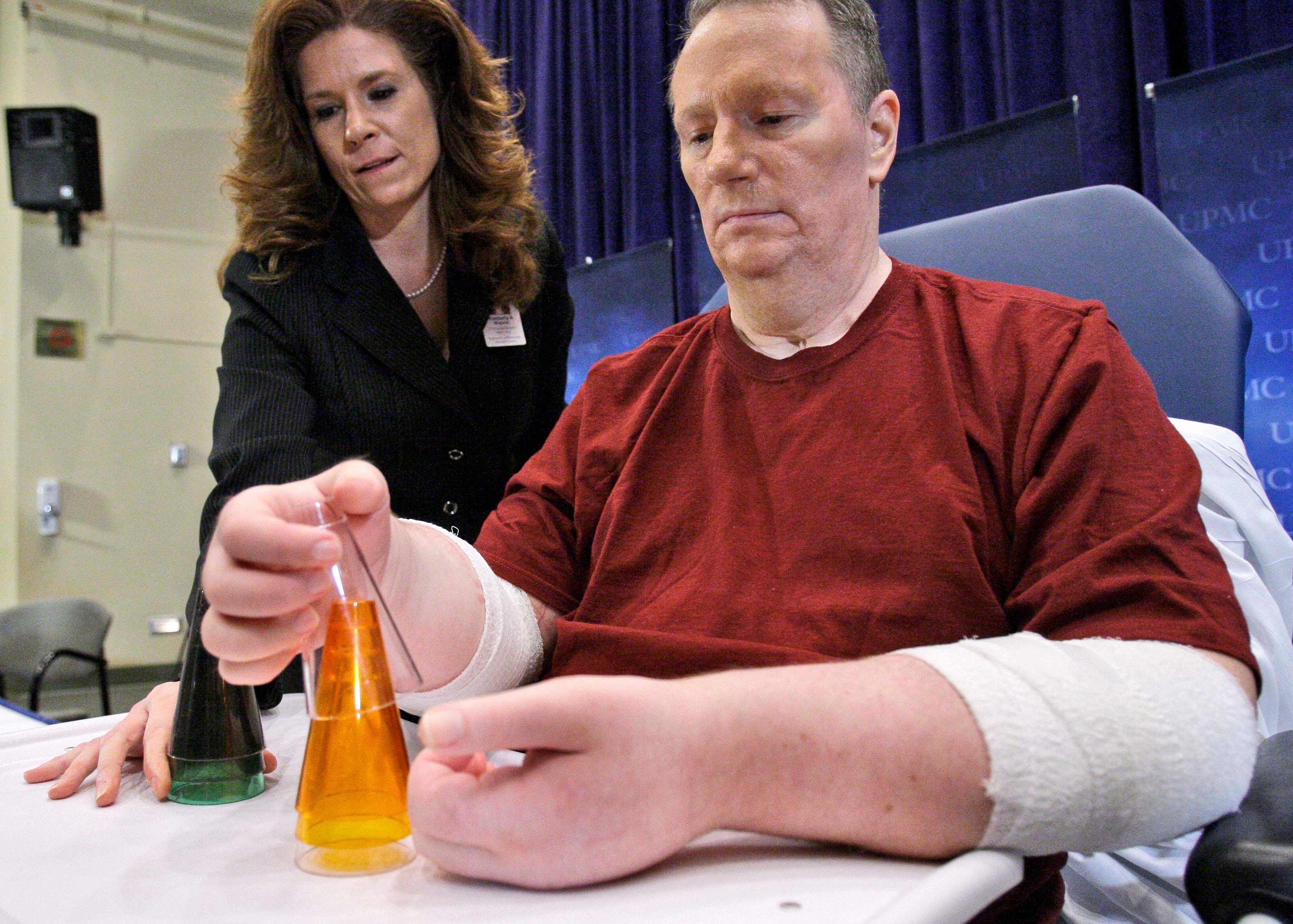 Jeff Kepner, the first American to receive a double hand transplant, wishes they could be removed. Image: AP

In an interview with TIME published today he revealed that the transplant was unsuccessful and he has never been able to utilise his hands.

Kepner had his hands amputated in 1999 after his strep throat infection caused sepsis. Before he received the hand transplant in 2009, he used prosthetics which allowed him to not only hold down a job, but even drive a car.

Kepner figured if the transplant was unsuccessful, he could simply get them removed and go back to prosthetics. The doctor who oversees Kepner's case, Vijay Gorantla, told TIME that "it's uncertain if Kepner would be able to use prosthetics if the hands were removed, and that rigorous physical therapy would be required".

While his life might improve if they were to partially amputate the transplanted hands, Kepner is tired of the relentless surgeries. "I am not going through all those operations again," he said.

Dr W.P. Andrew Lee, the surgeon who performed the transplant, said that Kepner's case is unusual. "The other three patients have had significant functional return in their hands and have been able to resume completely independent living, including driving, working and going to school," he explained.

Since Kepner's 2009 transplant has rendered him "zero per cent functional", his wife — who cares for him full-time — has set up a GoFundMe page to cover the years of medical bills.

Let's hope the man who received the penis transplant has better luck.