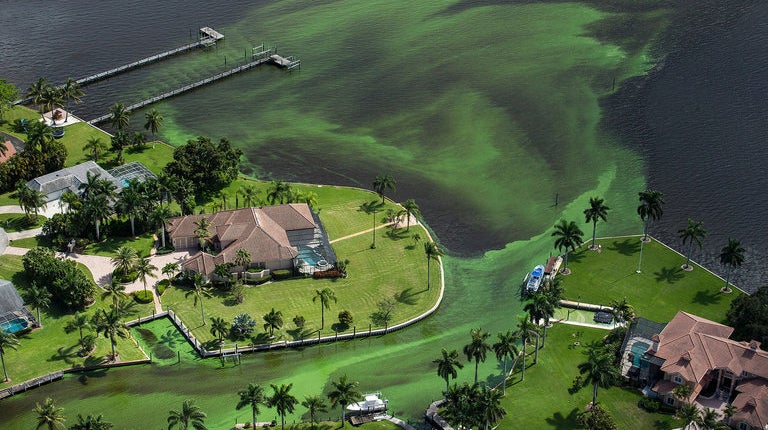 Fourth of July celebrations along Florida's Treasure Coast were decidedly muted yesterday, thanks to a putrid, toxic algae bloom that continues to fester days after Governor Rick Scott declared a state of emergency. Image: Greg Lovett/Palm Beach Post via AP

Described as "rancid" and "guacamole-thick", one of the worst algae blooms in recent memory has spread across coastlines and seaside inlets in Florida's Martin, St Lucie, Palm Beach and Lee Counties, filling the air with a foul stench. Residents, who are complaining of headaches and respiratory problems and have been seen sporting breathing masks, are being advised to stay out of the sludgy water, as if they needed help figuring that one out.

The nightmare traces its origins to nearby Lake Okeechobee, where the US Army Corps of Engineers recently began a controlled discharge to prevent excessive flooding. The lake water, laden with agricultural pollutants from farms to the north, causes bright green algae to flourish as it flows downstream.

Residents are understandably upset about the Army Corp's actions, but the situation is complex and mired in South Florida politics. If the lake overflows — and it's very close to doing just that after a year of heavy rain — it could cause "widespread damage and problems" to the south, Army Corps spokesperson John Campbell told the New York Times. 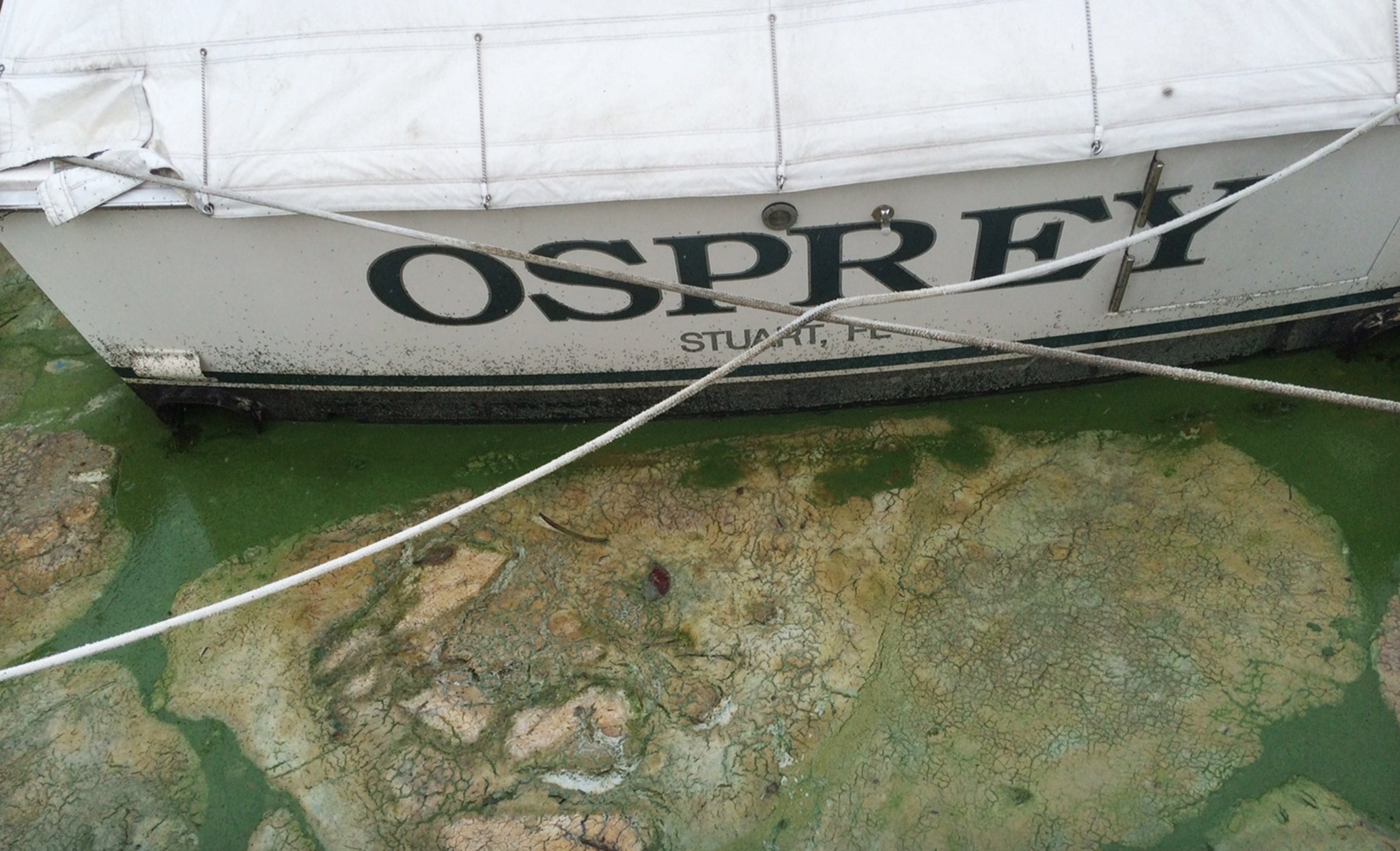 And directly south of Lake Okeechobee lie some of the state's most lucrative sugar farms, whose lobbyists, environmentalists say, are bankrolling state legislature re-election campaigns. "They, as in the state and federal government, say they can't send the water south, but they can," Florida Oceanographic Society director Mark Perry told the New York Times. "This is an absolute atrocity that they are allowed to continue this in the name of agriculture."

The Army Corps counters that it has a delicate balance to strike, with the drinking water of more than eight million area residents at stake. "It has been a challenging year for south Florida," Col. Jason Kirk, the Army Corp's District Commander in Jacksonville, said in a statement. "Our water managers have dealt with such large quantities of rain and runoff entering the lake that it would cover the entire state of Delaware in two feet of water."

Still, after receiving numerous complaints last week, the Army Corps announced that it would start reducing the flow of water from Lake Okeechobee. How much longer coastal residents are going to have to endure vile green goo remains unclear. [ABC News; NPR; New York Times]