US, UAE Sign Agreement To Collaborate On Space Exploration 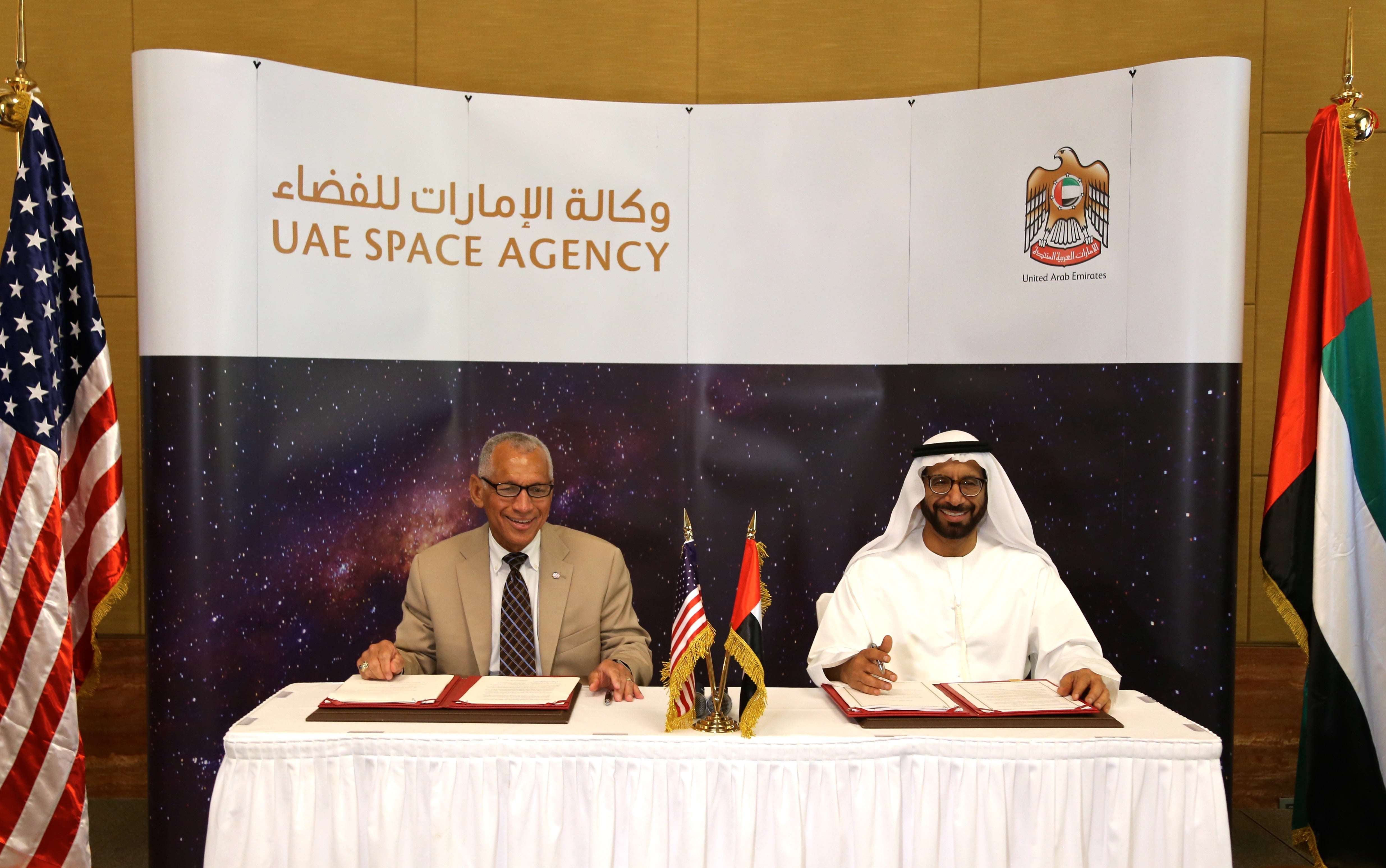 The United States and the United Arab Emirates (UAE) announced an agreement on Sunday that would allow the two nations to collaborate on matters of space and aeronautics research, including the potential journey to Mars. Image: NASA

NASA announced the news on its website, saying that officials who met in Abu Dhabi are looking forward to the partnership that they hope will not only strengthen the relationship between the two countries, but also contribute to the field.

"NASA is leading an ambitious journey to Mars that includes partnerships with the private sector and many international partners," said NASA Administrator Charles Bolden. "I am confident this new framework agreement with the UAE Space Agency will help advance this journey."

The two countries also announced that they would collaborate on education and public outreach.

Both countries' space agencies have plans to get to Mars in some form. The UAE Space Agency (UAESA) has plans to get an unmanned probe to Mars by 2021, which coincides with the nation's 50th anniversary (it gained independence in 1971). If it succeeds, it will be the first Arab, Islamic country to do so.

NASA wants to get humans to the Red Planet by the 2030s.

"The reason why cooperation and collaboration are important to the UAESA is because we believe that working alongside international partners is the best way to accelerate the development of space technologies and the space sector within the UAE," said UAE Space Agency Chairman Dr Khalifa Al Romaithi.

Space News had previously reported that Bolden was interested in cooperating with international organisations on NASA's space mission, which he said was losing momentum compared to more Earthly exploits. With none of the major US presidential candidates having definite answers on matters of space exploration, the future of NASA's programs is up in the air.

"I'm not going around because we're trying to push our way into anybody's house," Bolden said. "We're going because people are asking us to come."