This Exhibit Makes Cosmic Art Out Of The Night Sky 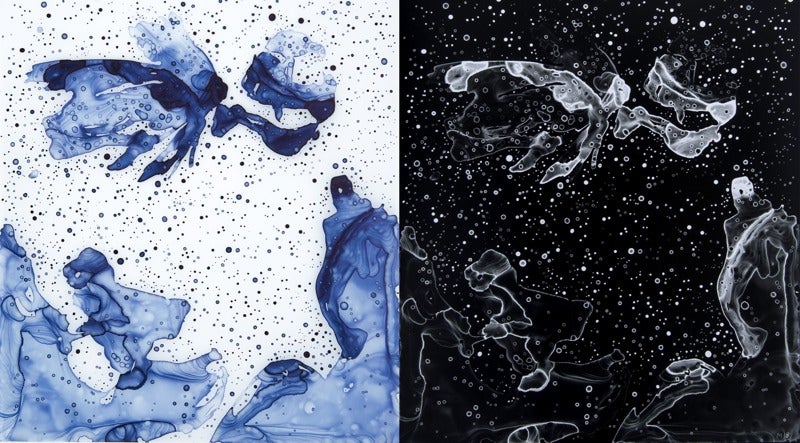 A classic 18th century astronomy catalogue of galaxies and nebulae is the inspiration for Deep Sky Companion, a series of 110 pairs of paintings and photographs of objects visible in the night sky by artist Lia Halloran, currently on exhibit at Caltech in Pasadena California. All images courtesy of Lia Halloran

The daughter of a physicist, Halloran's work has always been informed by science. For Deep Sky Companion, she drew inspiration from the catalogue of objects compiled by French astronomer Charles Messier in the 18th century. Messier actually made the catalogue out of frustration. He was hunting for comets and wanted to rule out other objects in the night sky that might impede his search. He had no idea he was observing entire galaxies and interstellar nebulae.

When her father gave her a Celeron telescope one Christmas in university, Halloran discovered the joy of amateur astronomy. As she writes in the exhibition catalogue:

Viewing Saturn from my rooftop was somehow far more impactful on me than the jaw-dropping images from the Cassini satellite because I could experience space, and understand that I was in fact a space traveller on a celestial rock, looking out at another rock travelling in space. Observing the Orion Nebula and nearby galaxies seemed to create a fold in time between myself and Messier. I would imagine his observing sessions and the drawings he made through his telescope to classify the natural world and make sense of the unknown above him.

There's science behind her method of creating the pieces too. For the current exhibit, Halloran used the same cyanotype printing process she used for Your Body is a Space That Sees, an homage to women astronomers throughout history, from Hypatia and Caroline Herschel, to Cecelia Payne, Henrietta Leavitt and Jocelyn Bell.

She started by creating paintings of the Messier objects — all 110 of them — using blue ink on drafting film. Then she used that as negative to make positive prints of her paintings on photosensitive paper using the conventional black-and-white darkroom printing process. It just happens to mimic early astrophotography using glass plates.

When it came to displaying her work in Caltech's signature Cahill Center, the building's unique architecture presented a challenge, with its slanted ceilings and odd asymmetric planes. The solution: Crop the paintings into a series of circles and scatter them throughout Cahill's exotic stairwell, bringing a sense of what it's like to view objects in deep space to the experience.

Deep Sky Companion will be on exhibit at Caltech's Cahill Center for Astronomy and Astrophysics through December. You can check out more of Halloran's work on her website. 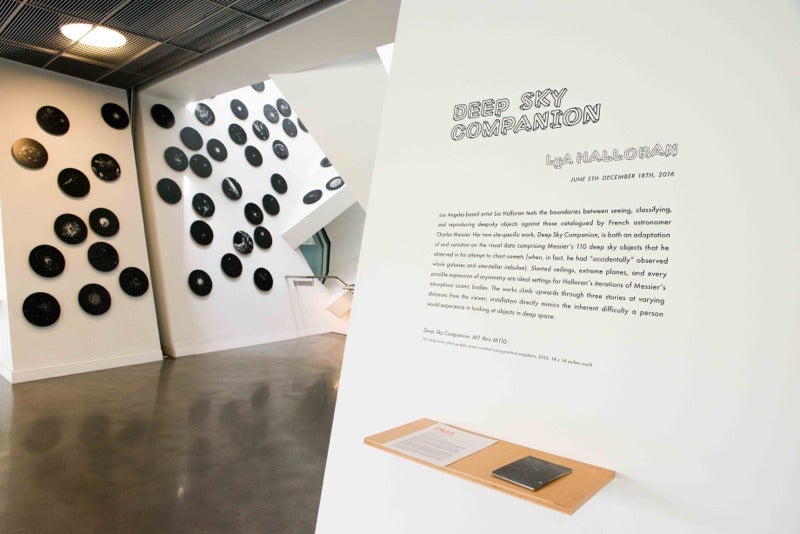 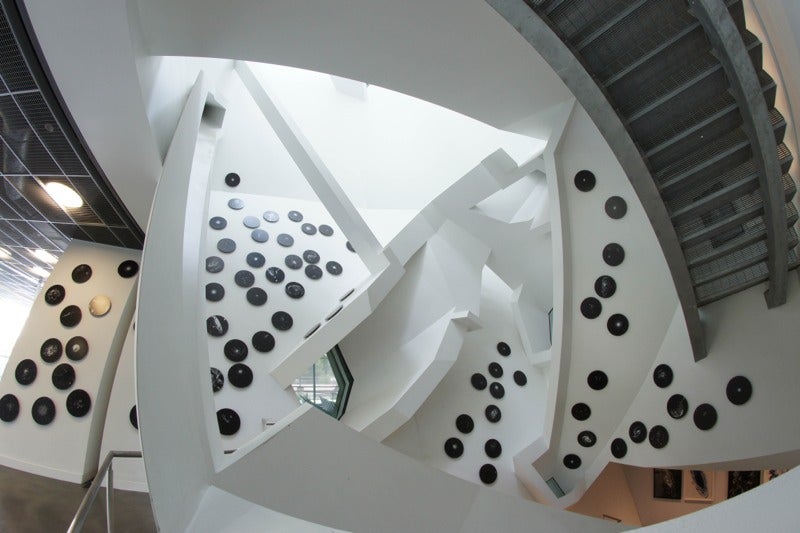 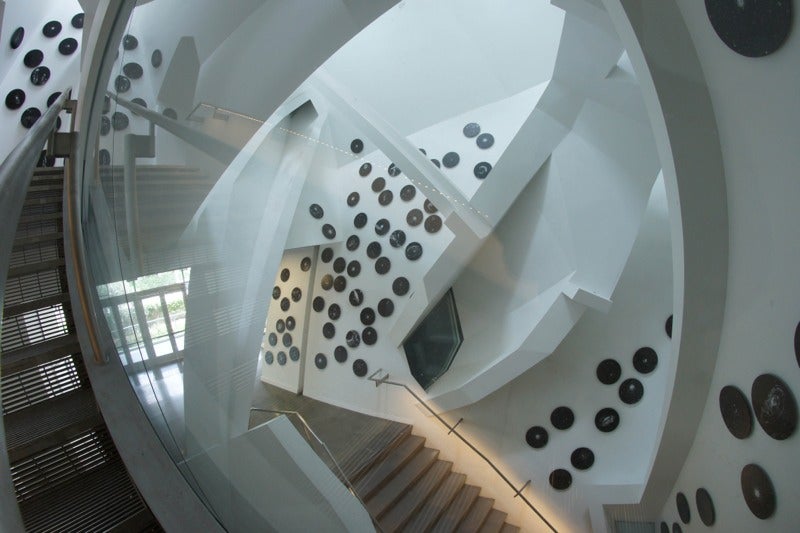 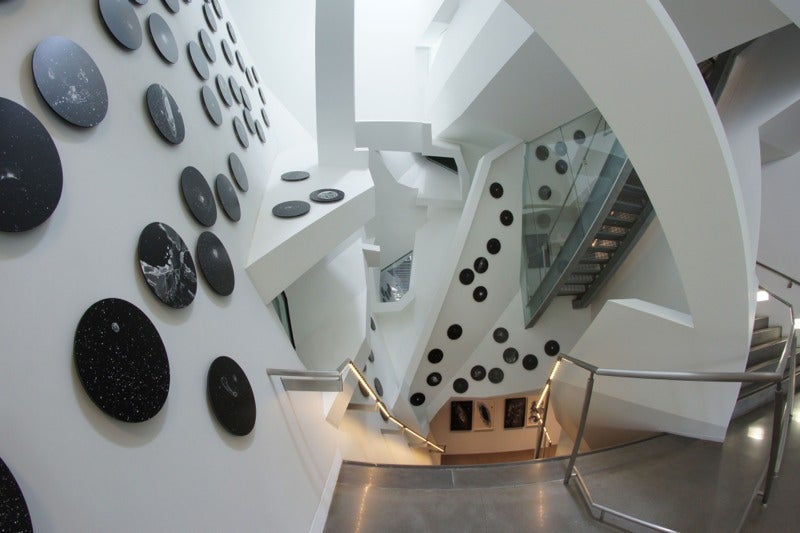