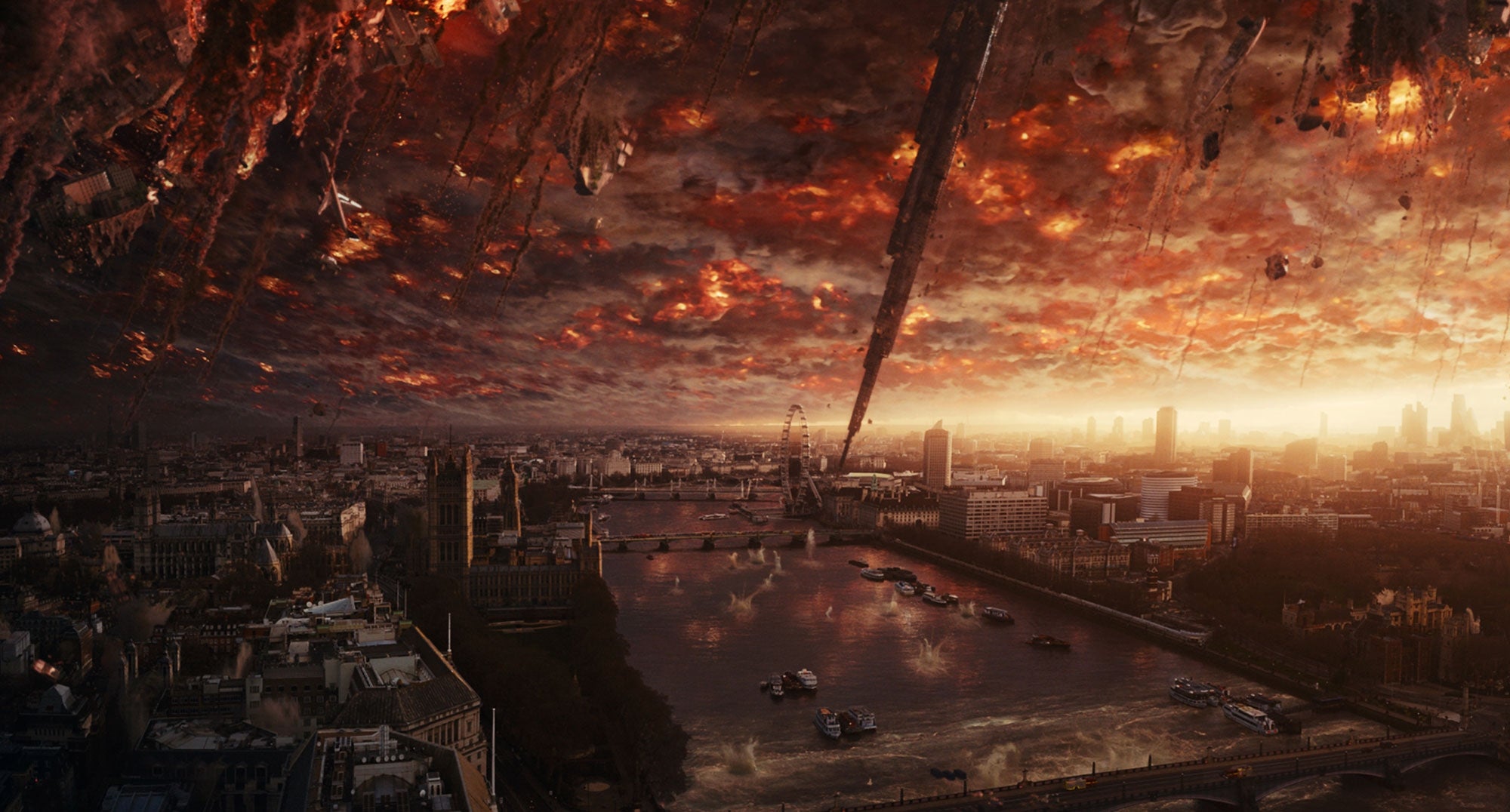 We haven't even seen the second Independence Day movie yet but, by the simple fact it's a sequel to Independence Day, we know what to expect: Disaster and destruction on a global level. However, several years ago, director Roland Emmerich was planning an Independence Day sequel that wasn't going to include any of that. The sky is falling over London in Independence Day: Resurgence. Image: Fox

Speaking to Empire, the co-writer/director of both films explained he had a vision for a different follow-up several years go.

"It was after 9/11 and Dean [Devlin] and I wanted to make the movie about peace, and it just didn't work," Emmerich said. "There's still an element of that in the new one, but that version was only about that."

He then offered up a few more details on what this story about peace would have been.

"We shoot aliens down accidentally and then at the end of the movie they land on the White House lawn and say 'We come in peace' and that was it," Emmerich said. "It was just too weak an idea and we didn't really want to do it. It didn't have an Independence Day feel. Only the alien ship was destroyed!"

You certainly have to admire the intent behind Emmerich's idea. To subvert expectations with a message of peace and harmony is, especially in these times, a noble one. But let's be honest — there are movies with noble values and there are movies like Independence Day where an audience just wants to cheer the good guys triumphing over impossible odds by blowing things up.