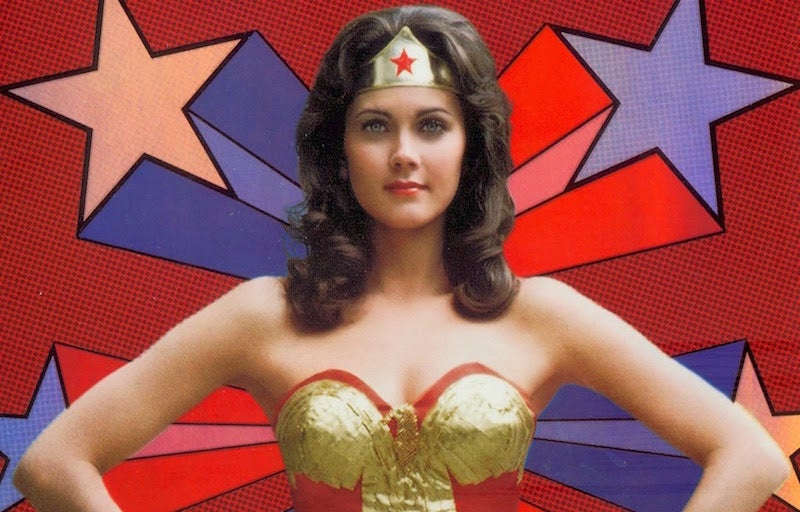 With all the votes in and all districts reporting, we can announce that the Supergirl TV series has hired former Wonder Woman Lynda Carter to guest-star as the president in the show's second season. It's a fantastic bit of casting that producers Greg Berlanti and Andrew Kreisberg wanted to make happen in the first season, but Carter's busy schedule prevented it. No longer!

Here's the big question: What will be the name of Carter's president? Could it be Diana Prince, Wonder Woman's secret identity? Or might she be playing a different DC character who became a US president in an alternate universe? (Possibilities include Elizabeth Ross, Barbara Gordon and Liberty Belle.)

Even better question: Will she only be the president of the universe which happens to include Supergirl's National City? Is her alternate universe doppleganger commander-in-chief of the America that includes Star City, Central City, Keystone City and the rest of the Arrow/Flash/Legends of Tomorrow world?

One thing we do know is that the DCW universe is still killing it by bringing in the stars of past DC superhero shows for legacy roles, including Mark Hamill's return as The Trickster, John Wesley Shipp's Jay Garrick, Amanda Pays as Dr Tina McGee and Dean Cain as Jeremiah Danvers. Based on them, it seems like that that Carter's president will have some sort of connection with Wonder Woman... even if it's just that Air Force One has technology that allows it to turn invisible.