The Curiosity Rover Sure Looks Lonely When Seen From Space 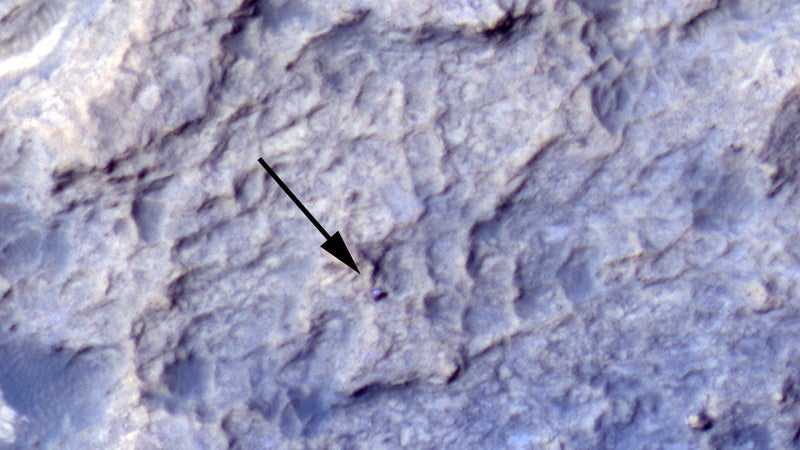 Image Cache: A remarkable new image captured by a satellite in orbit around Mars shows the Curiosity rover as it explores the barren landscape. X marks the spot: the Curiosity Rover as seen from orbit (Image: NASA/JPL/University of Arizona)

Browse through the cool photos, animations and diagrams in Gizmodo's Image Cache here.

Curiosity is currently investigating the Naukluft Plateau, which is just north of the Bagnold Dune field. A newly released photo taken by the HiRISE instrument on board the Mars Reconnaissance Orbiter shows the rover as it's trundling across the Martian surface. 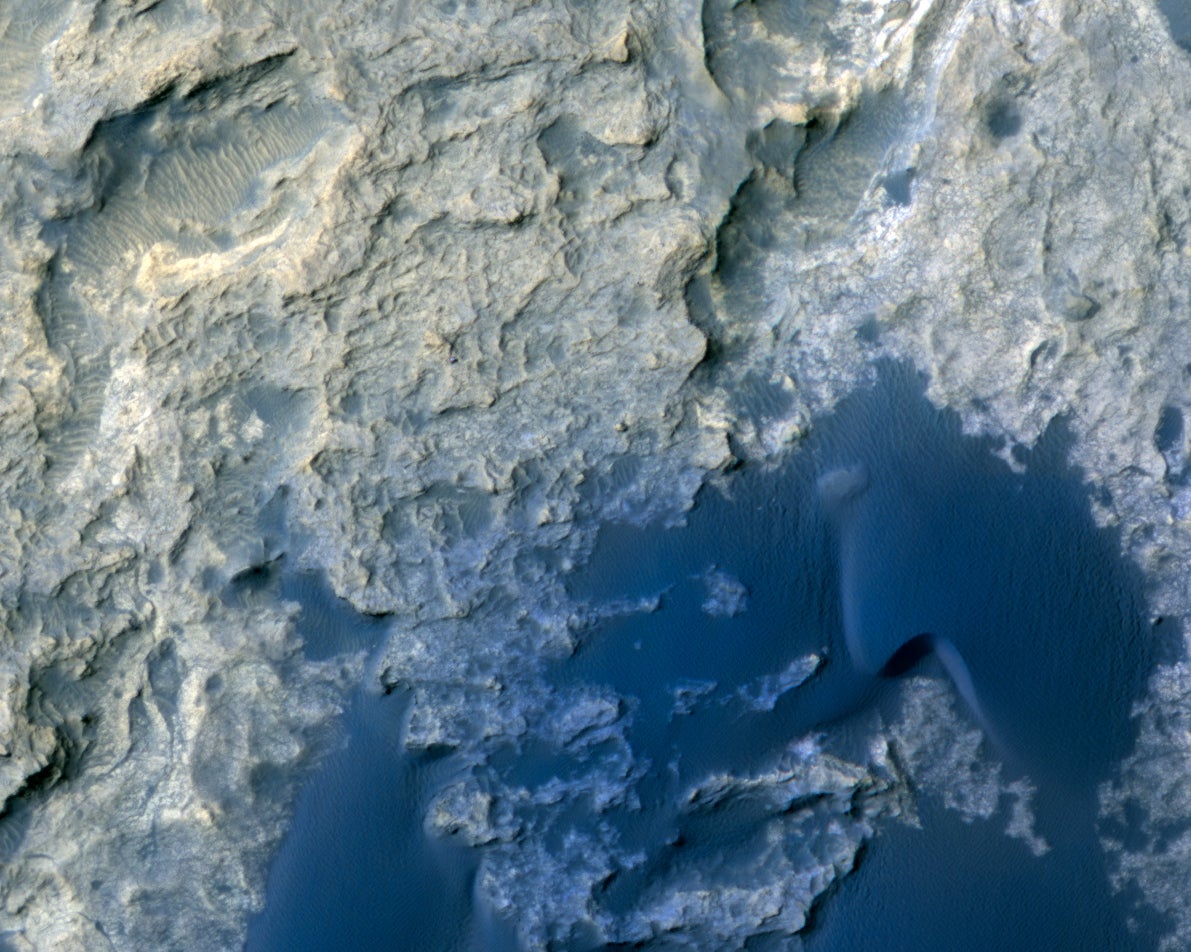 Can you see it? It's just below that X formation just to left of center. Image: NASA/JPL/University of Arizona

Located within the the Naukluft Plateau are sandstone outcrops known as the Stimson Foundation. Looking at the image, it doesn't appear that the four-wheeled probe is leaving any tracks behind. But that's because this expanse of bedrock doesn't contain much sand or dust that could be displaced by its wheels. Below is a zoomed in view.

The image below was taken by Curiosity and it shows what the area looks like from the surface. 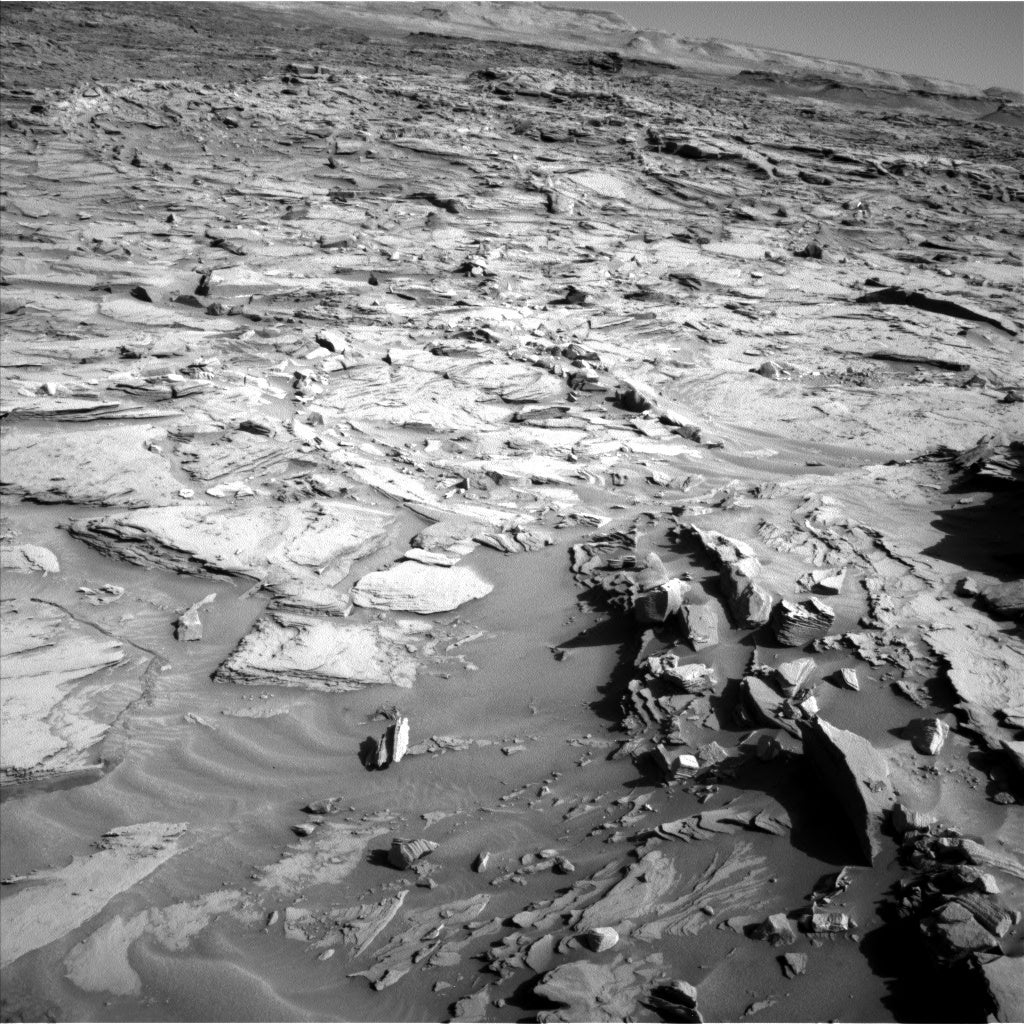 Man, that's a barren place. Here's to hoping that human explorers will be able to pay Curiosity a much needed visit in the not-too-distant future.