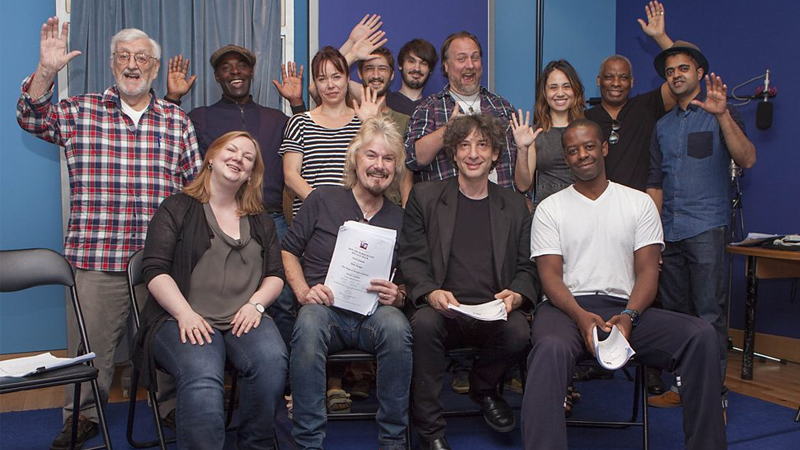 A few years ago, BBC Radio 4 produced a fantastic adaptation of Neverwhere, Neil Gaiman's sprawling urban fantasy series (turned novel) about a mysterious world hidden below London. Now the Beeb is returning to London Below for a spinoff based on one of Gaiman's own short stories set in the same universe.

Announced today, How the Marquis Got His Coat Back is a 45-minute adaptation of the short story of the same name, released as part of the Rogues cross-genre anthology in 2014. The story, set after the events of Neverwhere, followed the Marquis de Carabas on the hunt for his special coat across the fantastical underworld of London Below. 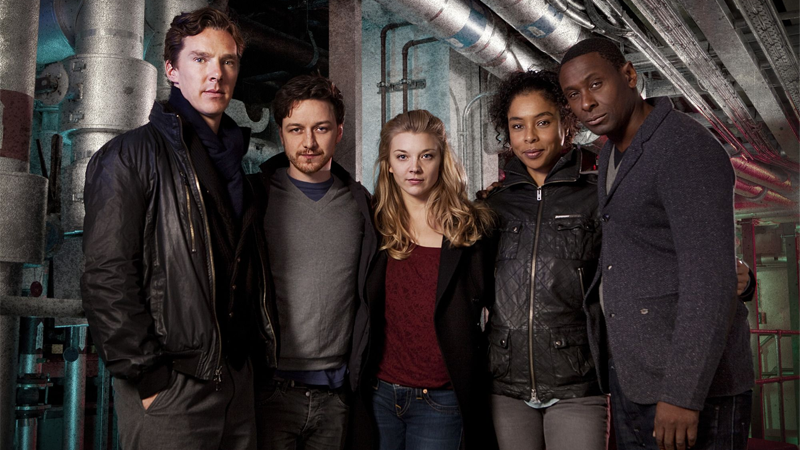 The cast of the 2013 Neverwhere radio play, where the Marquis de Carabas was played by David Harewood. The adaptation, directed by Dirk Maggs for BBC Radio 4 (the man behind the previous Neverwhere adaptation), is due to air later this year. The BBC released a cast photo from recording, which you can see in the header above, including several familiar faces from Neverwhere's past — like Bernard Cribbins, who played Old Bailey in the radio play, and Paterson Joseph, who played the Marquis in the original 1996 TV serial.

The corporation noted that "at least one key figure" is missing from the photo, indicating there could be potential returns from the first Neverwhere cast, which included James McAvoy, Natalie Dormer, David Harewood, Sophie Okonedo, and Benedict Cumberbatch. Harewood seems the most likely, seeing as he played the Marquis — unless Joseph is stepping in to reprise the role — but a few surprising familiar faces would be fun. It's always good to hear more Neil Gaiman stories, regardless.

Sam Rutherford 07 Apr 2020 2:02 AM
Dell is running into a real issue with the XPS 13, though in this case, it’s a good problem. Over the past couple of years, Dell has tweaked and refined its flagship 13-inch laptop to the point that we thought last year’s model was practically perfect. And now, Dell has released the new XPS 13 9300 with a more useful 16:10 screen, a larger touchpad and keycaps, slimmer bezels, and even better performance.