That Scrapped Star Wars TV Show Would Have Starred A Sympathetic, Heartbroken Emperor 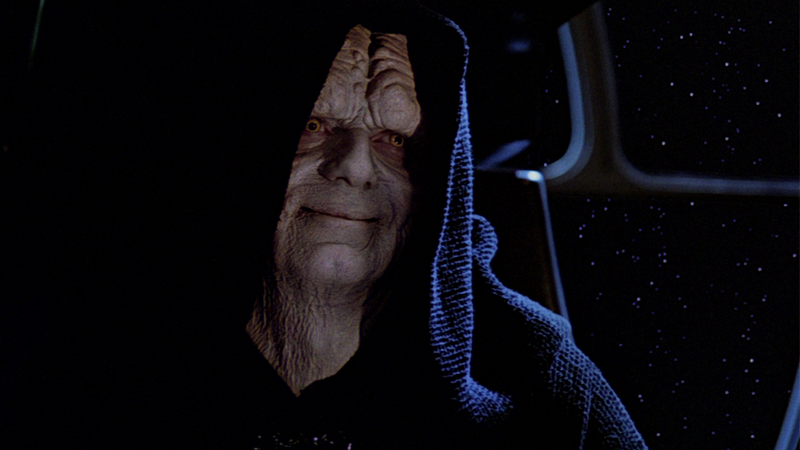 While Star Wars Underworld will likely never make its way to production at this point, hearing details about what might have been in this exploration of the seedy underbelly of Coruscant is still a fascinating prospect. Case in point? The revelation of Emperor Palpatine not just being in the show, but him apparently being... sympathetic? The intriguing tidbit comes buried in an interview Venturebeat conducted with Cory Barlog, the director of the latest God of War video game shown at E3 last week. Barlog briefly worked at Lucasarts — the now-defunct Lucasfilm game studio that was working on a tie-in to Underworld, Star Wars: 1313, when it was shuttered — before re-joining the God of War team.

When asked about how the next God of War will mature its infamously-angry protagonist Kratos, Barlog drew a parallel to his brief time at Lucasarts, noting that the idea to make an unlikable character more likeable was something Underworld was planning to do with Star Wars' biggest villain:

Probably the really small beginnings of this idea, the germination of this — when I was working at Lucas, I was allowed to go up to the ranch and read the scripts for the [canceled live-action Star Wars] TV show. It was the most mind-blowing thing I'd ever experienced. I cared about the Emperor. They made the Emperor a sympathetic figure who was wronged by this fucking heartless woman. She's this hardcore gangster, and she just totally destroyed him as a person. I almost cried while reading this. This is the Emperor, the lightning out of the fingers Emperor. That's something magical. The writers who worked on that, guys from The Shield and 24, these were excellent writers.

All we knew about Underworld was that it would have focused on the criminal gangs that ruled the lower levels of Coruscant during the rise of the Empire, so Palpatine's presence as seemingly a character with a major role to play in the story is a bit surprising. Even more so, that he would have been a sympathetic foil to one of these gangsters. Emperor Palpatine!? That's so weird — it's hard to imagine feeling bad for the most evil man in the Star Wars galaxy, but that was apparently the plan.

Still, who knows — Lucasfilm president Kathleen Kennedy has said the ideas buried within the plans for 1313 and the myriad scripts written for Underworld are definitely something the company wants to draw upon in the future. Maybe this tragic take on Palpatine could show up in some form somewhere else.