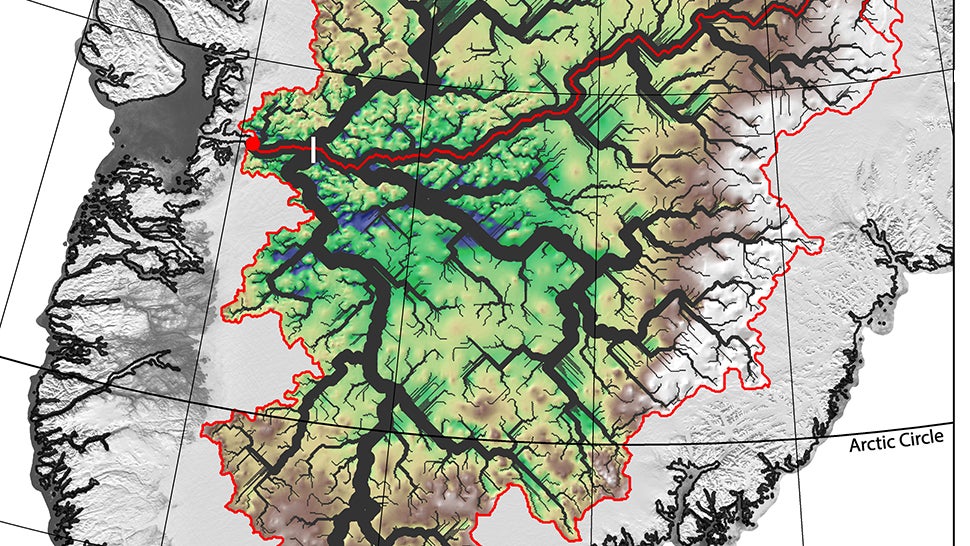 British geophysicists have discovered evidence of an ancient drainage network buried beneath Greenland's ice sheet that once extended across nearly a fifth of its total surface. Some of the channels within this system were about a 1.4km deep and over 12km wide. All images: Cooper et al., 2016

Scientists from the University of Bristol and Imperial College London described their work in the latest edition of Geophysical Research Letters. Using ice-penetrating radar and sophisticated elevation modelling software, their scans revealed a vein-like network of valleys that spread inland from the Jakobshavn Glacier (Greenland's largest outlet glacier) across a region comparable in size to the Ohio River Basin. 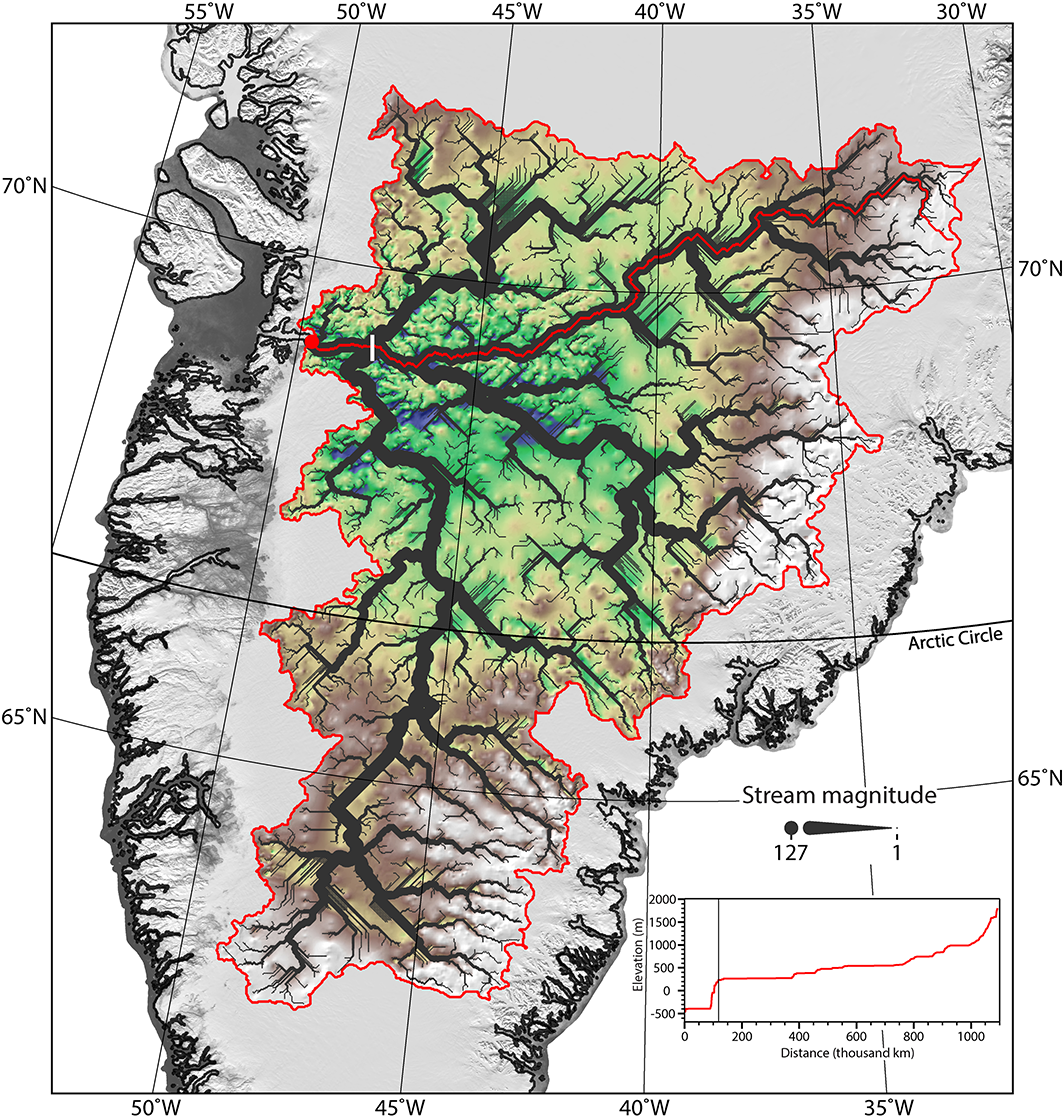 Greenland's ancient river system. The streams of the catchment are shown in black, and the main channel is designated with a thin red link. Bed elevation is also shown.

This drainage basin was approximately 450,000 km2 and accounted for about 20 per cent of Greenland's total land area. The basin's watershed was mostly smooth and low in elevation, but it also included some mountainous terrain on its eastern edge. From top to bottom, the drainage system's total elevation range reached 3382m. 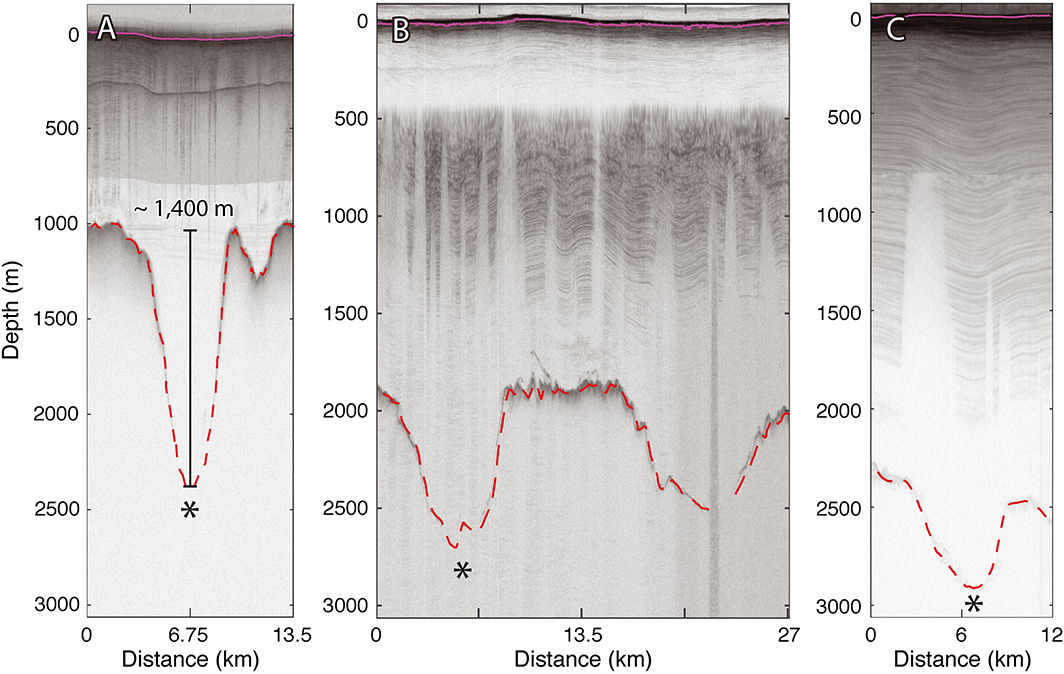 This cross-section shows three different river profiles, including one at a depth of 1400m.

Some of its most massive channels were up to 1400m deep and 12km wide. Incredibly, these gashes in the landscape were larger than the "megacanyon" discovered just a few months ago.

This wasn't just some piddly river system. About 3.5 million years ago, for about 2.3 million years, water was pouring into Greenland along its eastern edges. The drainage point was pinpointed along the west coast just south of 70°N. Over time, the rushing waters carved deep V-shaped channels across the landmass. Eventually, the climate cooled yet again, and the Jakobshavn Glacier emerged, obscuring the remnants of this once mighty river system.

A close-up of the basin outlet (left) and its location on Greenland (right).

Given just how quickly Greenland's ice sheet is currently melting, we may eventually be able to see this canyon system with our own eyes.