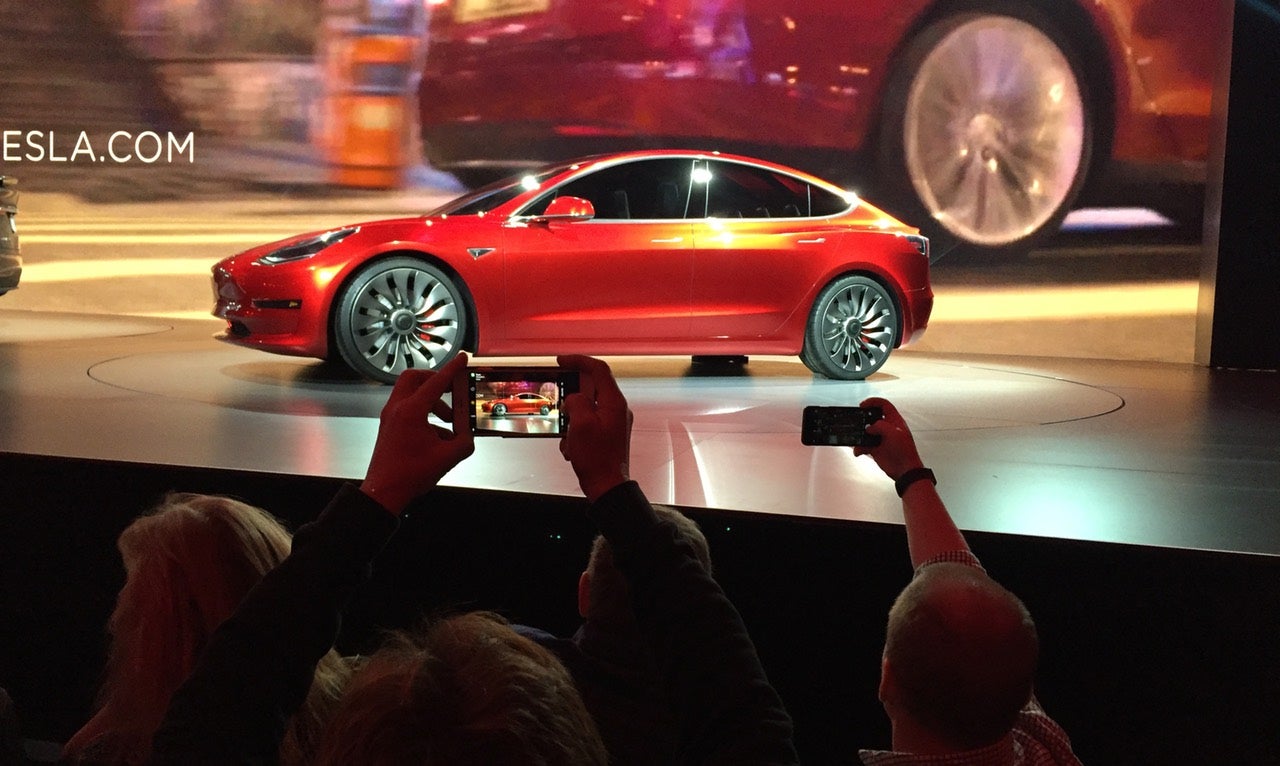 Tweets are mysterious things. They’re sometimes witty, usually banal and often garbage. But if you’re Elon Musk, your tweets can have a very real impact on how companies are valued. For instance, one tweet from Musk yesterday wiped out $US580 million ($773.2 million) from Samsung SDI’s market capitalisation. No joke.

Rumours had been swirling that Samsung SDI, a company associated with Samsung that makes batteries and displays, was working with Musk’s company Tesla for batteries in the upcoming Model 3 electric car. But Musk set the record straight on Twitter yesterday afternoon, explaining that the company was working exclusively with Panasonic.

“Would like to clarify that Tesla is working exclusively with Panasonic for Model 3 cells. News articles claiming otherwise are incorrect,” Musk tweeted, dispelling the rumours. The belief had been that if Panasonic couldn’t handle producing enough batteries for the new Model 3, then perhaps Samsung’s SDI division would pick up the slack. 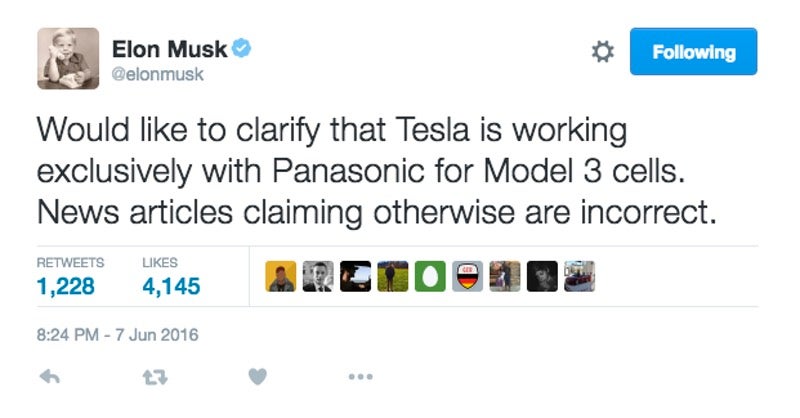 Investors, much like many car consumers, are obsessed with the potential for Tesla’s Model 3. The car is slated to be relatively affordable by luxury car standards. Until now, Tesla electric vehicles had largely been the realm of the super rich. But if Tesla can figure out how to take their tremendous branding cachet and turn it into something that middle class people can afford (without sacrificing its luxury appeal) then many investors are going to get very, very rich.

Samsung, on the other hand, took a walloping over the head — all thanks to some rumours that turned out to be false. But if Musk’s Twitter account has that much power, we hope he has a strong password and two-factor authentication turned on. If Musk ever got hacked, it could send markets into a minor tailspin. Seriously, it’s happened before. Remember the time the stock market reacted to false news of US President Obama’s assassination in 2013 after the Associated Press Twitter account got hacked?

Bloomberg has reported that Tesla may still be working with Samsung on their Energy products, meaning those Powerwalls and Powerpacks that people can use in their home and businesses for power storage.

I reached out to Tesla, where a spokesperson confirmed that Tesla Energy’s potential use of Samsung battery technology involved the “energy storage products for home, commercial and utility-scale use”.