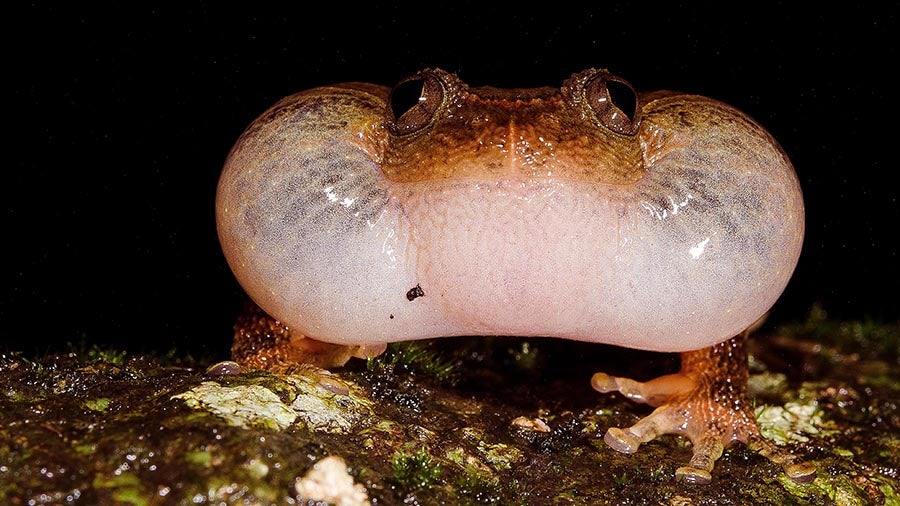 Until recently, only six frog mating positions had been documented — which is still five more than most people would have ever expected — but as New Scientist points out, a seventh froggystyle position has been found. It's messy. Image: SD Biju via Eureka Alert

Before you go taking sex advice from the Bombay Night Frog, let it be known that the "dorsal straddle" position, as the newly discovered mating style is called, involves no actual genital contact. I guess frogs are kinky like that. Instead, the male frog grabs onto the limbs of the female and covers her back in sperm. As she lays her eggs the sperm drips down, fertilising them. Good luck getting that image out of your head.

The new position was discovered over the course of 40 visits to the Western Gnats of India between 2010 and 2012 by a team of researchers led by Professor SD Biju from the University of Delhi. Males were located by their mating calls and were then filmed with an infrared camera once they had found a suitable female to straddle dorsally. The findings showed that, while this new position might not increase fertility, it's probably a more expedient means of mating since it leaves the frogs less vulnerable to predators while they're getting it on.