Marvel And Sony Have Realised That Sharing Is Caring, Especially Since They're Sharing Spider-Man 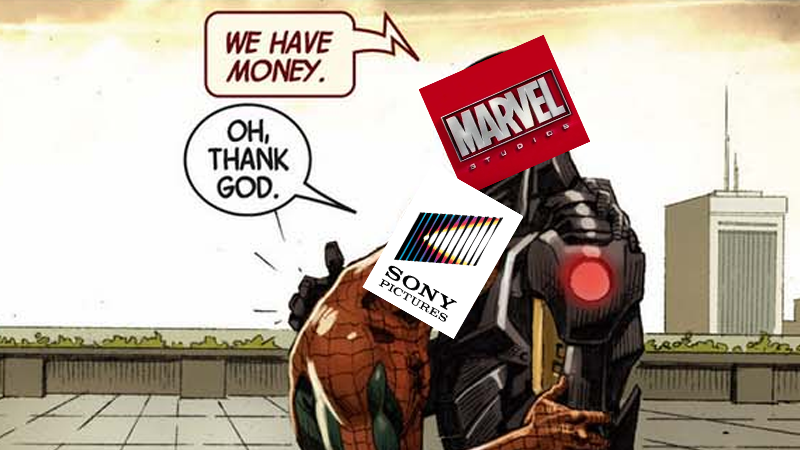 Now that we actually live in a reality where Marvel's Cinematic Universe can call itself home to the most iconic superhero in the world, it's weird to look back at the time when Marvel and Sony's relationship over Spider-Man was a bit frostier than it is now. Times have changed, though, and it seems like will be in this happier status quo for the long haul. I'm so sorry. (Original art from Avengers #2 by Jerome Opeña, 2012)

That is, according to Sony Pictures chairman Tom Rothman, who in an in-depth interview with The Hollywood Reporter indicated that Sony isn't just very happy with their Marvel relationship now, but they see it as an opportunity to build a whole new universe out of Spider-Man projects, while still being part of Marvel's ludicrously successful film pantheon:

Since you teamed with Marvel, do you plan to make a whole Spider-Man universe? Do you have plans for more work with Marvel?

Yes to both those questions. It's been fantastic, our relationship with Marvel.

Who has greenlight authority?

Sony has the ultimate authority. But we have deferred the creative lead to Marvel, because they know what they're doing. We start shooting the new Spider-Man in Atlanta [in mid-June].

Do you want to trim the costs of that franchise?

I don't want to trim costs. I want to make money. And sometimes you make money by trimming costs and sometimes by investing in things that are profitable. A movie like Spider-Man by Marvel, that's not inexpensive. But it's a great investment. Knowing that Marvel has such a clear, creative vision, I sleep very well at night.

While it's to be expected — this deal was never just going to be for Civil War, Homecoming and then cameos in future Marvel films or something — this is the most frank a Sony executive has been about the new status quo staying for the foreseeable future. We've had hints already, of course, with the expansion of projects like the Spider-Man animated film, or even beyond the movies to the new deal the two companies have struck over a Spider-Man video game franchise exclusively for Sony's Playstation consoles.

But yes, Marvel and Sony are really the best of buds — and as long as the most lucrative superhero in all of comics-dom keeps raking in the money, they will be for quite some time.