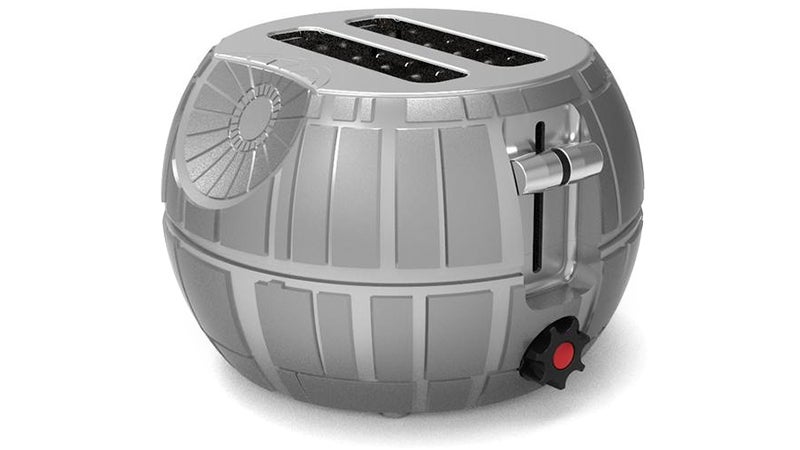 The ultimate power in the Star Wars universe can also be the ultimate power on your kitchen counter now that the Death Star has been turned into a two-slice toaster with settings for light, dark, burnt, and Alderaan'd.

The toaster won't be available until late September at the earliest, but you can pre-order it now for around $US66 ($90) which gets you the Death Star-shaped appliance with a cool-to-the-touch housing, reheat and defrost settings, and a removable crumb tray which you can pretend is actually a trash compactor.

As far as toasters go it's not cheap, but it has a secret weapon to separate you from your hard-earned cash. Every slice of toast that pops out of this Death Star is branded with the Star Wars logo. You won't even want to spread jam or peanut butter on your toast and risk covering up this appliance's best feature.