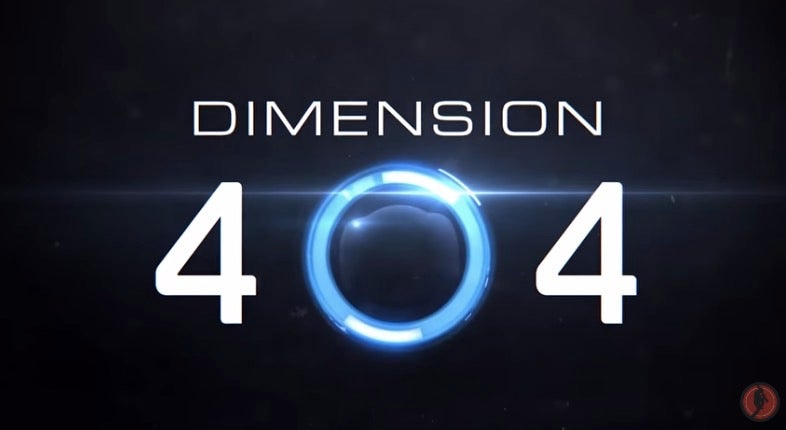 Hulu's new six-part science-fiction anthology series will be titled Dimension 404 after the "404 Not Found" error code, familiar to anyone who has ever plunged down an internet rabbit hole. And the show, which just made some major casting announcements, sounds like it will be diving down some rabbit holes of its own.

Dimension 404 aims to evoke that 3 a.m. feeling of wandering onto the weird side of the web, stumbling upon stories that cannot be explained in the world that we know. Each episode will explore a different bizarre mystery, including an obscure cartoon that may hold the secret to time travel or energy drinks perhaps causing a global apocalypse.

One episode will feature Lea Michele (Screen Queens, Glee) and Robert Buckley (iZombie) as a duo whose online meet-cute doesn't last long in real life. Another, more intriguing episode will take place in 1982 and star Ryan Lee (Goosebumps) as a shy, closeted video gamer who discovers a mysterious arcade game with a "dark and bloody provenance."

Dimension 404 is being made by digital studio RocketJump, which has a series featuring action-comedy shorts on Hulu already (RocketJump: The Show). It also has a YouTube channel with nearly eight million subscribers and content that includes prank videos; series like Video Game High School; and behind-the-scenes vids like the above, in which the Dimension 404 makers cite The Twilight Zone, The Outer Limits, and Creepshow as being among their inspirations.