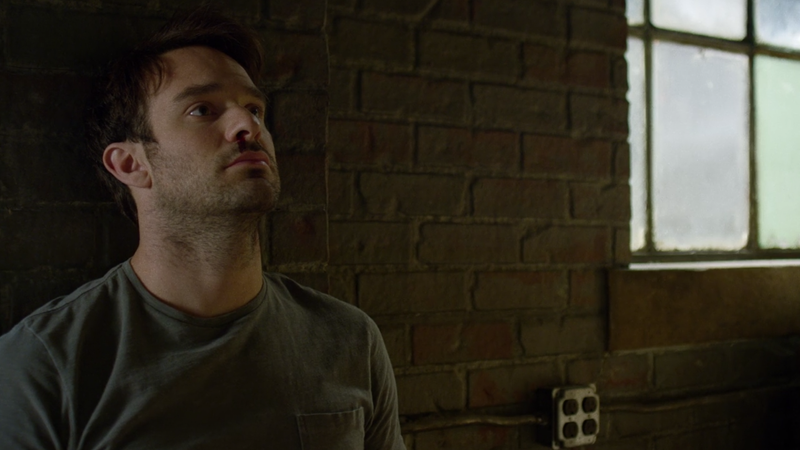 This is a story of actor earnestness that is almost too cute to bear: Charlie Cox has revealed he recently messed up a big audition for a role in a Star Wars movie. How? By being too good... at playing Matt Murdock in Daredevil. The adorable tidbit comes from a new interview conducted by The Hollywood Reporter about Cox's upcoming role in an off-Broadway production called Incognito. In the play, Cox has six different roles, and unlike his role as the Man Without Fear, all of them have eyesight. It's likely a welcome break from playing blind in Daredevil... which is what caused Cox to botch up an audition for a potential role in what he believes was the Han Solo spinoff movie:

I had gone to an audition — one of those things that are super secretive and they don't tell you, but I'm pretty sure it was for the Han Solo reboot — and halfway through it, the casting director stopped me and said, 'Why aren't you looking at me?' I realised I had gotten into a habit of not making eye contact, because the only thing I had done for two years is play someone who is blind. I never got invited back, probably because they couldn't figure out why I was acting like a complete idiot.

That's right: Cox has gotten so used to playing blind as Matt Murdock, he kept forgetting to make eye contact when auditioning for other roles. It's nice to see him so committed to his Daredevil work, even if it ends up making him blow a role elsewhere.

That said, now I'm imagining an alternate reality where Charlie Cox is playing the younger Han Solo instead of Alden Ehrenreich. It... weirdly works?