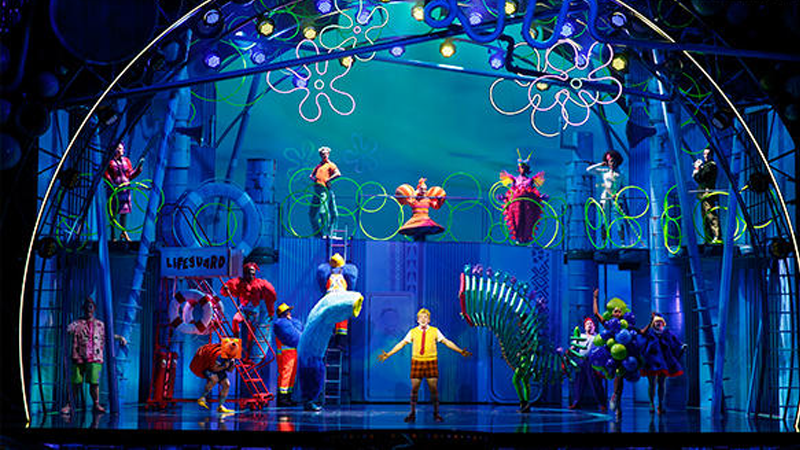 Bikini Bottom is leaving the ocean for the bright lights of Broadway — which, honestly, seems like a bad idea for a population of marine life. But yes, The Spongebob Musical is an honest-to-god thing, and now we've got our first look at its decidedly non-spongy cast in action. Image Credit: EW/Joan Marcus

Entertainment Weekly has the reveal of the first cast pictures from the musical, currently running at Chicago's Oriental Theatre before making a planned move to Broadway next season. The musical follows Spongebob, Patrick, Sally, Squidward and the rest of Bikini Bottom attempting to stop a nearby volcano named Mount Humongous from erupting and destroying them all... with the power of showtunes, presumably. 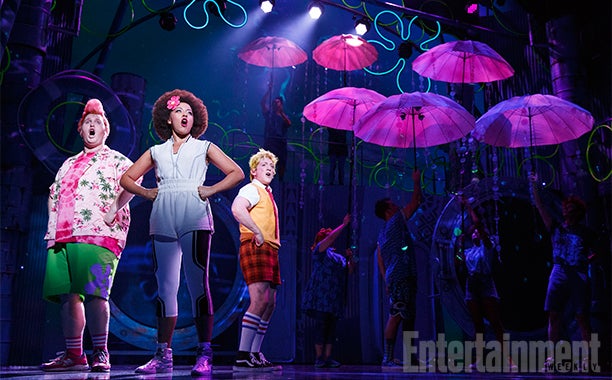 But man, it is weird to see these characters as humans, rather than being done up in makeup and costumes á la The Lion King musical or something. Sally (played by Lilli Cooper) looks pretty great, but Ethan Slater's Spongebob just looks like a guy in a jumper and shorts. It's pretty weird, even for the fact we're discussing a Spongebob Musical. Would a sponge costume really have been too silly for this endeavour? 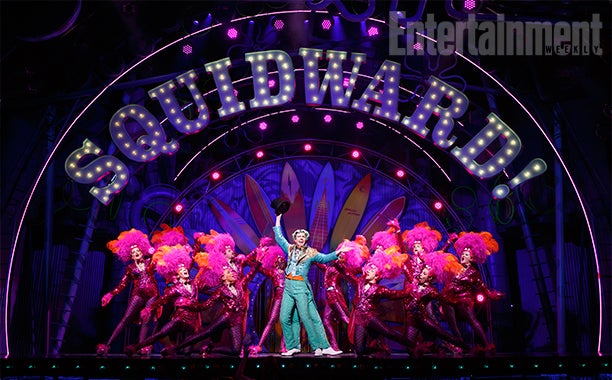 The thought of Squidward singing, though, is intriguing, even if he's more of a squid-man than fans would usually expect to see. Tickets are available for the production now.