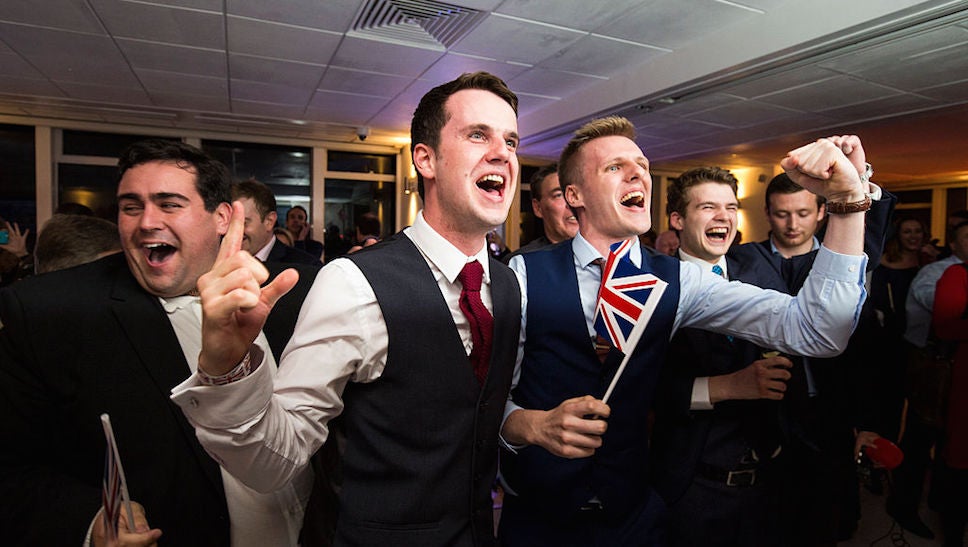 You may have heard the news that the UK voted to leave the EU, which sent the global markets plunging and led to the resignation of the prime minister. But there's more! Google Trends suggests that many people in the UK still aren't sure what passing "Brexit" even means. Image: Getty

According to Google Trends, there was a 250 per cent spike in searches for "what happens if we leave the EU" around midnight British time, which is after the voting ended and presumably around the time global currencies went wild and Scotland started saying again it didn't want to be part of the UK anymore. There has also been a surge in searches on how to get an Irish passport, as Ireland is still part of the EU. Think of it as the British version of "moving to Canada if Trump wins". Stateside, Brexit isn't good for the American science community either, as the "leave" vote might mean a loss of talent, funding or collaboration. Australia will be affected too, with trade, tourism and the economy negatively impacted.

There's no proof the spike means the people who actually voted in the referendum had no idea what would happen. (Let's hope. Then again, the "leave" campaigners are already saying the results are not their fault.)

Given that turnout was about 72 per cent, it's likely that the frantic googlers are those other 28 per cent who didn't think the daily headlines worldwide and massive campaigns with celebrities involved were worth paying attention to at all — which isn't really much consolation.

[Google Trends, via The Verge]