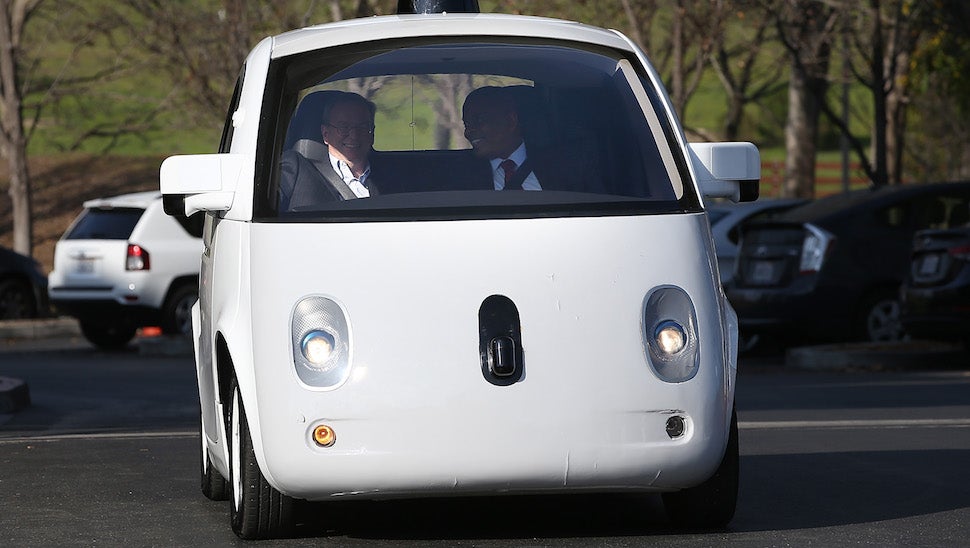 Google’s driverless cars are tiny, compact and have what can only be described as “car face” with headlights that look like eyes and a sensor that looks like a nose. Generally speaking, they’re pretty cute, which makes Google’s latest experiment — teaching them to honk — all the more amusing.

The effort is laid out in Google’s May self-driving car report, which describes the honk (a primal, animalistic call if ever there was one) as the self-driving car’s “voice”. But instead of the human method of honking (reflexive, irrational, aggressive and often accompanied by unintelligible screaming) Google assures us that its driverless cars will be unfailingly well behaved.

“Our self-driving cars aim to be polite, considerate, and only honk when it makes driving safer for everyone,” the report says. Well, that makes one of us.

To help train the fleet, the horn was initially only allowed to honk inside the car so as not to disturb other drivers. The test drivers noted whether each beep was “appropriate” which then allowed Google’s engineers to tinker with the software. Now, Google says, its honking algorithm — a horrifying concept, to be honest — can distinguish between various situations and honk accordingly:

If another vehicle is slowly reversing towards us, we might sound two short, quieter pips as a friendly heads up to let the driver know we’re behind. However, if there’s a situation that requires more urgency, we’ll use one loud sustained honk.

The honking mechanism is designed with safety in mind, which is, of course, highly important. Yet, there are questions to be answered.

What about the more devious uses for horns? Will the car also honk at dudes or chicks it wants to bang? Will it honk at old people who take roughly 40,000 light years to cross the road? Will it honk when it sees someone getting road head? And what about the drivers it encounters — will they inch ever closer, creeping further and further until they get a honk, repeating the process until the car suddenly becomes sentient and combusts with rage?

Probably not, but one can dream!