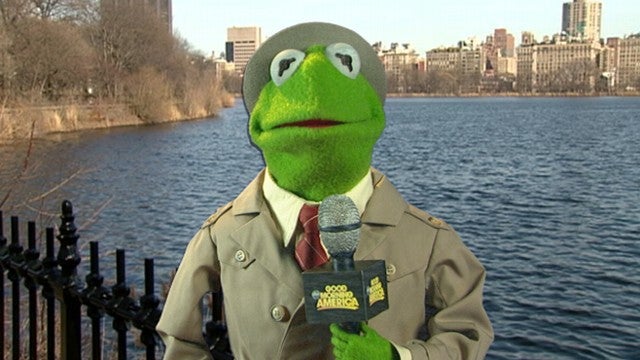 Last night, folks on the internet were chuckling heartily over a faceplant of a tweet from Good Morning America.

The "tea lizard" in question is, of course, Kermit the Frog. In the very off chance you don't know, he's arguably the most well-known of the Muppets characters created by master puppeteer Jim Henson. A picture of Kermit sipping tea became a popular meme two years ago.

Disney bought the Muppets in 2004. The House of Mouse also owns ABC, the network on which Good Morning America airs. Moreover, Kermit has appeared multiple times on the program, both as a correspondent and as a subject of interviews himself.

When you learn that your employer really DGAF about you ?#TeaLizard pic.twitter.com/xQeta2AxQd

Mediaite notes that "tea lizard" might be a reference to another out-of-touch meme anti-joke from months back.

I understand not liking crying Jordan but to not like the tea lizard. Jesus

Nevertheless, that first GMA tweet still comes off poorly because it doesn't work the reference well — if that's what they were trying to do — and betrays a misunderstanding of how humour reads on Twitter. Gonna be a real awkward Disney employees' holiday party.

GMA/tea lizard thing is weird b/c they're both Disney entities. It’s like going to a family reunion and thinking your cousin is a stranger