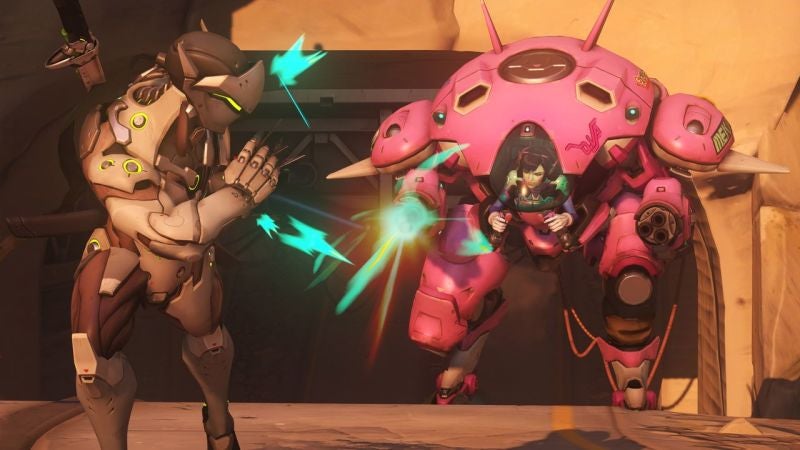 Maybe Facebook was paying attention when Elon Musk tweeted that he loves Overwatch. Just a day later, the site said it's working on a game streaming feature that would let us watch from the News Feed as Musk battles those particular robots. COINCIDENCE? Well, definitely, but that doesn't mean this isn't Facebook's newest attempt to take over the internet one niche at a time and show us what we didn't know we liked. Game streaming is nothing new, and it's currently dominated by Twitch (owned by Amazon) and, to a lesser extent, YouTube, which joined in the game only a year ago. Facebook's new feature is a little more limited and only lets people livestream games from Blizzard Entertainment, which includes World of Warcraft and, yes, Overwatch. Users can log into Blizzard using Facebook and then stream to their feed, while viewers can leave real-time insults — I mean, comments — from Facebook itself.

Twitch, unlike Facebook, clearly already has a dedicated gamer userbase. You could call Twitch the ESPN of game streaming, with about 100 million people a month on the site. Thing is, the people who use Twitch are already into gaming, just like the people who watch ESPN are already into sports. (Not to mention that Twitch isn't without its technical problems, like a horrible chat client, that Facebook might be less likely to have.)

As anyone who has ever had to block Farmville game requests probably suspected, there are way more than 100 million people playing games on Facebook — 600 million to be exact — and many of these are people who might be interested in watching live video games battles and don't even know it.

Working on this feature is a smart move at a time when esports are getting bigger and bigger. It will take advantage of all the potential eyes on Facebook, which could lead to very lucrative deals. Just as Facebook Live helped us realise that watching strangers do things as mundane as getting a haircut could be weirdly fascinating, game streaming could spread the gospel of video game battles far and wide.