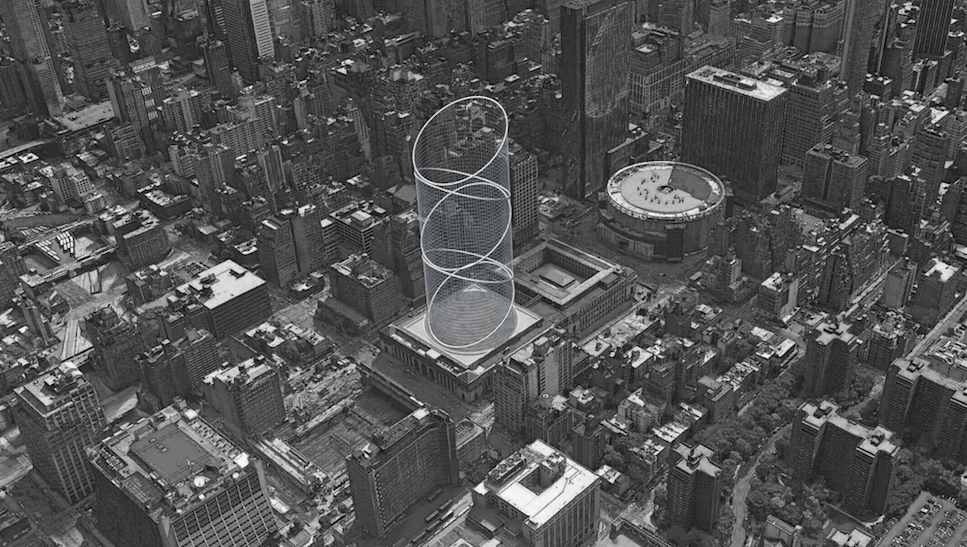 Many New Yorkers have schlepped to Penn Station to take a train out. We've sat in the waiting room, bored, and said to ourselves, I know what would improve my experience better. If only I could go on a 1,200 foot amusement-park ride before my train arrived.

One group — Brooklyn-based design studio AE Superlab — had the bravery to speak this truth. In response to a request for proposals to improve Penn Station, the lab sent in their idea to build a roller coaster either right on top, or possibly on the nearby Farley Post Office Building. Though developers claim it could generate up to $US38 ($51) million a year in ticket sales, it seems unlikely this project would be given the go-ahead. Still, the design is admittedly very cool. 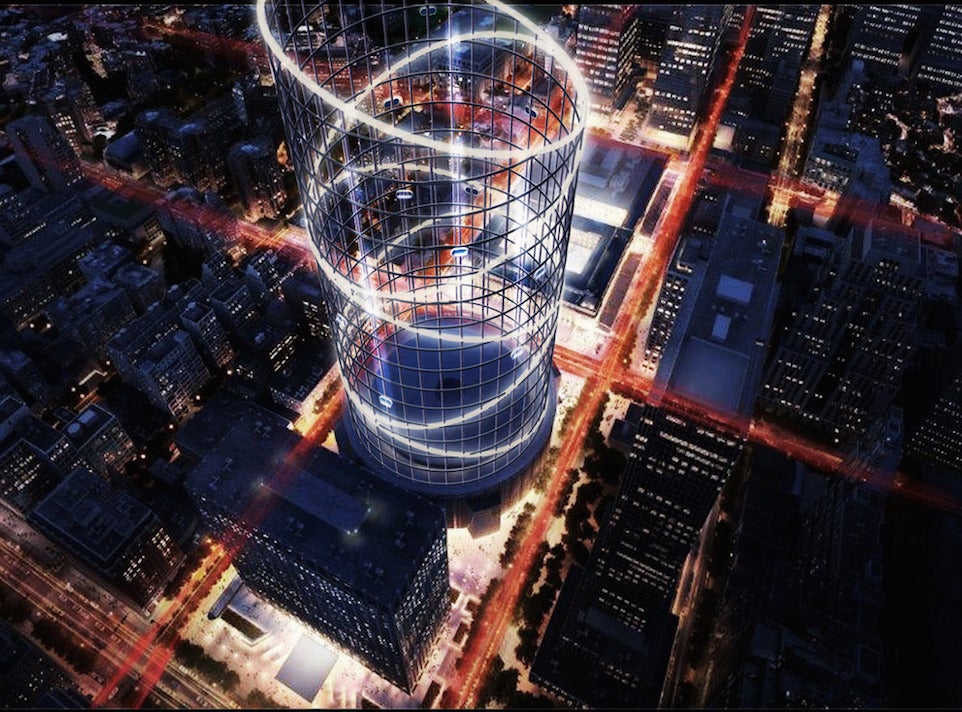 It would have 11 gondolas freefall in five rings in five rings, representing the five boroughs, at speeds of up to 100 mph. Taller than the London Eye (take that, Brits!), it would also have a LED facade that displays sports updates and weather. And it'd do wonders for the skyline.

With 650,000 commuters getting lost in Penn Station every day, it certainly does need a revamp. It's unwieldy, hated, ugly, and generally sucks. This might not be the most feasible of the plans to revamp Penn Station, but it can certainly join the ranks of beautiful redesigns that we maybe shouldn't quite quite yet.